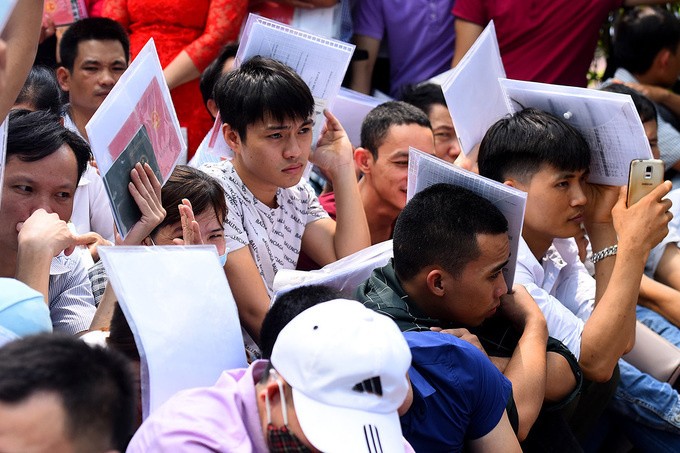 TAIPEI (Taiwan News) -- Five Vietnamese have been detained by the country's Ministry of Public Security in a case linked to the trafficking of 152 tourists in Taiwan late last year, it was announced on Monday (May 6).

Criminal investigations have been launched against the four men and one woman. They are being held on the charge of "organizing and/or coercing other persons to flee abroad," reported VnExpress. They face up to 20 years in prison for the crime.

At least 56 of the individuals were still at large by mid-February. Later the same month 22 Vietnamese were arrested at a slaughterhouse in Taipei's Wanhua District for working illegally.

Vietnamese migrants have been taking advantage of the "Kuan Hung Pilot Project" (觀宏專案), a free e-visa program that was launched in 2015 as part of the New Southbound Policy. It also simplifies visa procedures for tour groups.

VnExpress reported that Taiwan Tourism Bureau figures show 225,702 individuals have visited Taiwan under the scheme. Vietnamese comprise 72 percent of the 566 people who have disappeared.

The online portal also revealed that South Korea has temporarily halted Vietnamese worker visits from 10 provinces. More than 30 percent of these overseas workers have stayed on illegally after their contracts expired.

In March two Taiwanese and two Vietnamese were prosecuted for being behind the disappearance of the 152 Vietnamese tourists, in December. They were charged for violating the Employment Service Act and Human Trafficking Prevention law, according to VnExpress.

The individuals reportedly charged from US$1,000 (NT$31,000) to US$2,500 to arrange jobs for the Vietnamese migrants who illegally entered Taiwan. Typically, they work in factories, as caregivers or as prostitutes.