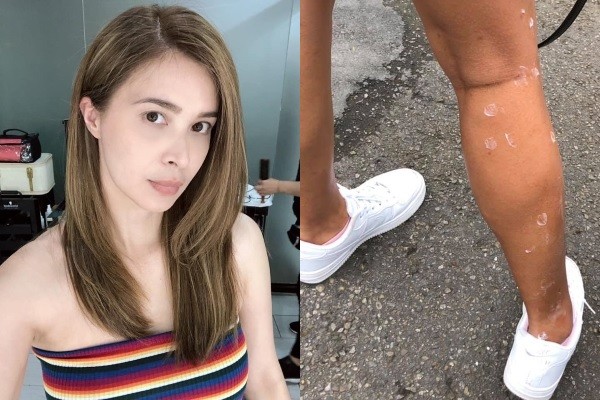 TAIPEI (Taiwan News) -- Filipina actress Sunshine Cruz on Saturday (May 4) posted a message on social media warning of an infestation of bed bugs in her hotel room in Taipei.

On a Facebook post uploaded on Saturday (May 4), Cruz warned her followers to think twice about staying in the Hotel Papa Whale as she claimed the hotel "is infested with bed bugs." She alleged that her group had suffered "for days with numerous bed bug bites all over our bodies."

She said that because her group of 40 was so large, she was told by the hotel that they would have to "pay extra" if they wanted to transfer to other rooms they "can't do anything" about the situation.

Cruz, who was vacationing with her daughters Angelina, Sam, and Chesca, posted several photos of people in her party covered in bites from head to toe. She also included a video which appeared to show bed bugs crawling in a duvet.

Cruz comes from a famous Filipino acting family and made her mark in 90s films such as "Ekis: Walang tatakas" and "Ang Kabit Ni Mrs. Montero."