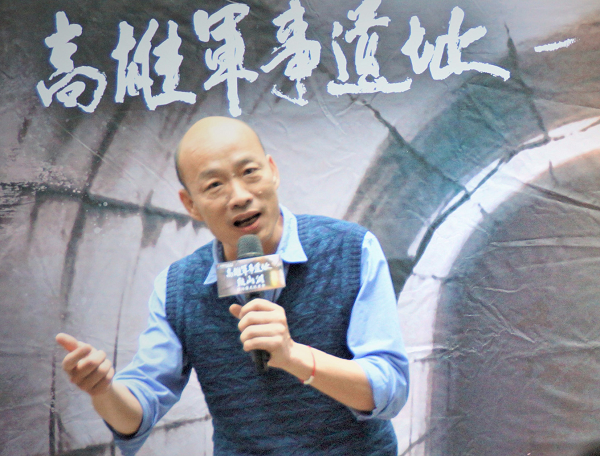 TAIPEI (Taiwan News) -- The chairman of the Kuomintang (KMT) political party, Wu Den-yih (吳敦義), announced on May 4 that the draft rules for the upcoming 2020 KMT primary election would be officially submitted to the KMT Central Standing Committee on May 15.

The draft rules, which are expected to be approved that day, will include a list of registered primary candidates who have submitted all required fees to participate in the primary election, according to the party chairman.

In order to be a viable candidate in the KMT primary a candidate must submit NT$5 million (US$162,000) along with necessary documents, thereby signaling intent to run in the party primary.

Kaohsiung Mayor, Han Kuo-Yu (韓國瑜), who remains a favorite among party supporters, has not yet officially declared his candidacy, sending contradictory messages over the past few weeks. The KMT likewise, has been clear in its efforts to pressure the reluctant Han into joining the race.

In order for Han to officially join the primary selection process, he should submit the campaign registration fee before the primary draft rules are submitted to the KMT Central Standing Committee.

According to the KMT website, Han's supporters will be permitted to raise the funds themselves in order to register on behalf of Han. However, the Kaohsiung Mayor will need to submit a letter of proxy signaling his intent to run in the election, in order for the registration to be valid.

Although the draft rules have yet to be officially implemented, reports indicate that the KMT will select its presidential nominee based entirely on opinion polls carried out among KMT party members. The candidate with the highest support in the party will be declared nominee at the National Party Congress on June 28.

While the party continues to name Han a "hopeful," there are five candidates who have declared their intent to participate in the KMT primary election: Terry Gou (郭台銘), Eric Chu (朱立倫), Wang Jin-pyng (王金平), Chou Hsi-wei (周錫瑋), and Chang Ya-chung (張亞中).

Han will either register for the KMT primary within the next week, or give up his opportunity to be the KMT’s standard bearer for the general election in January 2020.