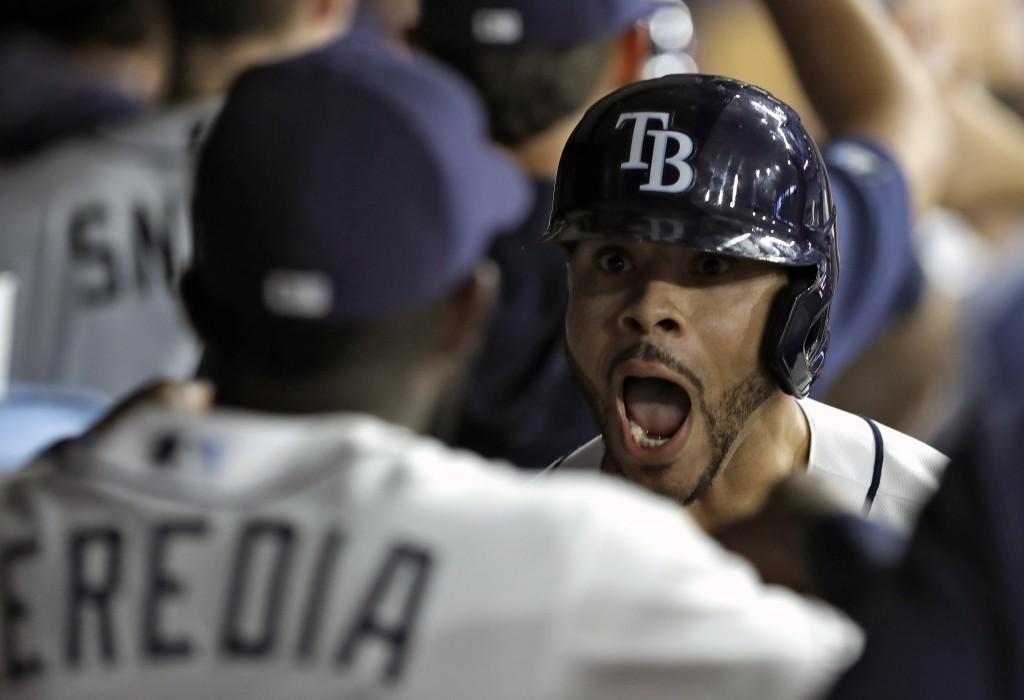 Snell (3-3) rebounded from allowing a career-high seven runs over three innings of an 8-2 loss at Kansas City last week to hold the Diamondbacks without a hit until Ildemaro Vargas singled with two outs in the sixth. Snell got out of the inning and finished with nine strikeouts in an 83-pitch outing.

Chaz Roe relieved to start the seventh and Casey Sadler allowed an unearned run in the ninth to finish a two-hitter before 8,124, the lowest at Tropicana Field since September 2017.

CLEVELAND (AP) — Tim Anderson chased Trevor Bauer after the All-Star tweeted a playful message to Anderson earlier in the day, Yoán Moncada had a two-run homer and four RBIs, and Chicago routed Cleveland to stop a three-game losing streak.

Bauer (4-2) matched career highs by allowing eight runs and seven earned runs in five-plus innings, and his ERA rose from 2.45 to 3.42.

Anderson chased Bauer with a two-run single in the sixth.

Iván Nova (1-3) allowed one run and eight hits in seven innings for his first win since beating Milwaukee for Pittsburgh on Sept. 21.

CINCINNATI (AP) — Nick Senzel hit a leadoff homer after a swarm of bees finally left home plate, and the rookie connected again his next time up, leading Cincinnati past San Francisco.

The wild game included a record-tying four Reds getting plunked in one inning. Giants third baseman Pablo Sandoval pitched the eighth and also hit a batter.

The first pitch was delayed 18 minutes as bees swarmed above the backstop screen, prompting umpires and players to keep a safe distance before the bees flew away.

Senzel connected on the second pitch by Drew Pomeranz (1-4) and homered again in the second inning for a 6-0 lead.

Luke Voit, Brett Gardner and Thairo Estrada homered off Hernández while New York gave Sabathia a 6-0 lead after two innings and held on for its 12th win in 16 games. Hernández (1-3) settled in after that, completing five innings of seven-run ball.

Domingo Santana and Dee Gordon homered off Sabathia (2-1), but the oversized lefty limited Seattle to three runs over five innings.

Jason Castro homered and had three RBIs before leaving with a sore right elbow after he was hit by a pitch in the eighth inning.

Rosario chased Marcus Stroman (1-5) with a two-out solo drive in the fifth.

Villar connected in the second inning off Josh Smith (0-1), who was making his first start with Boston. The drive came after Villar was robbed of a first-inning double when a fan reached over the 7-foot wall and interfered with left fielder J.D. Martinez's effort to make a catch.

Villar's second career slam was more than enough support for Means (4-3), who allowed one run and three hits, striking out four and walking none.

Springer opened the first with his 11th home run of the season, including three leadoff drives. He added an RBI double in the eighth.

Roberto Osuna pitched the ninth for his eighth save.