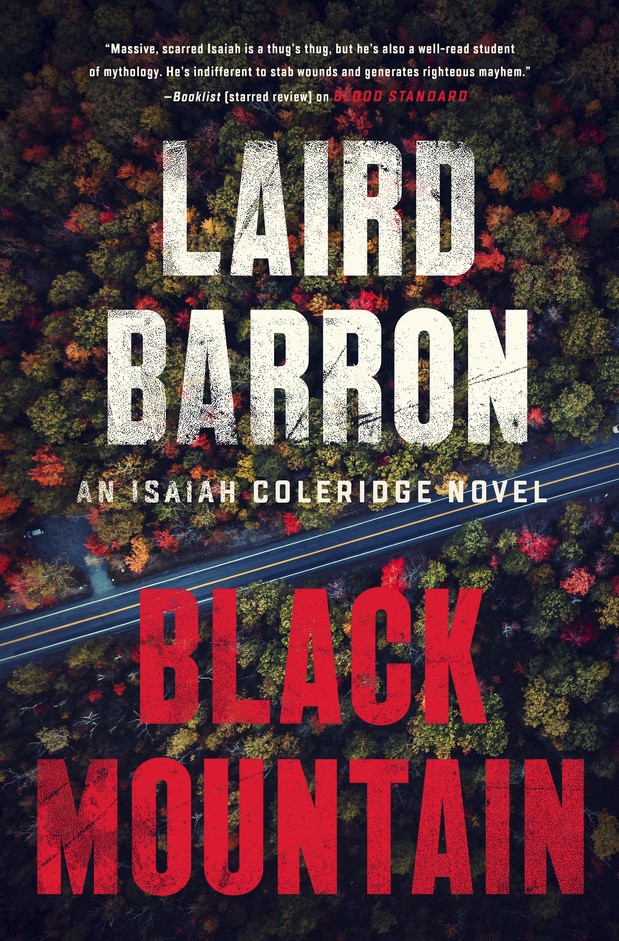 Like a lyricist, Laird Barron excels at manipulating the tones and cadence of language. Like a Gothic novelist, the mood he creates is often bleak.

"You don't teach a child to become a killer by rote lectures," he writes. "To create a predatory machine, you foster an appreciation of the natural world and our minuteness upon its canvass... We are as nothing and that permits us to do anything."

It comes as no surprise, then, that Barron wrote both poetry and horror before turning to crime fiction with "Blood Standard (2018)," a novel that introduced former mob enforcer Isaiah Coleridge. At the start of that violent book, Coleridge appeared to be such a predatory machine; but by its conclusion, he vowed that from then on he would kill only those who have it coming.

Barron's new novel, "Black Mountain," finds Coleridge working as a private investigator in the Catskills of upstate New York. There, the local mob boss hires him to find out who brutally killed two organized crime strong arms_and why.

As Coleridge digs into the case, he learns that many other victims, mostly derelicts and prostitutes, have been murdered in a similar fashion. Soon, his suspicions focus on another retired hitman, a mysterious psychopath known as the Croatoan, the name of a Native American tribe to which he may or may not be related.

But the case proves to be far from straightforward. The Croatoan would be an old man now. Is he even still alive? Could he be killing with the help of an assistant? Could the murders be the work of a copycat? Before long, it gets murkier with tendrils leading to a beautiful woman from a powerful family, her unscrupulous father, a team of mercenaries soldiers, a multinational corporation, and a government cover up.

When he manages to sleep, Coleridge is terrorized by a black wolf in dream sequences that are evocative of early Stephen King. But unlike Barron's first novel, most of the violent action occurs offstage.