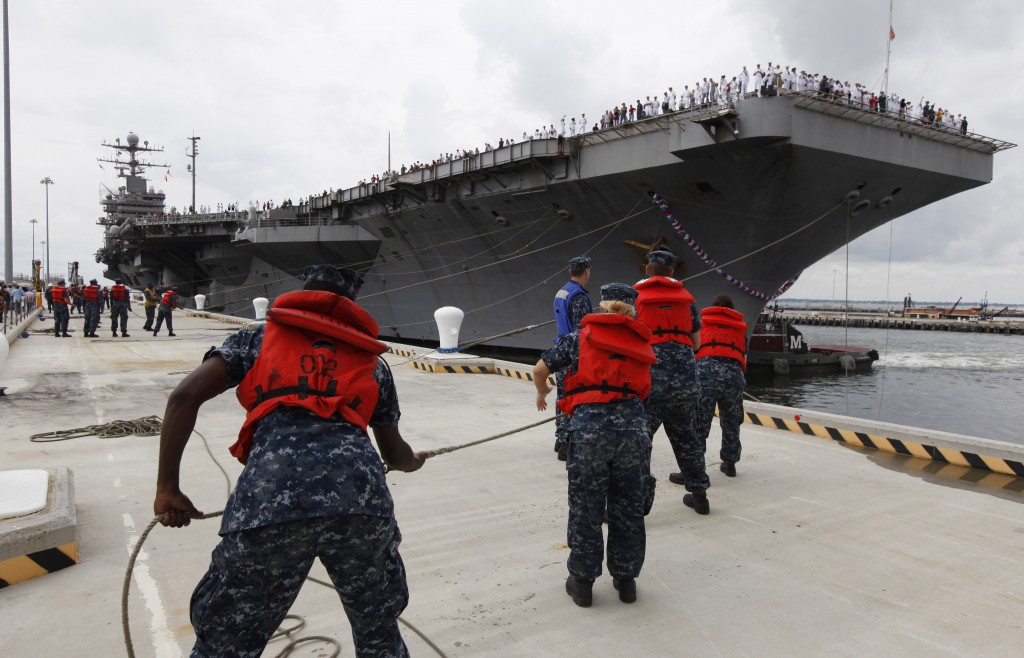 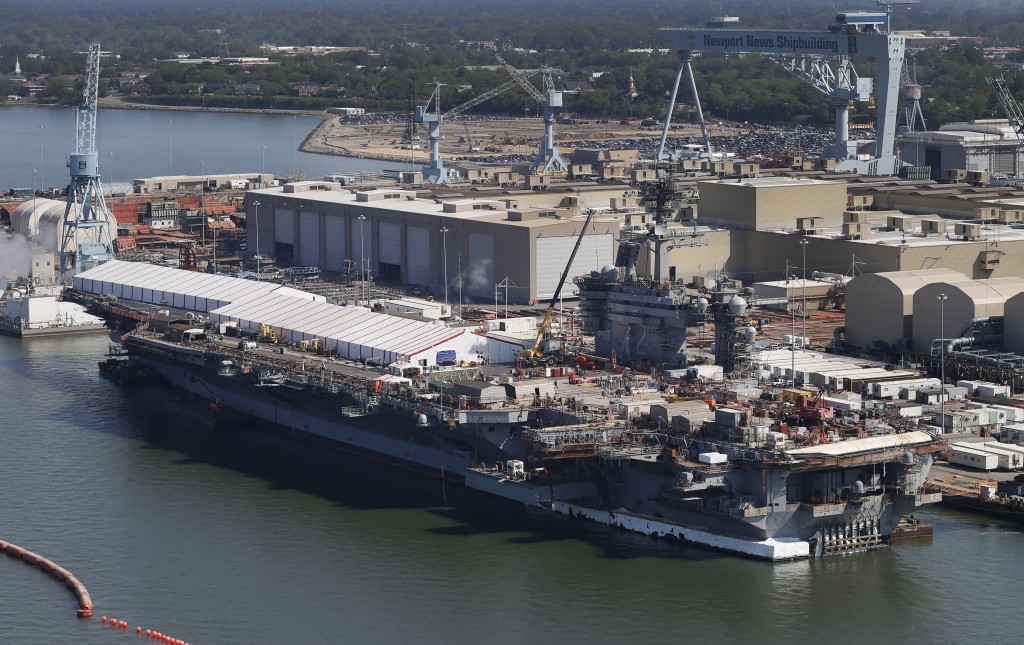 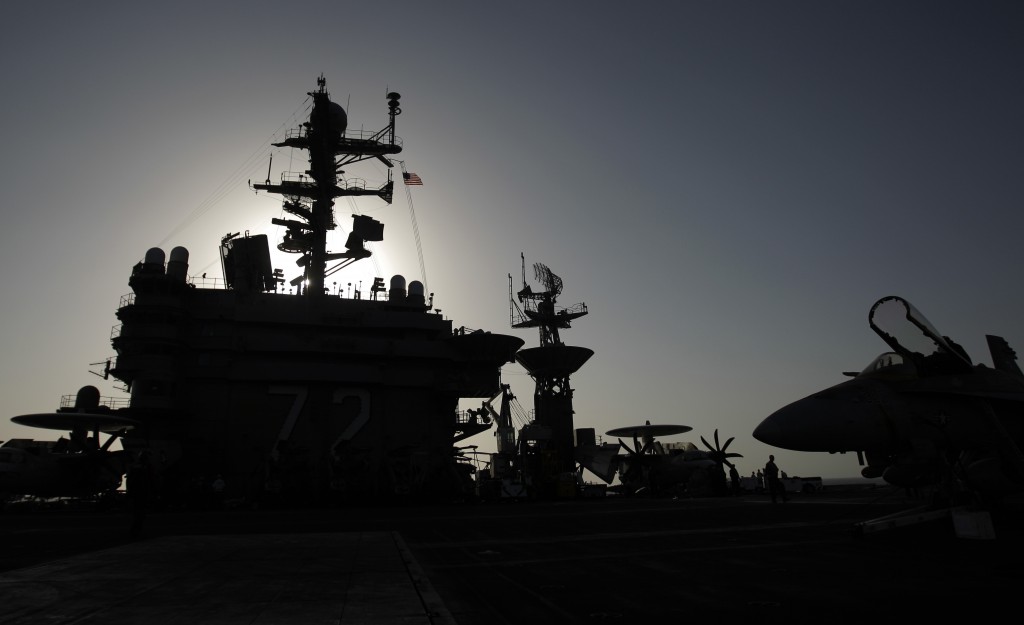 WASHINGTON (AP) — The U.S. is rushing an aircraft carrier and other military resources to the Middle East after seeing Iranian troops and proxy forces making preparations for attacks against U.S. forces and interests in the region, a defense official told The Associated Press.

At the White House, National Security Adviser John Bolton said Sunday night that the U.S. was deploying the USS Abraham Lincoln Carrier Strike Group and a bomber task force to the U.S. Central Command region, an area that includes the Middle East. In a statement, he said the move was in response to "a number of troubling and escalatory indications and warnings," but did not provide more details.

The request would get the ships into the region two weeks earlier than initially planned, according to the defense official, who wasn't authorized to speak publicly so spoke on the condition of anonymity.

The Abraham Lincoln and its strike group of ships and combat aircraft have been operating in the Mediterranean Sea recently. Bolton's reference to the Central Command area would mean the Lincoln is headed east to the Red Sea and perhaps then to the Arabian Sea or the Persian Gulf, which would take several days.

For years, the U.S. maintained a carrier presence in the Persian Gulf and Middle East region. During the height of the wars in Iraq and Afghanistan, there were two carriers in the area, but that was reduced to one.

Last year the administration decided to end the continuous carrier presence, and only send a strike group intermittently into the region. The U.S. Navy currently has no aircraft carrier in the Persian Gulf.

Bolton said the U.S. wants to send a message that "unrelenting force" will meet any attack on U.S. interests or those of America's allies.

"The United States is not seeking war with the Iranian regime, but we are fully prepared to respond to any attack, whether by proxy, the Islamic Revolutionary Guard Corps or regular Iranian forces," he said.

Along with the Lincoln, Bolton mentioned "a bomber task force," which suggested the Pentagon is deploying land-based bomber aircraft somewhere in the region, perhaps on the Arabian Peninsula.

Speaking to reporters while flying to Europe, Secretary of State Mike Pompeo said the actions undertaken by the U.S. had been in the works for a little while.

Asked about "escalatory actions," Pompeo replied, "I don't want to talk about what underlays it, but make no mistake, we have good reason to want to communicate clearly about how the Iranians should understand how we will respond to actions they may take."

Asked if the Iranian action were related to the deadly events in Gaza and Israel — militants fired rockets into Israel on Sunday and Israel responded with airstrikes — Pompeo said, "It is separate from that."

The Trump administration has been intensifying a pressure campaign against Iran.

Last month, President Donald Trump announced the U.S. will no longer exempt any countries from U.S. sanctions if they continue to buy Iranian oil, a decision that primarily affects the five remaining major importers: China and India and U.S. treaty allies Japan, South Korea and Turkey.

The U.S. also recently designated Iran's Revolutionary Guard as a terrorist group, the first ever for an entire division of another government.

Trump withdrew from the Obama administration's landmark nuclear deal with Iran in May 2018 and in the months that followed, reimposed punishing sanctions including those targeting Iran's oil, shipping and banking sectors.

Bolton and Pompeo have in recent months spoken stridently about Iran and its "malign activities" in the region.