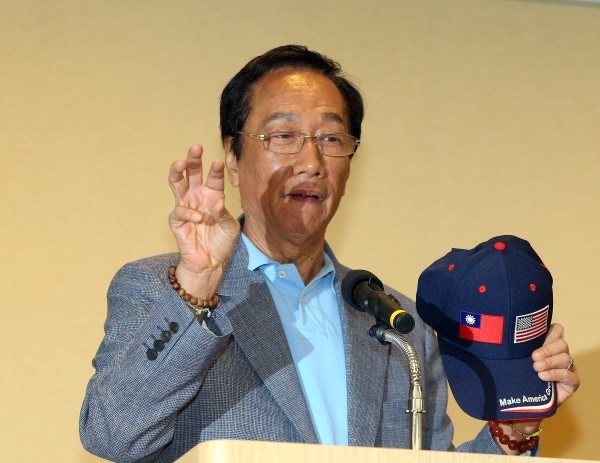 In response to Gou's earlier statement about Taiwan being part of China, Minister of the Mainland Affairs Council (MAC) Chen Ming-tong (陳明通) at the Legislative Yuan this morning admonished the Foxconn founder to not confuse the global community. Prior to a meeting over the budget, Chen told reporters that "The Republic of China (Taiwan) is a sovereign and independent country and Taiwan has never been part of the People's Republic of China. Chairman Gou, please don't send the wrong message to the international community," reported Liberty Times.

Gou then directed a comment toward Chen: "I also ask the Minister of the Mainland Affairs Council not to spread false information. Don't label me indiscriminately. The China I am referring to is the Republic of China."

Gou said that he wants to "make the Mainland (China) face up to the existence of the Republic of China and the fact that both sides are working hard to develop the economy."

At the end of the press conference, Gou asked a foreign reporter to come up and read a message written by Trump which read, "Terry, thank you. You are great! -Donald Trump."