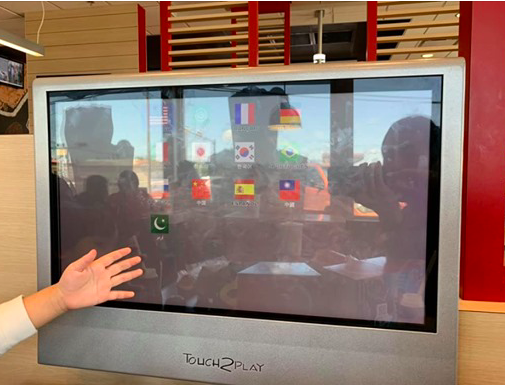 TAIPEI (Taiwan News) – A Facebook user by the name of Andytn Tsai shared a photo taken in McDonald's in the U.S. State of New Mexico over the weekend which appears to show that McDonald's recognizes Taiwan as an independent country.

While traveling in the U.S., Tsai stopped in the New Mexico McDonald's and an interactive display screen showed nations around the world in which McDonalds operates restaurants.

Among the country flags shown are the national flag of Taiwan, as well as the red flag of communist China, separated by the Spanish flag between them.

Unfortunately, McDonald's apparently recognizes the so-called “1992 consensus” as Tsai jokingly observed in his Facebook post. Even though the two countries are represented with different flags, they are both labeled as “China.”

Earlier in 2019, McDonald's Taiwan stirred controversy in China when it released an advertisement on YouTube, in which a student ID featured in the video lists a person’s nationality as Taiwanese.

McDonald's Taiwan quickly took down the ad following backlash from Chinese netizens, but it did not officially address the issue, reports CNA. However McDonald's China, which is a separate entity, issued a statement apologizing for the ad which created “unnecessary misunderstanding.”

"We always hold a solid ‘one China’ stance and we are determined to continue to support China's sovereignty and territorial integrity," said McDonald's China.

Despite the confusion and mislabeling, at least the McDonald's restaurant recognized China and Taiwan are two separate countries, with two different governments, and two different national flags. All that is left to be sorted is the name.