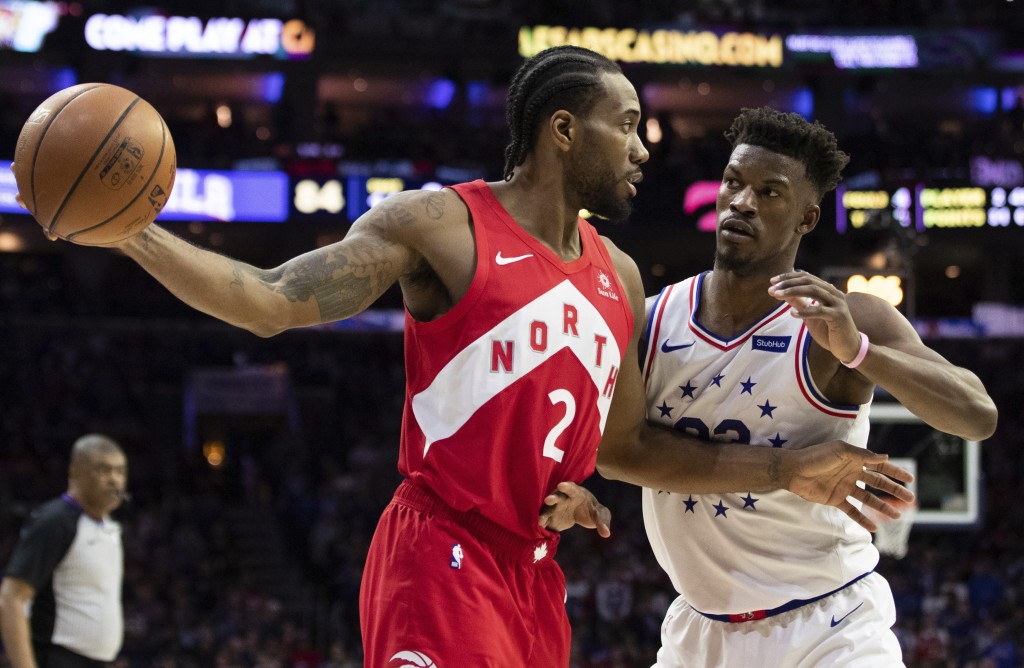 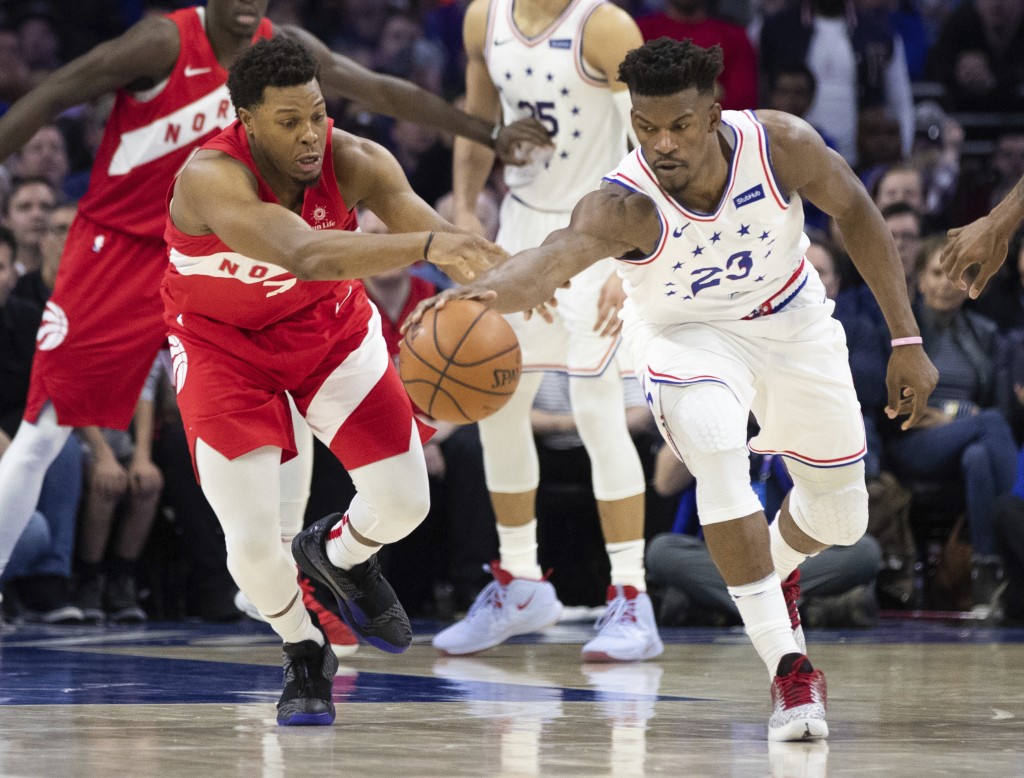 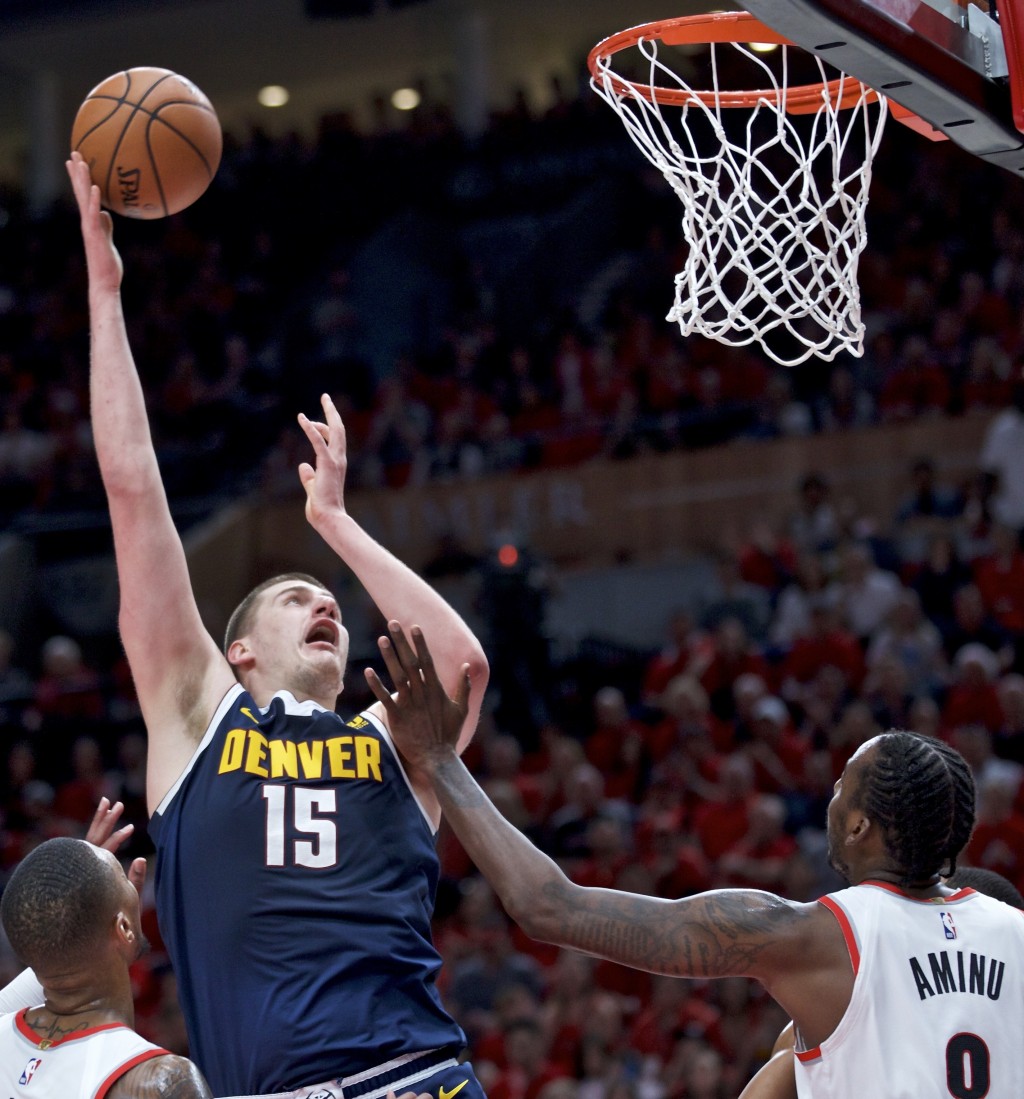 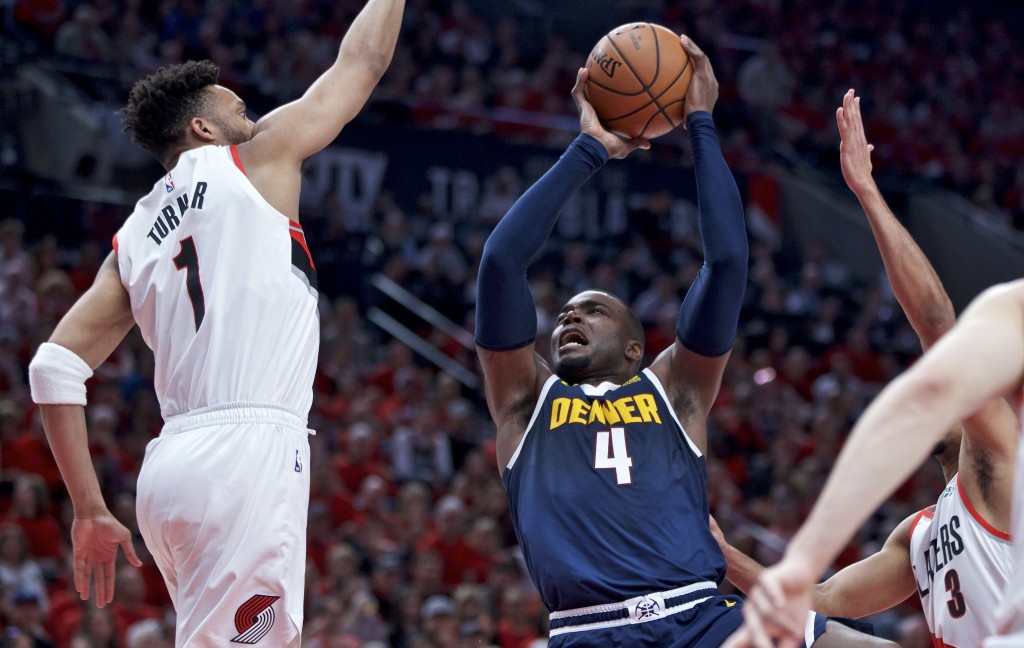 PHILADELPHIA (AP) — Kawhi Leonard scored 39 points, including a clutch 3-pointer with 1:01 left, to help the Toronto Raptors beat the Philadelphia 76ers 101-96 on Sunday and even the Eastern Conference semifinal series at 2-2.

Game 5 is Tuesday night in Toronto.

Jimmy Butler scored 29 and JJ Redick had 19 for Philadelphia. The 76ers are trying to reach the conference finals for the first time since Allen Iverson led them to the NBA Finals in 2001.

PORTLAND, Ore. (AP) — Nikola Jokic had 21 points, 12 rebounds and 11 assists for his second straight triple-double and fourth of the playoffs, and Denver evened its Western Conference semifinal series against Portland at 2-2.

Jamal Murray led all scorers with 34 points and made all 11 free throws for the Nuggets, who handed Portland their first postseason loss at home this season. The series now heads back to Denver for Game 5.

CJ McCollum had 29 points and Damian Lillard added 28 for the Blazers, who missed out on taking a 3-1 lead in a conference semifinals for the first time since 2000.

It was less than 48 hours after Portland's epic 140-137 quadruple-overtime victory to take a 2-1 lead in the series. It was only the second game in playoff history that went to four OTs. The other was in 1953.