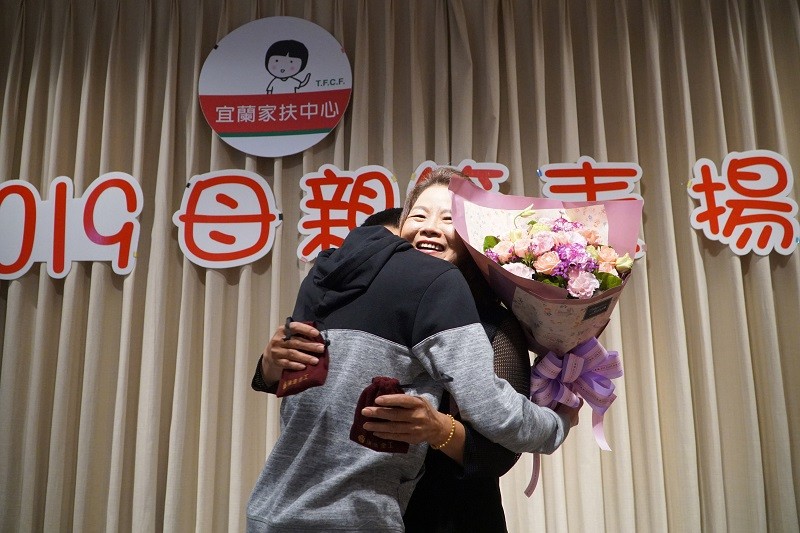 TAIPEI (Taiwan News) -- Single mother Wang Su-zhu (王素珠), who decided to end her hairdressing career and dedicate herself to raising her tenant’s two children full time 13 years ago, was commended on Sunday (May 5) by Taiwan Fund for Children and Families’ (TFCF) Yilan branch for her unselfish love, Central News Agency (CNA) reported on Sunday.

Wang, 60, told CNA that she divorced her husband when she was 28 years old and that she raised her own kids by herself and later adopted a son. All the three children became married and have started their careers, she added. As she had been working as a hairdresser at home, she began to double as hairdresser and babysitter for her male tenant’s children 15 years ago.

Wang said her tenant divorced his wife 13 years ago, and then became depressed in the following years. She told the news outlet that as the tenant’s job situation was unstable, she was afraid that he would take his two sons away and become suicidal. Therefore, she said to him, “It doesn’t matter because I’ll help you out. Don’t think too much,” CNA reported. She decided to end her hairdressing career and begin caring for the two boys full time.

There was no blood-relationship between Wang and the two boys; however, she has treated them as her own children, CNA reported. She recalled a night when the boys were sleeping in her bed, and one of the boys said with a sigh, “Why did they give birth to me and then leave me?” Upon hearing that, she held the boys in her arms and told them, “You’re grandmother’s angels. I’d be lonely without you,” according to the news outlet.

At the commendation ceremony, the boys gave her a big hug, and shouted loudly, “Grandma, I love you and want to pay filial piety to you,” moving Wang to tears and making the staff on the scene visibly touched, CNA reported.

“Children can’t live without a mother,” Wang said, adding that she is a single mother, so she understands the hardships a single-parent family usually experiences. Without the company and guidance of a mother, children can easily go astray, said Wang, who now only hopes the boys can grow up healthily and safely, then bravely pursue their own dreams in the future, according to the news outlet.