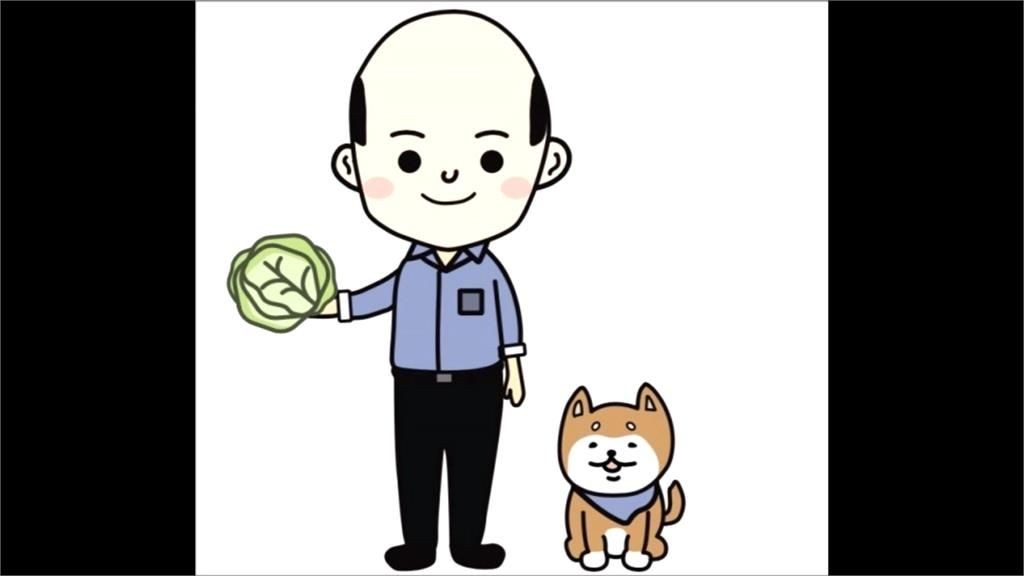 TAIPEI (Taiwan News) – The Kaohsiung City Government this week released a stylized cartoon image of Mayor Han Kuo-yu (韓國瑜), which public institutions in the city have been requested to use.

The cartoon image features the mayor holding a head of cabbage, and standing next to a small dog. The cabbage represents Han’s experience in Taiwan’s Council of Agriculture and his declared commitment to work for the farmers of Kaohsiung.

On Friday, May 3, public schools in Kaohsiung received a notice from the mayor’s office asking that the cartoon image be used in promotional materials whenever Han was involved in a public event.

After several schools asked the city if the cartoon image was required to be printed on such materials, the city government clarified that use of the cartoon was simply being encouraged to create “uniformity” among schools referencing the mayor in materials available to the public.

Liberty Times reports that Han has applied to trademark the likeness, which has led to some confusion, since the city’s Bureau of Information has said that public institutions may use the image without charge.

The notice urging use of the image has surprised many civil servants. Some have criticized the mayor of “self-deification,” by encouraging public institutions and government employees to use the image.