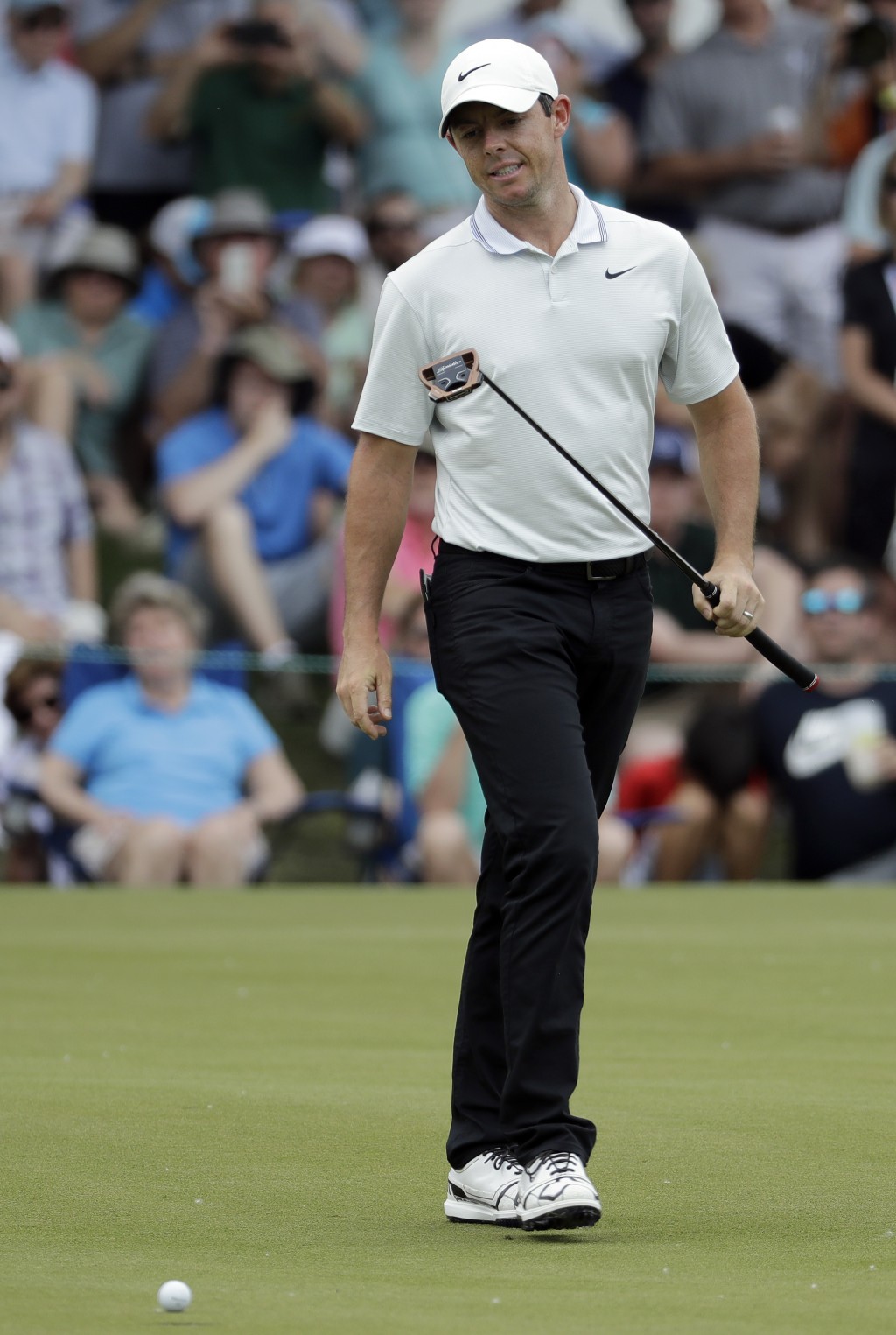 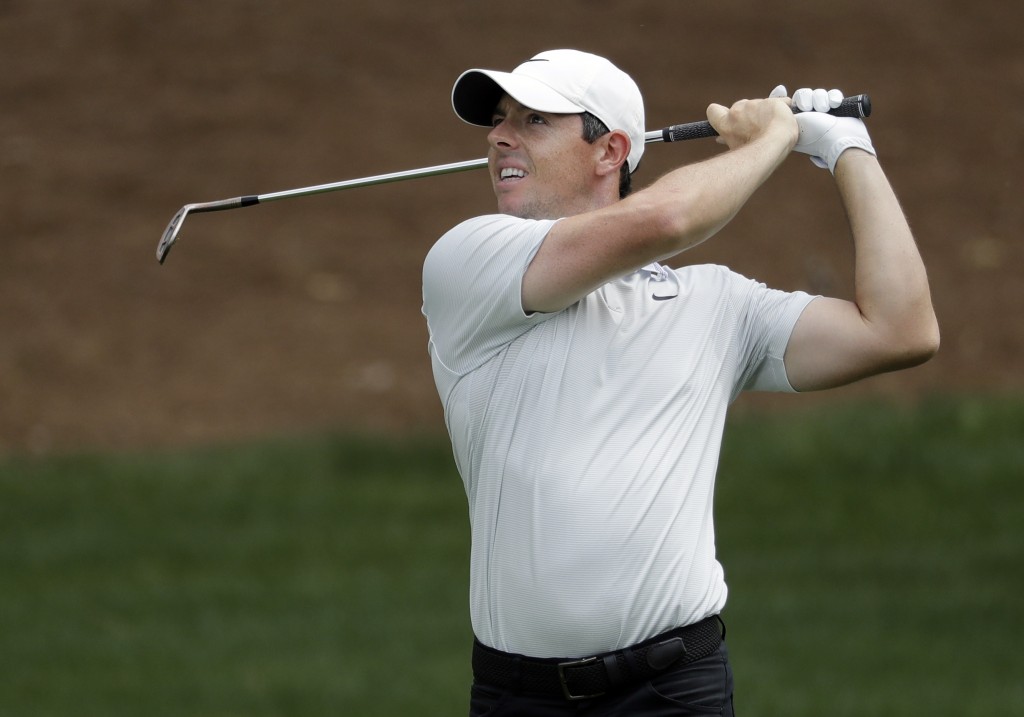 CHARLOTTE, N.C. (AP) — Rory McIlroy was in position to become the first three-time winner of the Wells Fargo Championship.

McIlroy celebrated his 30th birthday Saturday with a 3-under 68 to pull within two shots of leaders Max Homa, Jason Dufner and Joel Dahmen.

"I'm right there going into (Sunday), so I'm excited for that," McIlroy said after a round that was delayed twice by weather. "I'm three shots closer to the lead than I was starting off the day, so that's a good thing."

Nobody finishes the Wells Fargo Championship better than McIlroy.

He's been dominant on Sundays at Quail Hollow Club, which he calls one of his favorite courses. In his seven previous final rounds at the tournament he is a combined 19-under par, including a 62 in 2010 when he won the first of his two trophies.

His average final round score at the Wells Fargo is a 68.7, better than any other player. He's trying to join Tom Weiskopf as the only three-time winners at Quail Hollow. Weiskopf won the old Kemper Open three times on this course before the tournament moved to Washington.

McIlroy has experience on his side entering Sunday, too.

He's up against two players — Homa and Dahmen — who've never won on the PGA Tour, and Dufner, who is looking to break out of a lengthy slump and who appears to be just barely holding on after shooting 71 on Saturday. Pat Perez also was in contention, one shot ahead of McIlroy, but he's coming off a torn calf muscle.

As he walked from hole to hole, McIlroy was repeatedly greeted by fans wishing him happy birthday.

But there were no gifts for the star from Northern Ireland early in the round.

He opened with pars on his first six holes. It wasn't until the par-5 seventh that McIlroy drained a short putt for his first birdie. He finished the round with four birdies and one bogey.

Ironically, the bogey came after his best shot of the day.

McIlroy nearly holed out from the middle of fairway 99 yards away on the par-4 12th when ball just missed rolling backward into the cup with some backspin. It appeared McIlroy was building some momentum, but the second horn sounded suspending play again as he was lining up his birdie putt and he had to go all the way back to the clubhouse again. When McIlroy returned to the course, he three-putted for bogey.

"That one sort of got me a little bit," McIlroy said about the second delay. "But it's the same for everyone, we just have to deal with it the best we can."

But McIlroy pulled it together, making birdie on the short par-4 14th hole and the reachable par-5 15th hole to claw back to within two shots of the leaders, none of whom could separate themselves from the pack coming down the stretch at Quail Hollow's difficult three closing holes called the Green Mile.

McIlroy said the key for him Sunday will be patience, something he learned after winning the Players Championship earlier this year. During that victory he started the final two rounds 2-over before battling to get on track.

"I told myself I'm right in the thick of the tournament but you have to stay patient and almost let it come to you rather than try to chase it," McIlroy said about The Players Championship. "That was on that golf course. I think it's similar here. You have to pick your spots to be aggressive and make your birdies, the par 5s, the two short par 4s. If you can do that and pick those off and you don't make many mistakes, you know, 68 or 67's always going to do you pretty well around here."

It's no surprise that McIlroy is in contention.

He's in midst of another outstanding season. He's made the cut in all nine events he's entered and not finished worse than a tie for 21st,at the Masters.