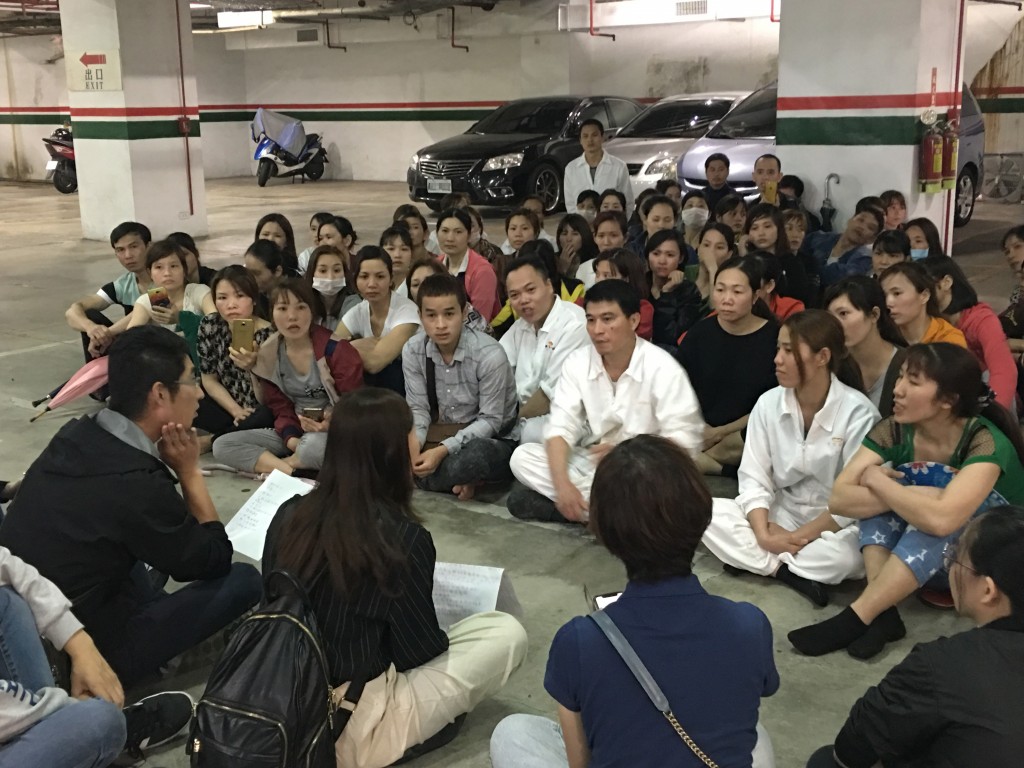 A New Taipei-based bread and pastry operator has agreed to compensate its migrant workers from Vietnam as part of a settlement over a dispute involving unpaid overtime, the city's Labor Affairs Department said Saturday.

The matter came to light when about 70 employees staged a protest outside the headquarters of Mei Ti Foodstuff in Xizhi District Friday, demanding the company pay them for the overtime and reimburse unlawful deductions from their monthly paychecks.

City labor official Liao Wu-hui (廖武輝) said the department was called in to mediate the matter that day and a settlement agreement subsequently signed between the two sides.

According to the labor department, the migrant workers complained that they worked an average 16-18 hours per day without rightful remuneration and that the employer also often deducted money from their paychecks for any defective items during production.

Citing the agreement, the department said the company has agreed to reimburse each migrant worker NT$20,000 per month as overtime compensation for the duration of their time at Mei Ti.

The company also agreed to return money deducted over the past two years, the department said, adding that the employer acknowledged its wrongdoings and undertook to treat its migrant workers better.

However, the Labor Affairs department continues to investigate the company and could yet decide to impose a fine.

According to Liao, the compensation and reimbursement settlement will be paid on May 15. (By Sunrise Huang and Ko Lin)