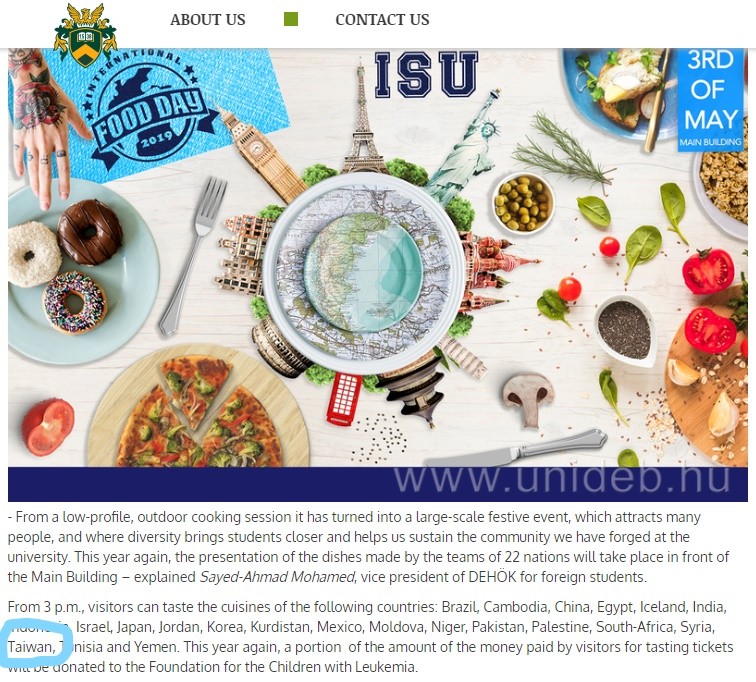 TAIPEI (Taiwan News) – The Ministry of Foreign Affairs (MOFA) has protested after China tried to force Taiwanese students out of a food market at their university in Hungary, reports said Saturday (May 4).

The University of Debrecen planned its annual International Food Day for May 3, inviting its students from 113 countries to set up stands and sell their gastronomic delights.

However, China objected to the presence of Taiwan on the program, leading to the island nation’s team being banned from the event, the Central News Agency reported.

The students alerted the Taiwanese representative office in the capital Budapest, which asked pro-Taiwan legislators to contact the university.

As a result, the students were allowed to go ahead and mark their stand at the event with the name “Taiwanese food.”
MOFA said the incident showed how far the Chinese government was willing to go to pester Taiwan, even waiting until the last moment before the start of a food market to try and prevent Taiwanese students from participating.