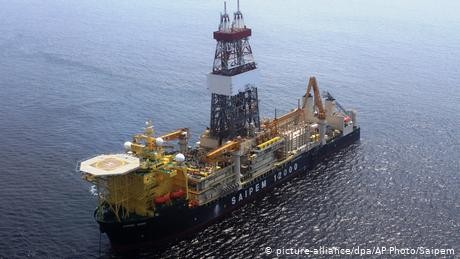 In recent years, energy companies have discovered a number of significant gas reserves in the Eastern Mediterranean, and the rush to develop the offshore resources is reshaping the region's political and economic dynamics.

Earlier this year, ExxonMobil, together with Qatar Petroleum, found the third large gas reservoir off the coast of Cyprus. Known as the Glaucus-1 field, this latest discovery will add to the inventory of Eastern Mediterranean gas reservoirs coming online in neighboring Israeli and Egyptian territorial waters, which are expected to form a new energy hub for regional and, possibly, export markets.

At the same time, officials in Washington are increasingly expressing support for cooperation between Israel, Cyprus and Greece in developing the reserves as a measure to counter both growing Russian influence in the Eastern Mediterranean, and also Turkish hostility towards gas development in Cyprus' territorial waters, where both have claims to energy resources.

The move signifies the return of direct US involvement in a region, where it has been largely absent in recent years as Russia strengthened its positions on the Syrian coast. Some officials in Washington and Europe also see the development of Eastern Mediterranean gas fields as a potential alternative energy source to Russian gas imports, through what is being called the East Med pipeline, which would run from Israel and Egypt through Cyprus, Greece and then onward to Italian and European markets.

"The US is finding Greece, and by extension Cyprus and certainly Israel, as the allies it needs if it's going to consolidate itself in the East Med," Harry Tzimitras, director of the Peace Research Institute Oslo Cyprus Center, told DW.

In a show of support, US Secretary of State Mike Pompeo met with Israeli, Greek and Cypriot leaders in March to discuss regional energy development and joint security initiatives. In April, US Senators Bob Menendez and Marco Rubio introduced the Eastern Mediterranean Security and Partnership Act, which would lift a decades-old arms embargo on Cyprus, as well as establish a "United States-Eastern Mediterranean Energy Center to facilitate energy cooperation between the US, Israel, Greece, and Cyprus."

The legislation is one of two bills introduced in the US Congress this year aiming to stop the transfer of the NATO coalition F-35 warplanes to Turkey, until officials in Ankara end negotiations to purchase the Russian S-400 missile defense system, which US officials say pose a threat to NATO defenses in Turkey, a NATO member.

The missile purchase is the latest in a long list of grievances that have aggravated US-Turkey relations. Much to the dismay of Ankara, Turkey has been left out of plans to develop Eastern Mediterranean gas and East Med pipeline proposals circumvent Turkish territory, excluding the country from the potential energy source and its economic benefits.

Niyazi Kızılyürek, a Turkish Cypriot candidate for the European Parliament with Cyprus' Progressive Party of Working People, said the isolation of Turkey could complicate future reunification efforts in Cyprus, where the northern third of the island has been occupied by Turkish troops since 1974.

"The way Israel is cooperating with the Republic of Cyprus in this field, in a way excluding Turkey from gas and energy policies, is something that won't help us solve the problem," Kızılyürek told DW. "Gas from Cyprus could have a meaning only if it contributes to the solution of the Cyprus problem."

Gas revenues and a divided island

Officials in northern Cyprus have claimed gas revenue from offshore developments must be shared between the Turkish Cypriots and Greek Cypriots as they are both heirs to the island's territorial resources. Yet Greek Cypriot leaders have proposed sharing revenues only if progress is made on reunification talks, which some Turkish Cypriots view as unfair.

Savas Toksoz, a general coordinator for the People's Party in northern Cyprus, said Turkish Cypriot leaders are open to discussions with US officials regarding gas development in the region, but must balance their interests with allies in Ankara.

"As Turkish Cypriots, we try to protect our rights and stand by our rights with help from Turkey, but that doesn't mean we are closed to alliance with the US," Toksoz told DW. "The US stance [towards us] depends on its relations with Turkey. The better it goes for US-Turkey relations, the better it is for us."

While some analyst have said gas development could help advance a resolution between Greek and Turkish Cypriots, Sener Levent, editor-in-chief of Afrika, an opposition newspaper in northern Cyprus

said he fears gas revenues could provoke more tensions in the country.

"What I'm afraid of is the 40,000 Turkish soldiers in Cyprus commissioned in the border zone between the north and the south," Levent told DW. "[President Erdogan] might incite provocation and that's what worries me the most."