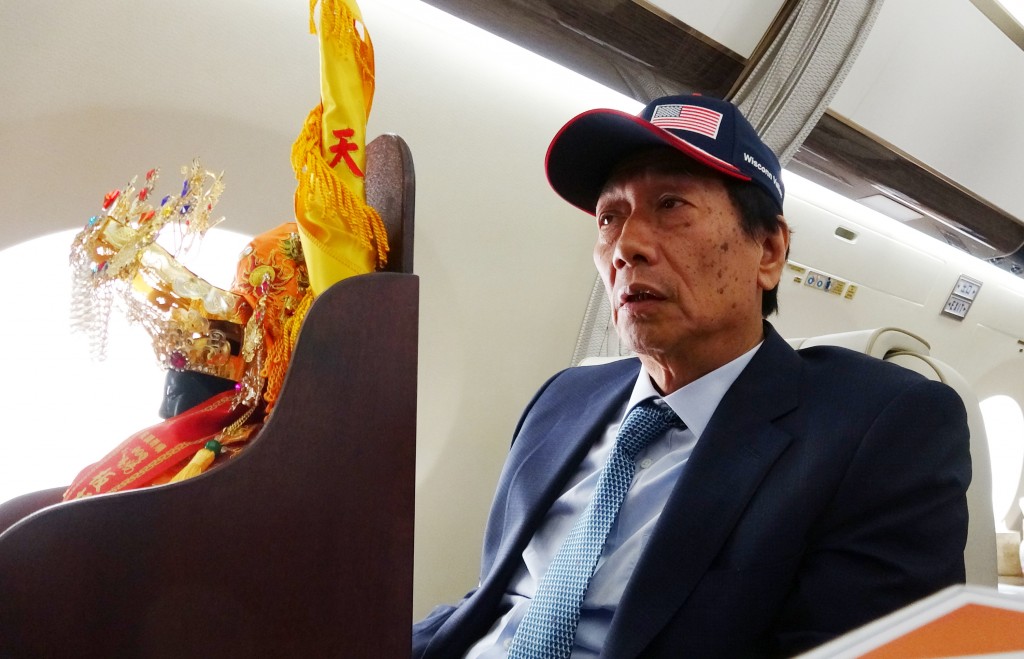 TAIPEI (Taiwan News) – Foxconn Technology Group founding Chairman Terry Gou (郭台銘) may have underestimated the difficulties and complexities to be a successful peacemaker between Taiwan and China, said academic Ying-lung You (游盈隆) Saturday (May 4).

Visiting the White House this week, Gou, who has declared his intention to seek the Kuomintang (KMT) nomination for the January 11, 2020 presidential election, reportedly told United States President Donald Trump he wanted to be a peacemaker in cross-straits relations, not a troublemaker.

However, the tycoon was lambasted for his statements as they seemed to reveal a lack of knowledge of the evolution needed to reach peace.

In an opinion piece for Storm Media, Taiwanese Public Opinion Foundation Chairman You wrote that Gou should not just talk about his aims, but also discuss how he thought of reaching them. You remarked that the Foxconn founder had put the term “peace” at the front of his apparent priorities if he ever became president, ahead of “stability, economy, future.”

As China was not bent on abandoning communism, the only thing Taiwan could do was to raise the potential cost of an invasion, thus strengthening its own defense as much as possible, including making occasional purchases of weapons from the U.S.

Taiwan and China could only know eternal peace if 1.4 billion Chinese could enjoy a democratic life free of fear, You concluded.

The academic also criticized President Tsai Ing-wen (蔡英文) for seemingly advocating bypassing the Democratic Progressive Party’s democratic primary process. She recently said that opinion polls to select a presidential candidate amounted to competition, competition equaled attacks, and if there were attacks, no solidarity would be possible within the party, You said in his Storm piece.

The academic warned that the DPP would lose its core values if it once decided to hold a party congress to anoint a candidate for the January 11, 2020 election instead of letting the primaries run their course.

He compared Tsai’s current reasoning with the rationale once used by the KMT under Martial Law to oppose the organization of democratic elections.