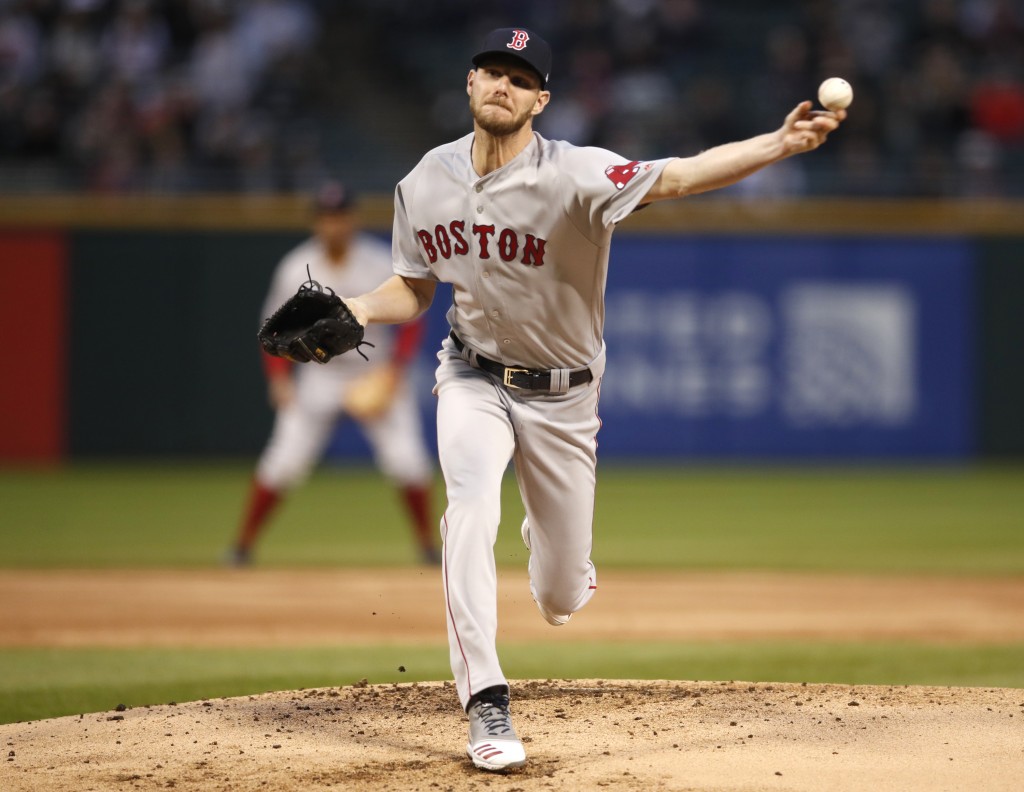 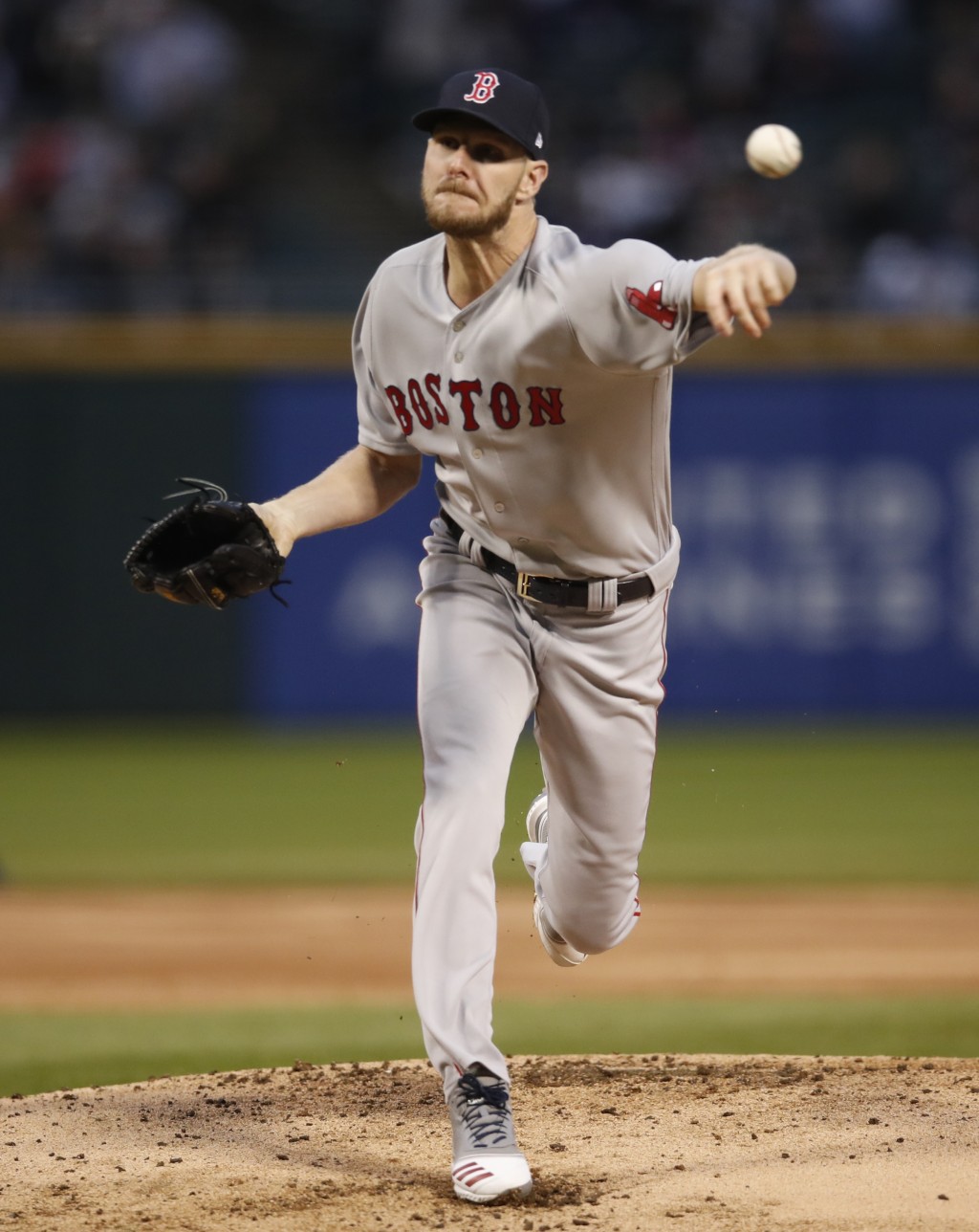 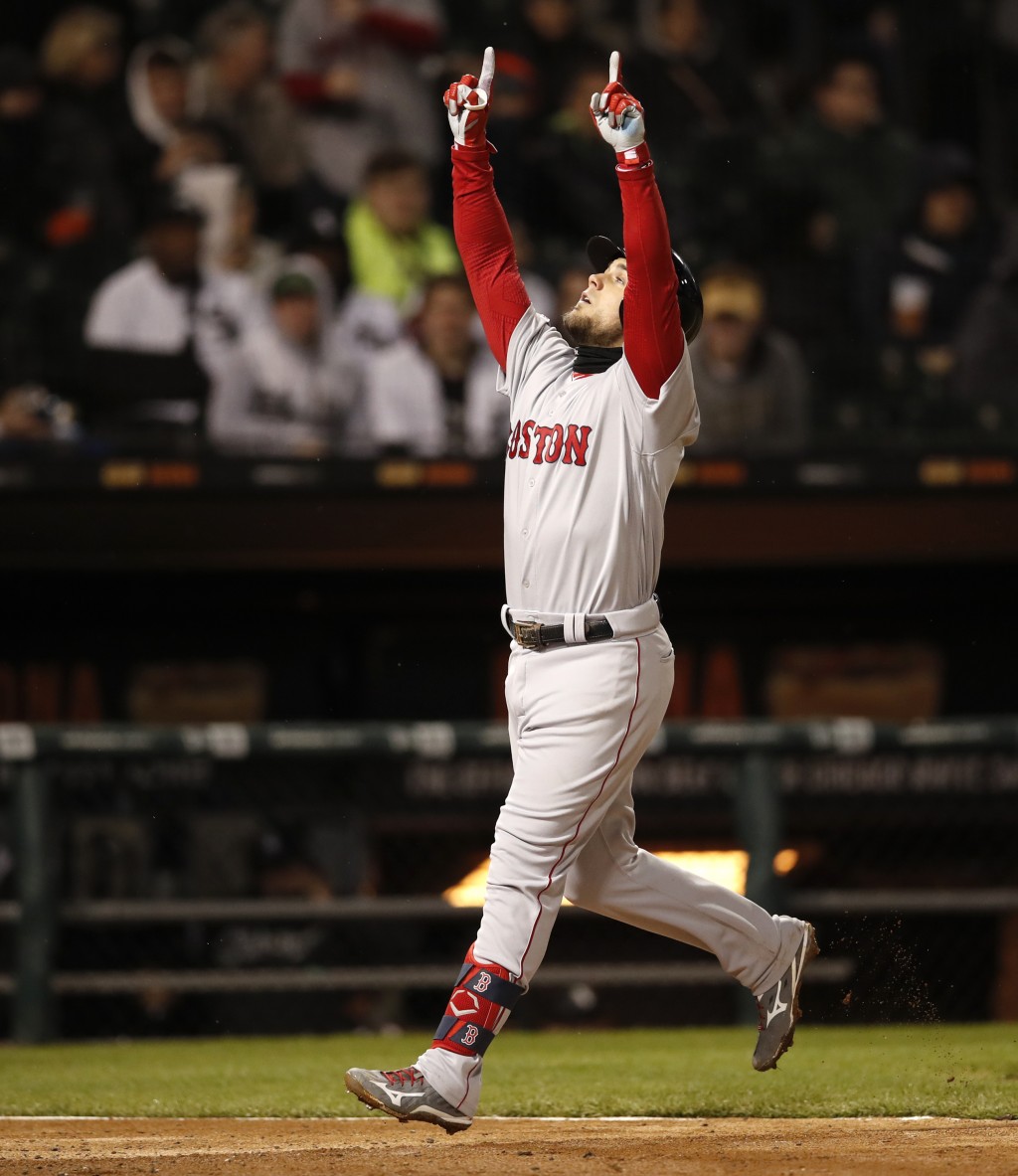 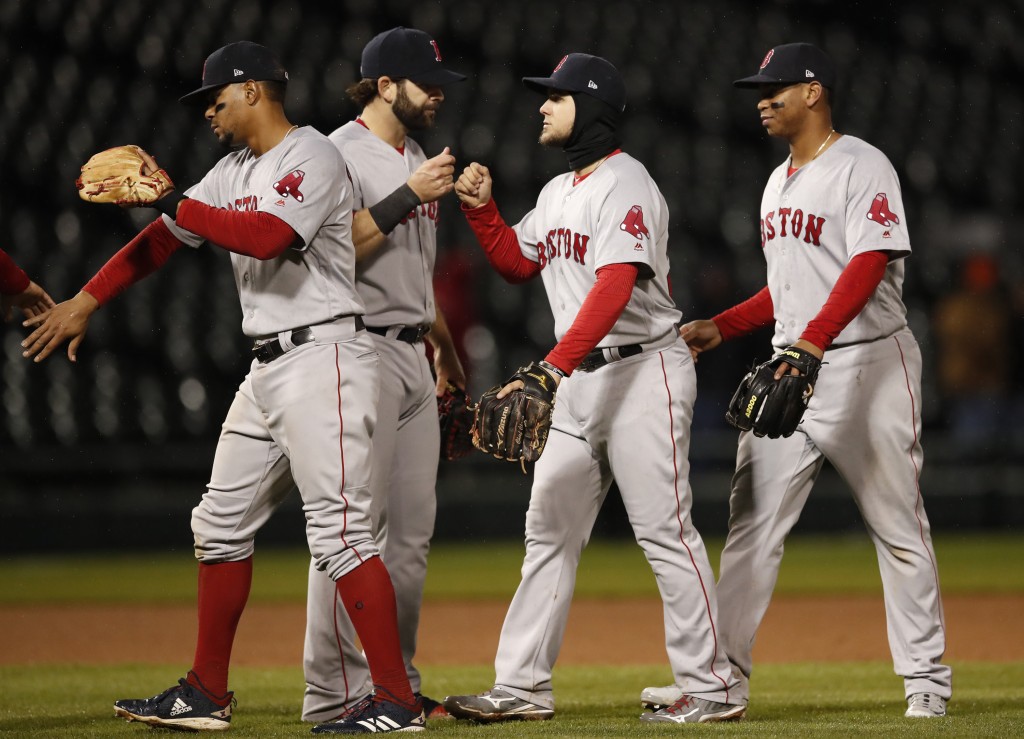 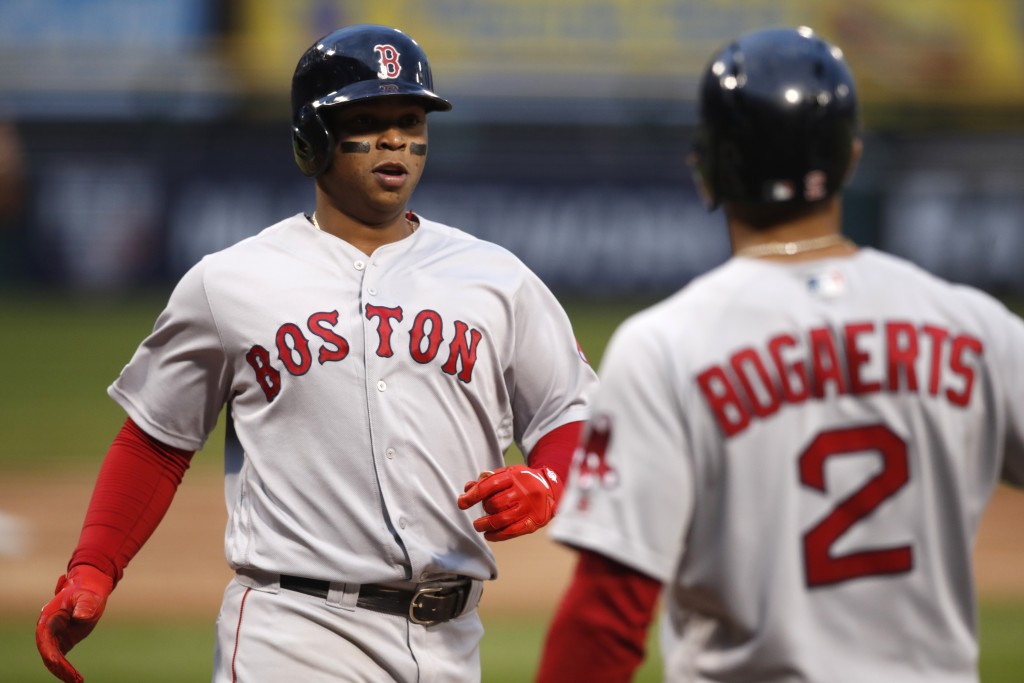 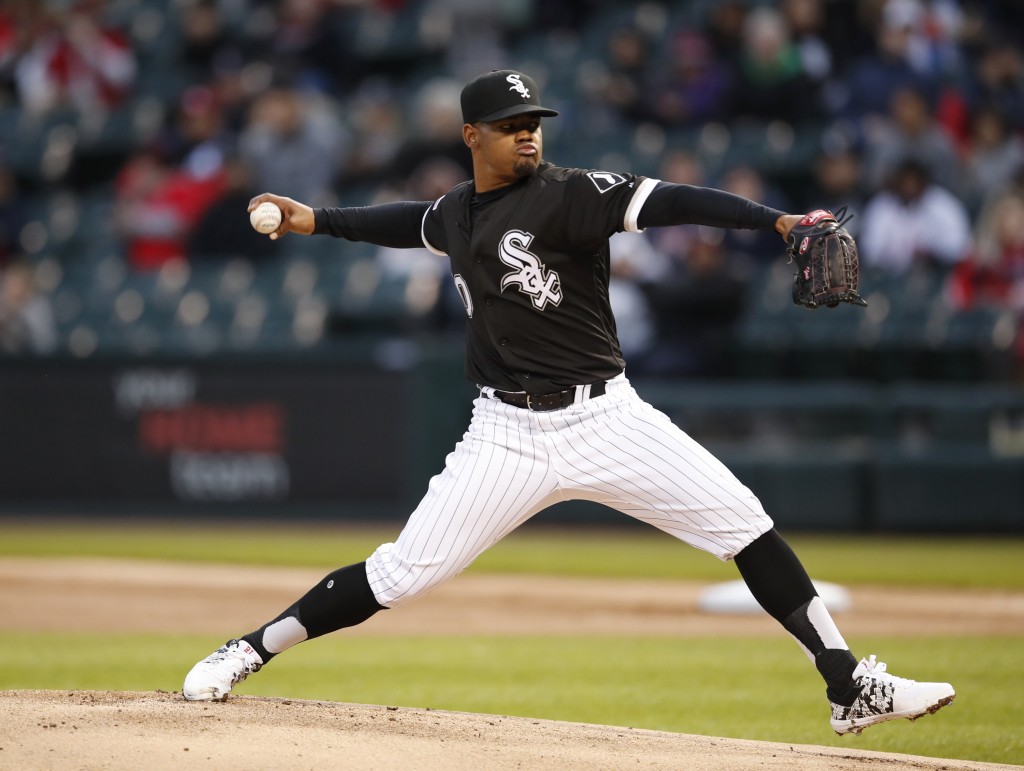 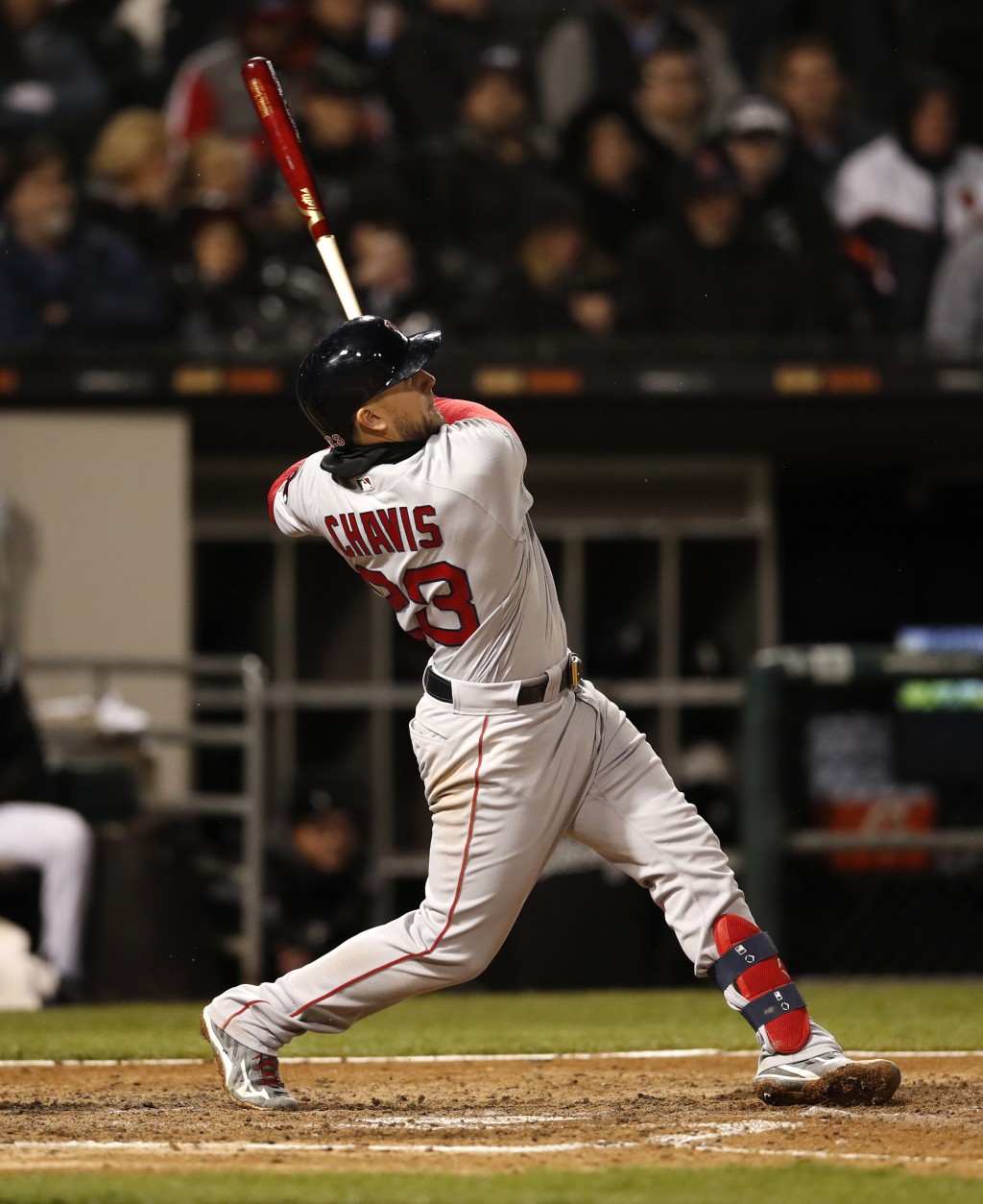 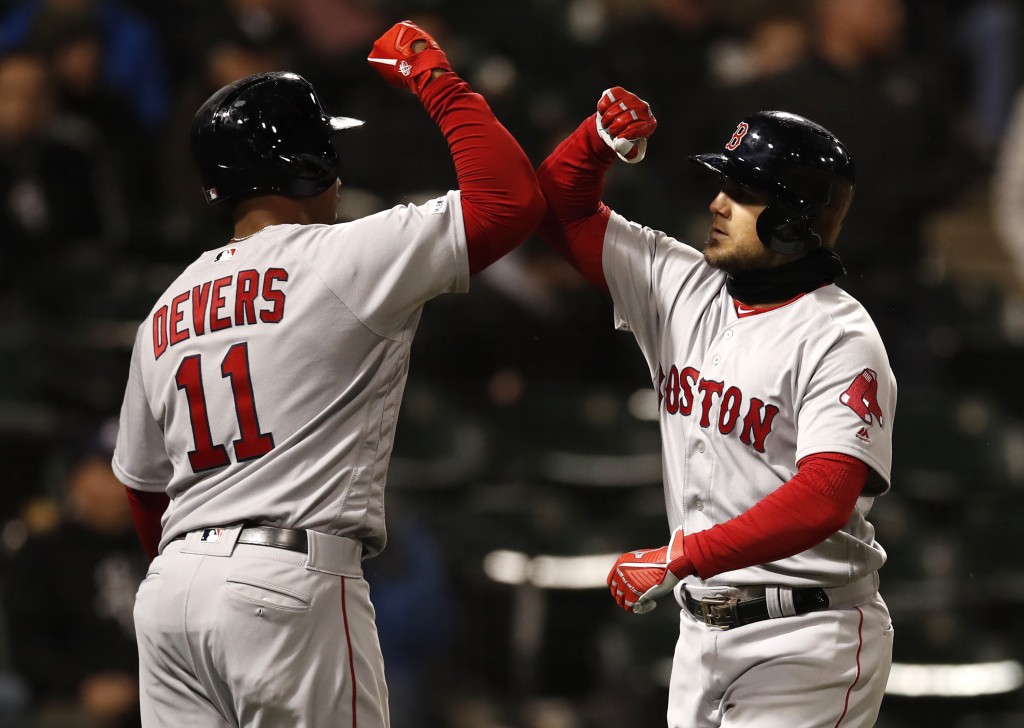 CHICAGO (AP) — Chris Sale snapped out of his early season funk to earn his first win with an impressive performance against his former team, tossing six scoreless innings of three-hit ball in the Boston Red Sox's 6-1 victory over the Chicago White Sox 6-1 on Friday night.

Sale (1-5) entered with a 6.30 ERA through six starts, but was dominant against Chicago in striking out a season-high 10. The left-hander retired seven of the first eight White Sox batters and didn't allow a hit until Yoan Moncada lined a sharp single with two outs in the fourth.

Rafael Devers launched a three-run homer deep to center off Reynaldo Lopez in the first inning. Michael Chavis added two-run shot to the top of the left field stands in the sixth as Boston won for the fourth time in its last five games.

Sale walked one and hit two batters as he improved to 2-1 against Chicago, who dealt the seven-time All-Star to Boston in December 2016 for four prospects, including Moncada. Jose Rondon and James McCann each had a double off Sale, but didn't advance.

Rondon, an infielder, pitched a scoreless ninth for Chicago despite giving up two singles as Chicago lost for the second time in its last seven. McCann drove in Chicago's run in the eighth with single off Colten Brewer, the second of three Boston relievers.

Lopez (2-4) allowed six runs and eight hits through five-plus innings. In his previous start, the right-hander yielded only an unearned run and struck out a career-high 14 in six innings.

Lopez retired the first two Red Sox hitters before J.D. Martinez bounced a ground-rule double over the right-center wall and Xander Bogaerts reached on a sharp infield single. Devers then ripped Lopez's first pitch, a belt-high fastball, 430 feet to center for his first homer and a 3-0 Boston lead.

Chavis' homer, his fourth, with no outs in the sixth, traveled 459 feet off a slider from Lopez to make it 5-0. Jose Ruiz walked Mookie Betts with the bases loaded to force in another run.

Boston: CF Jackie Bradley Jr. got the day off and Tzu-Wei Lin started in his place. Lin hooked his left foot awkwardly on the second-base bag in the second when he was caught stealing and left the game with left knee soreness. Andrew Benintendi moved from left field to center and Steve Pearce took over in left. ... 2B Dustin Pedroia (left knee irritation) wasn't scheduled to start at Double-A Portland after beginning a rehab assignment there Thursday and going 0 for 3.

White Sox: Top pitching prospect and RHP Michael Kopech, who underwent Tommy John surgery last September, was in Chicago for medical exams. The 22-year-old righty said doctors told him he was "42%" through his rehab. Kopech, who's expected to be ready for spring training in 2020, said he has stretched his long-toss program to 120 feet and thrown off flat ground. Bullpen sessions will be next. ... Manager Rick Renteria said OF Jon Jay (hip) has ramped up rehab activities, but there's no timetable for his return.

Boston LHP Eduardo Rodriguez (2-2, 6.16) faces White Sox LHP Manny Bañuelos (2-0, 2.70) on Saturday night. The Red Sox have supported Rodriguez with 32 runs in his past four starts and won them all, but the lefty has victories in just two. Bañuelos will make his third start for Chicago. He pitched 5 2/3 innings against Baltimore on Monday to earn his first win as a starter since July 2015 while with Atlanta.