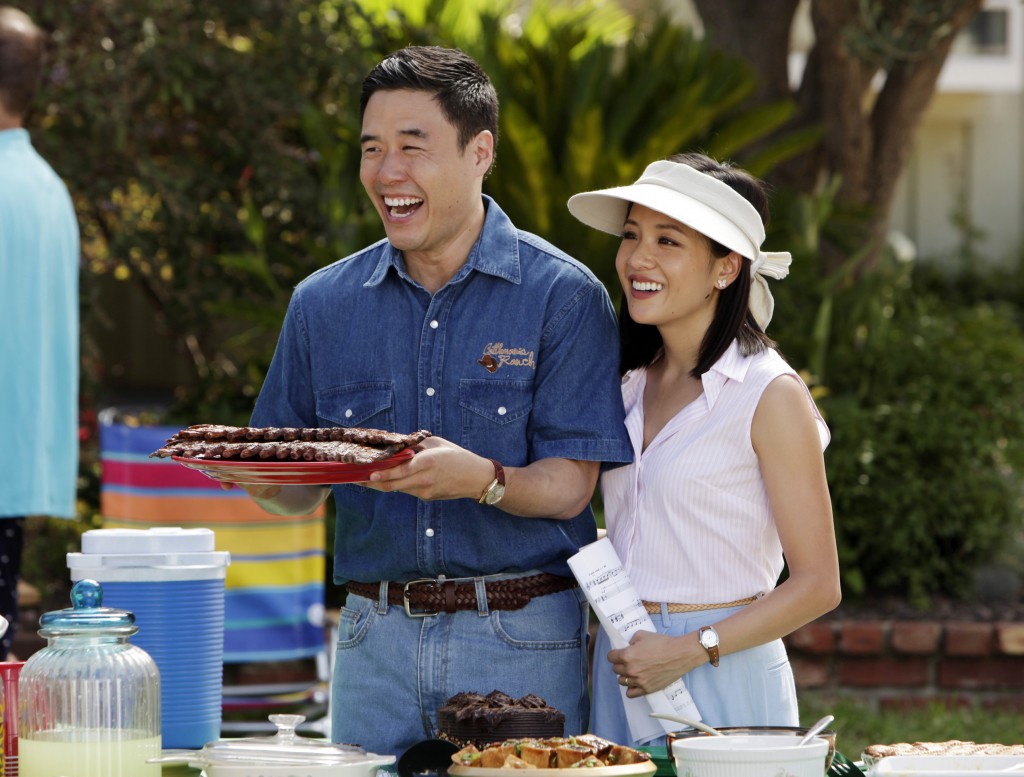 Major network television networks are hitting far more lows than highs in tapping into Asian-American talent, according to a study released Wednesday by the Asian Pacific American Media Coalition.

The advocacy group's annual report on ABC, CBS, NBC and FOX came on the first day of Asian Pacific American Heritage Month. ABC earned the top grades with Asian-Americans depicting 11 percent of regular characters on its prime-time programs, while Fox flunked because it did not submit data, the coalition said.

"The Report Cards revealed some positives but also many areas in which the networks need to improve for Asian Americans to be able to enjoy equal opportunities and to be fully included in the entertainment industry," the group said.

The assessments of primetime programs, including reality TV, were based on the 2017-18 season. The study examined both long-term and recurring roles for people of Asian or Pacific Islander descent and key roles behind the camera.

It also looked at the impact of "pipeline programs," initiatives targeted at increasing diversity through recruitment and training.

Of all the networks, ABC was tops with an overall B grade.

In the category of on-screen talent in its comedies and dramas, ABC got an A- grade for having 24 regular characters on shows like "Fresh Off the Boat," and "The Good Doctor." The report tallied 27 API actors in recurring parts on ABC.

CBS earned a B- after increasing API characters from 16 to 21, although most got little air time, the report said. CBS got a B+ for hiring more API directors, from eight to 18, and boosted TV writers and producers from 15 to 17.

"We are pleased with the progress reflected in the report issued today, while recognizing that more still needs to be done," CBS said in a statement.

NBC had a grade of C average with 11 API regular roles, but the report found only 12 recurring parts, down from 26.

Fox has not shared its information since 2013, the report states.

In the category of reality TV and talent competitions, no network got better than a C grade.

The coalition, which has been doing the report for 17 years, also found missed opportunities for Asian-Americans on shows that take place in locations with high Asian populations.

CBS' "Magnum P.I." reboot is set in Hawaii yet none of the main cast members are Asian-American or a Pacific Islander. NBC's "New Amsterdam" depicts the drama at a New York City hospital that only has one Asian doctor.

The success of "Crazy Rich Asians" at movie theaters, the popularity of "Killing Eve" on BBC America and the Netflix film "To All the Boys I've Loved Before" may be influencing next season's landscape.

Networks have ordered nearly half a dozen pilots with Asian-Americans in the lead including Ken Jeong, who appeared in "Crazy Rich Asians," Lucy Liu and Kal Penn.

Liu is coming off of a seven-season run on the CBS drama "Elementary." She also will be honored Wednesday with a star on the Hollywood Walk of Fame. Her star will be next to Anna May Wong, who is considered the first Chinese-American actress to achieve Hollywood stardom in the 1920s and '30s.

"One need only observe the success of API-led shows on other platforms to realize that the public, Asian and non-Asian alike, is eager to consume new stories and enjoy new talent featuring Asian Americans," said coalition chair Daniel Mayeda.