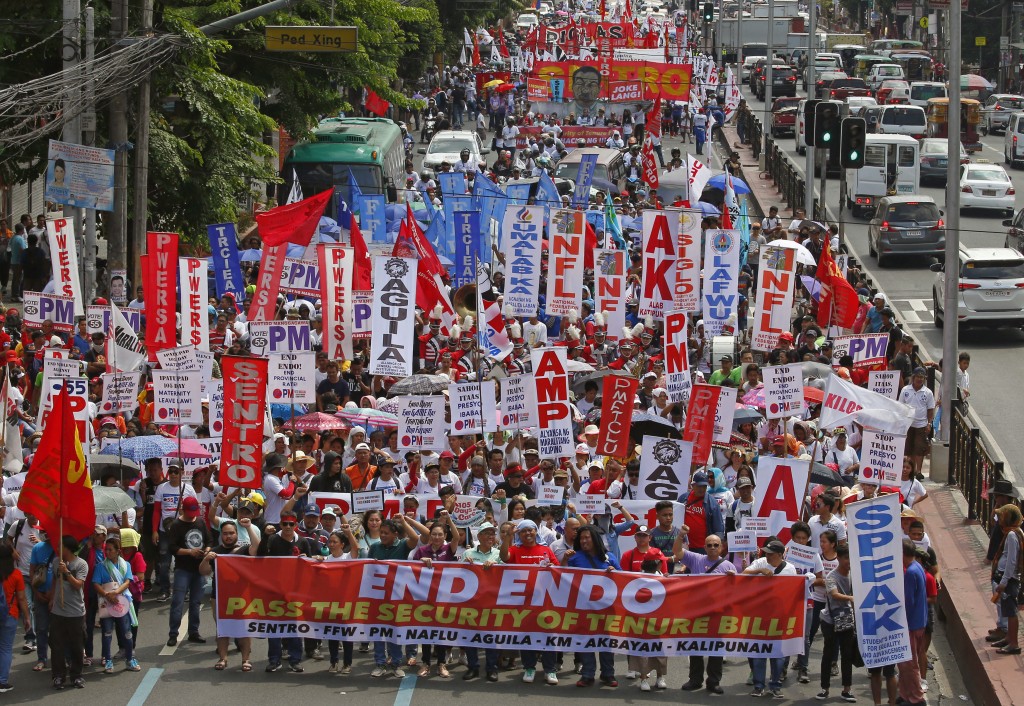 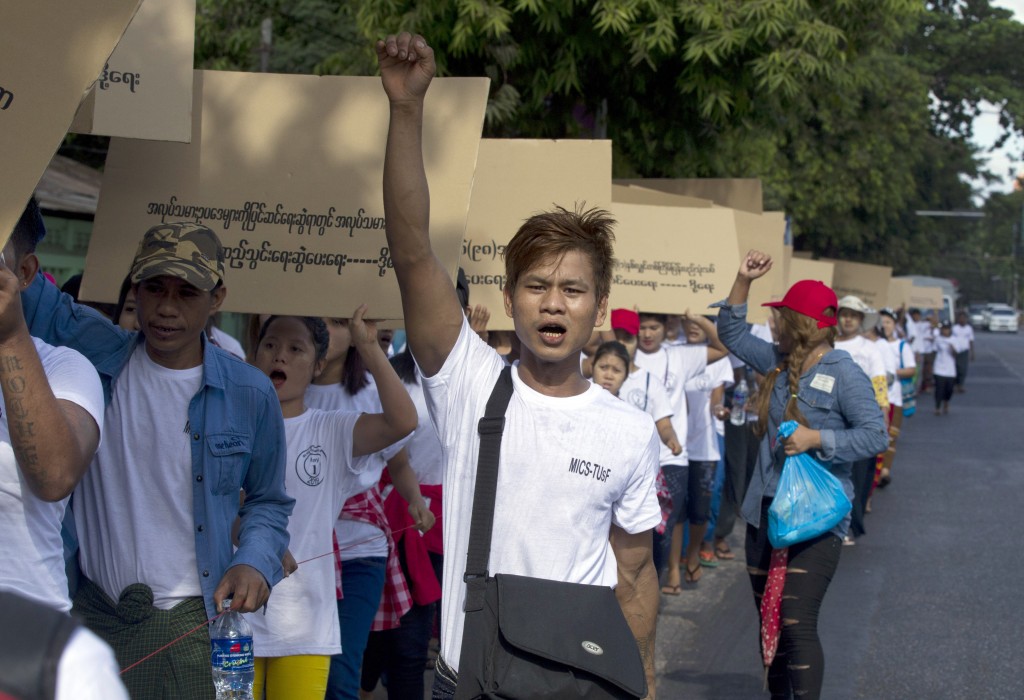 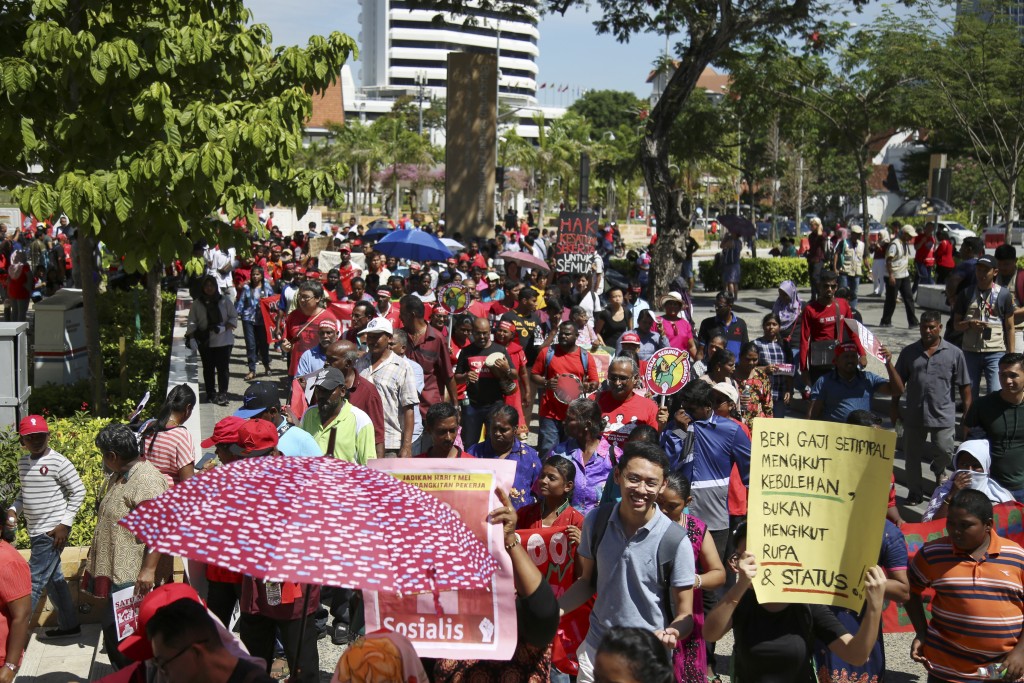 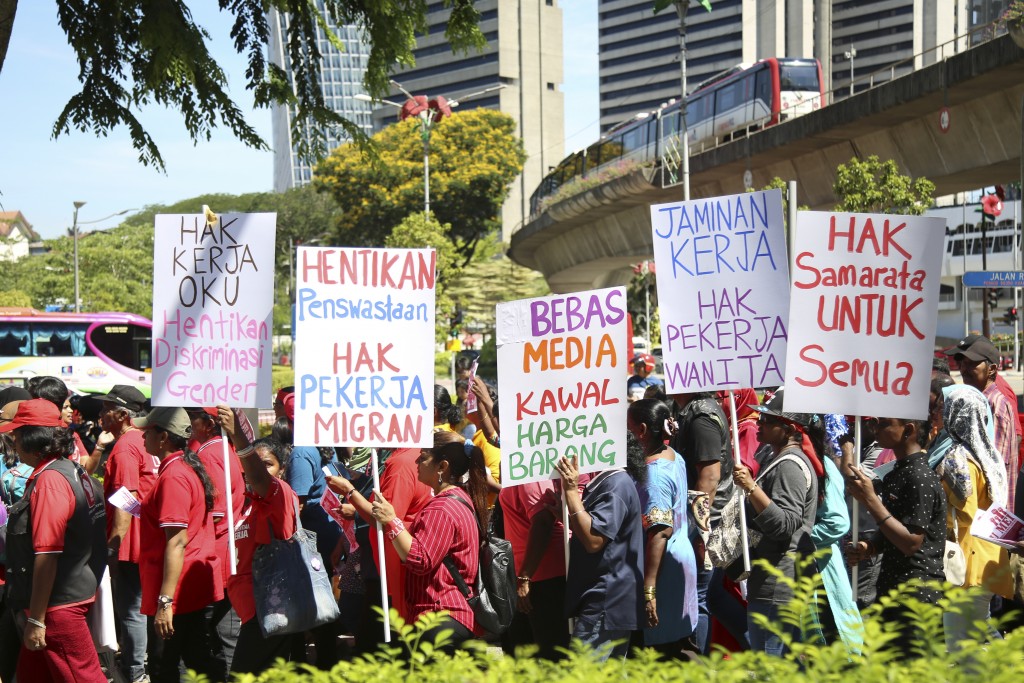 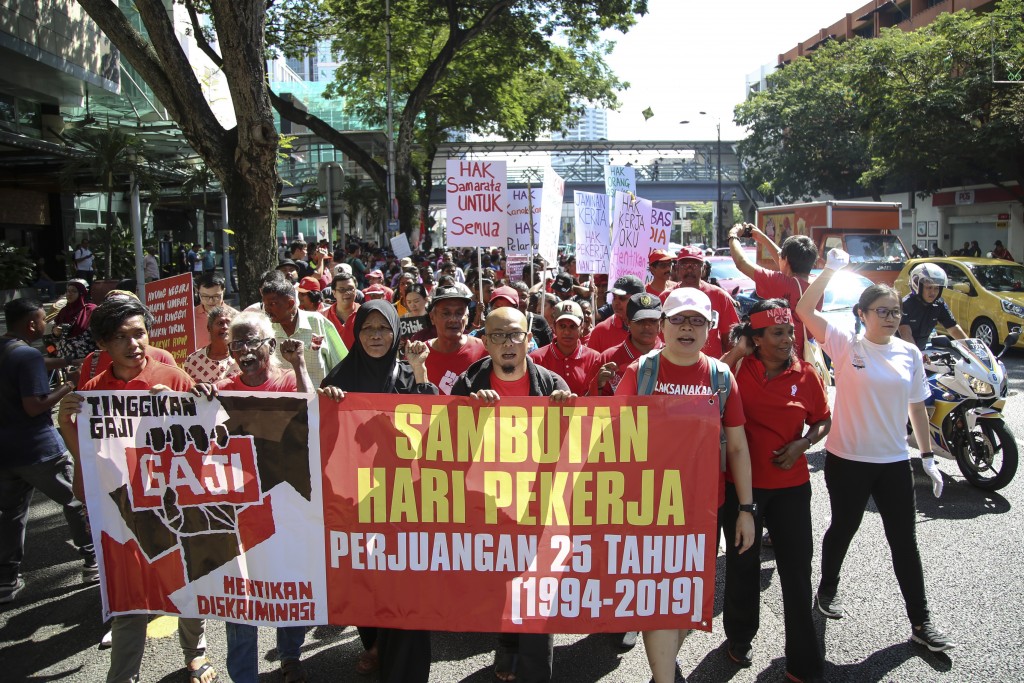 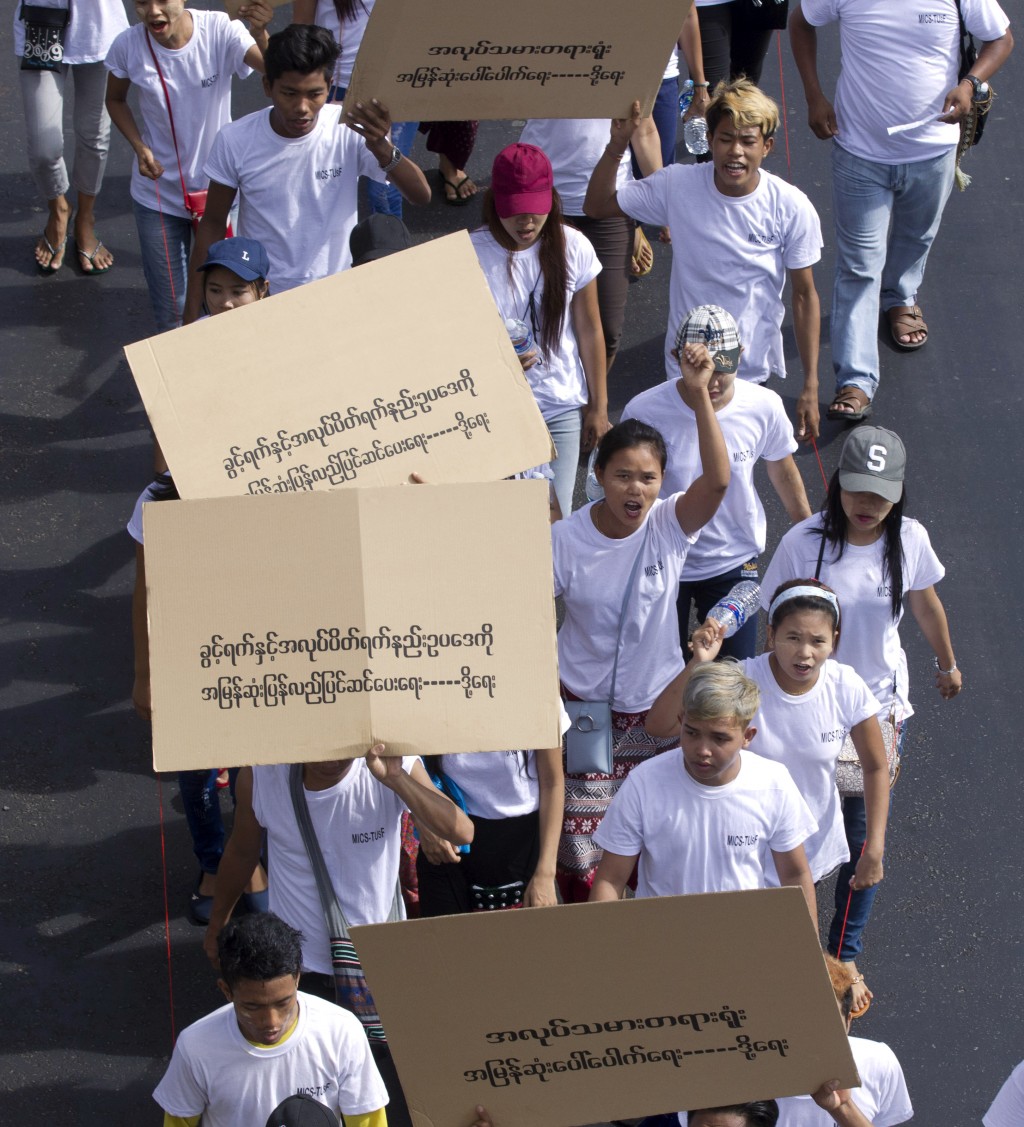 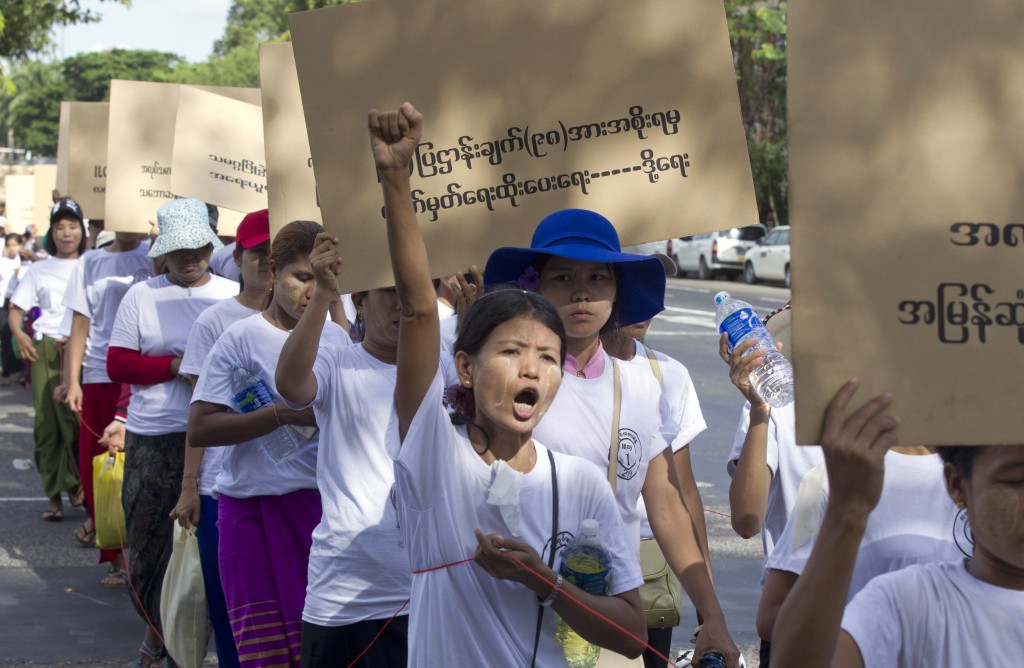 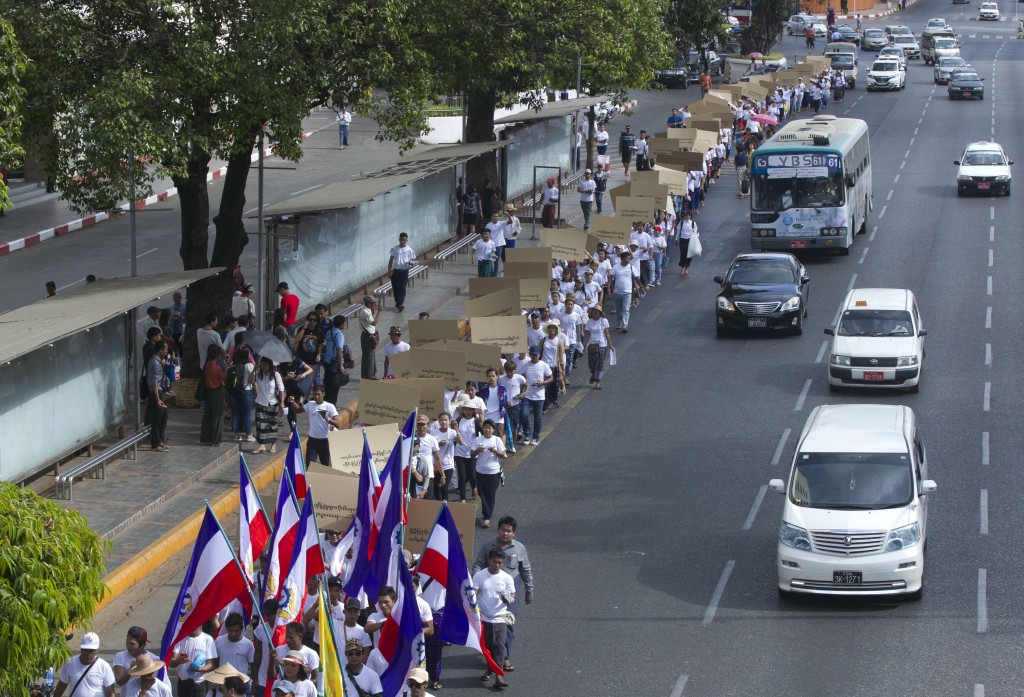 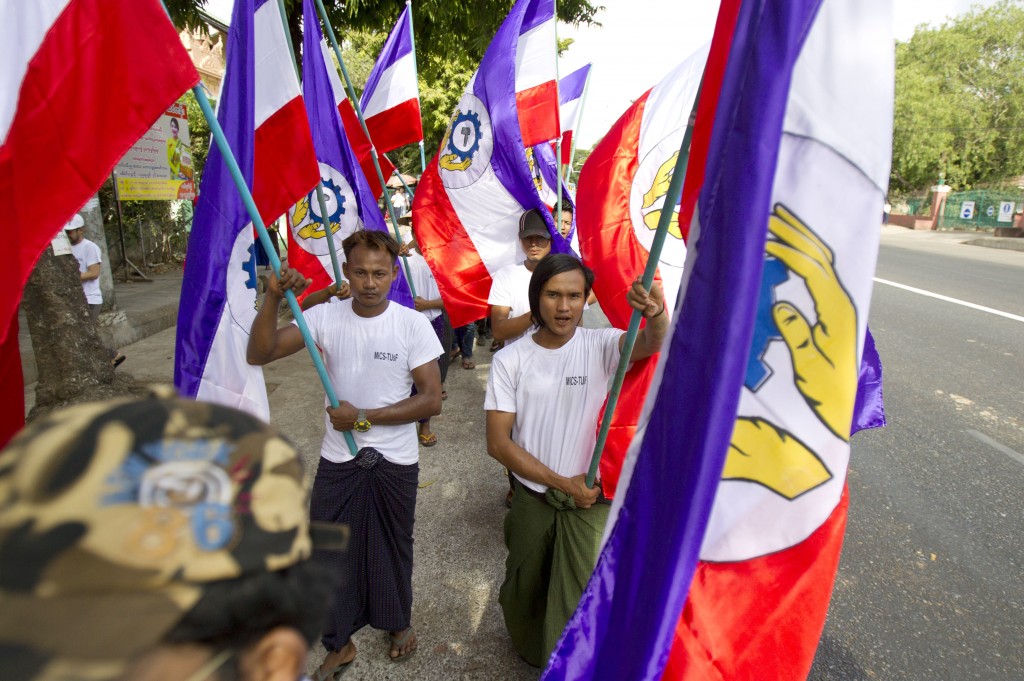 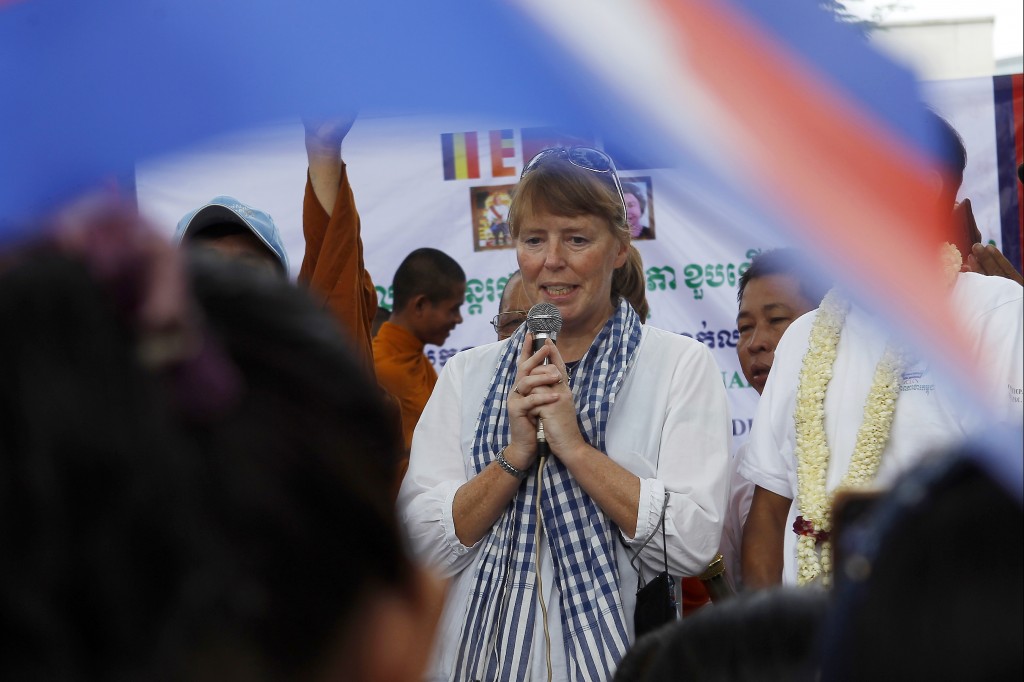 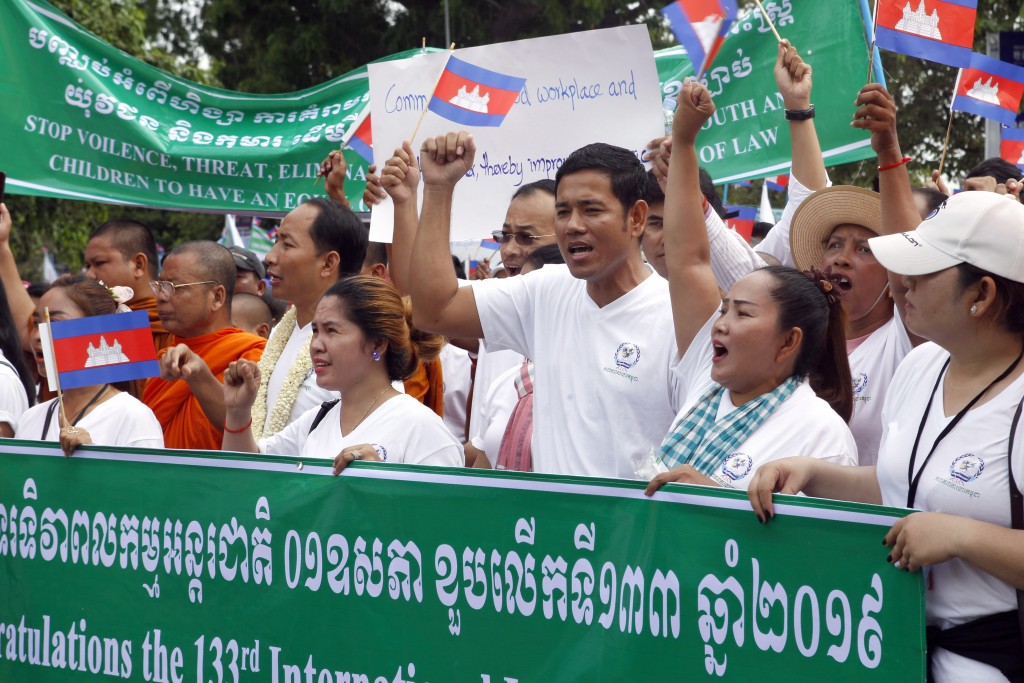 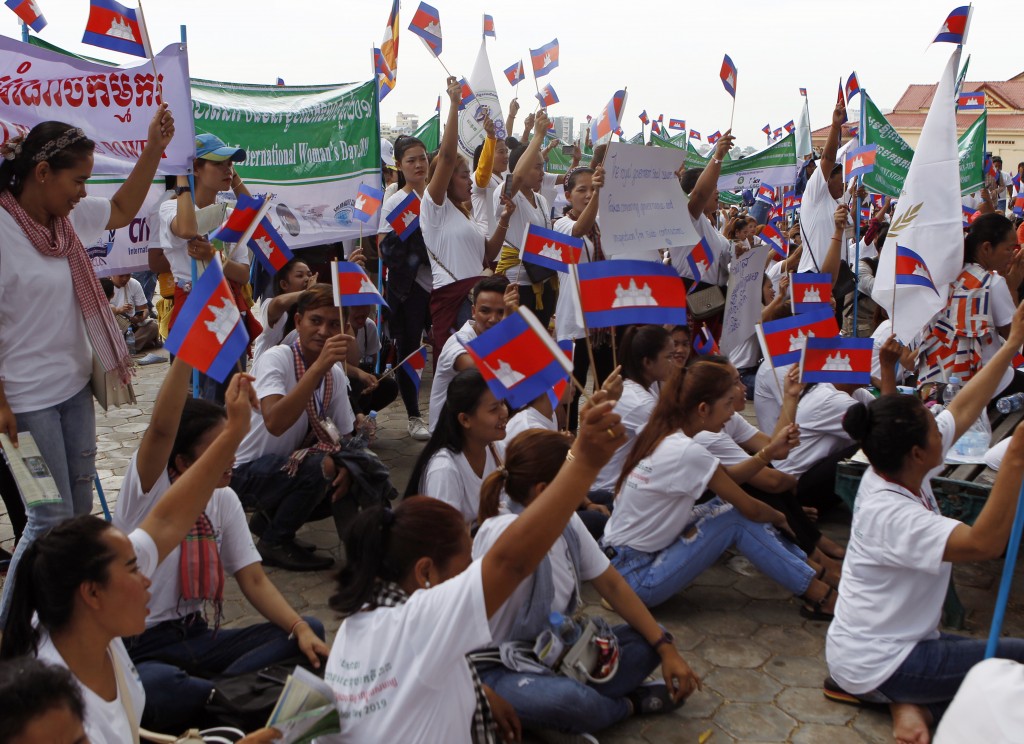 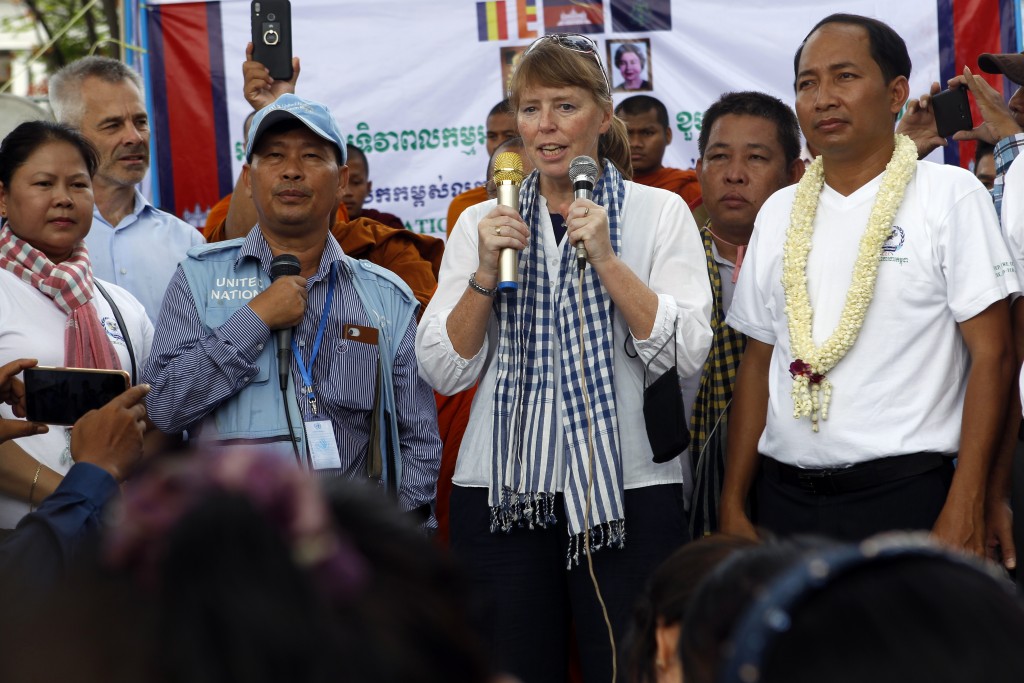 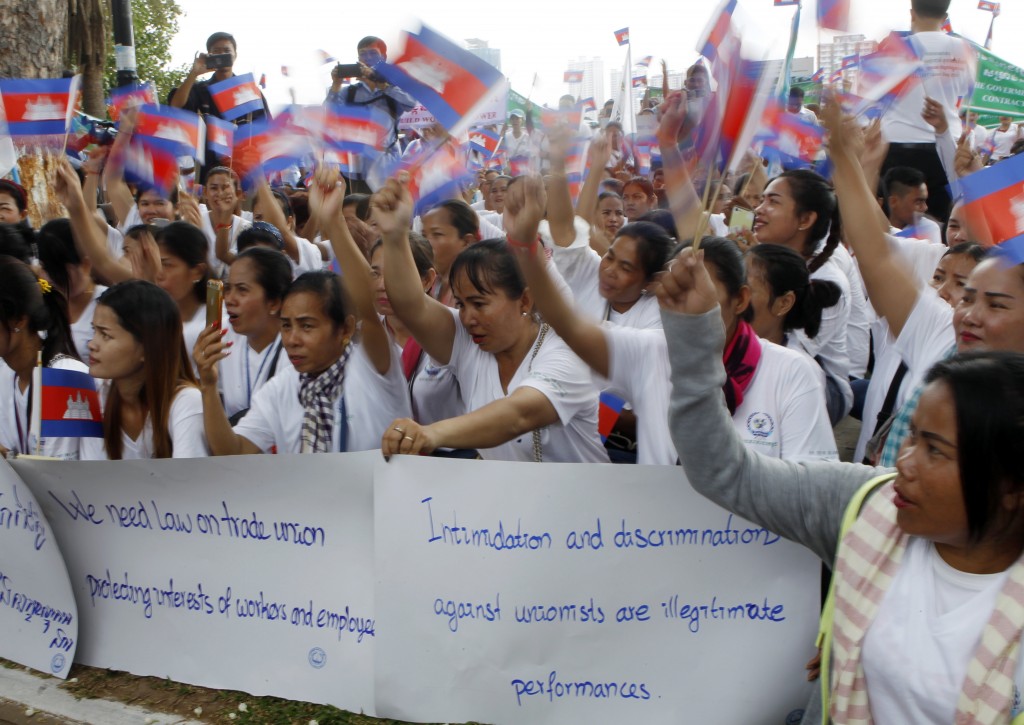 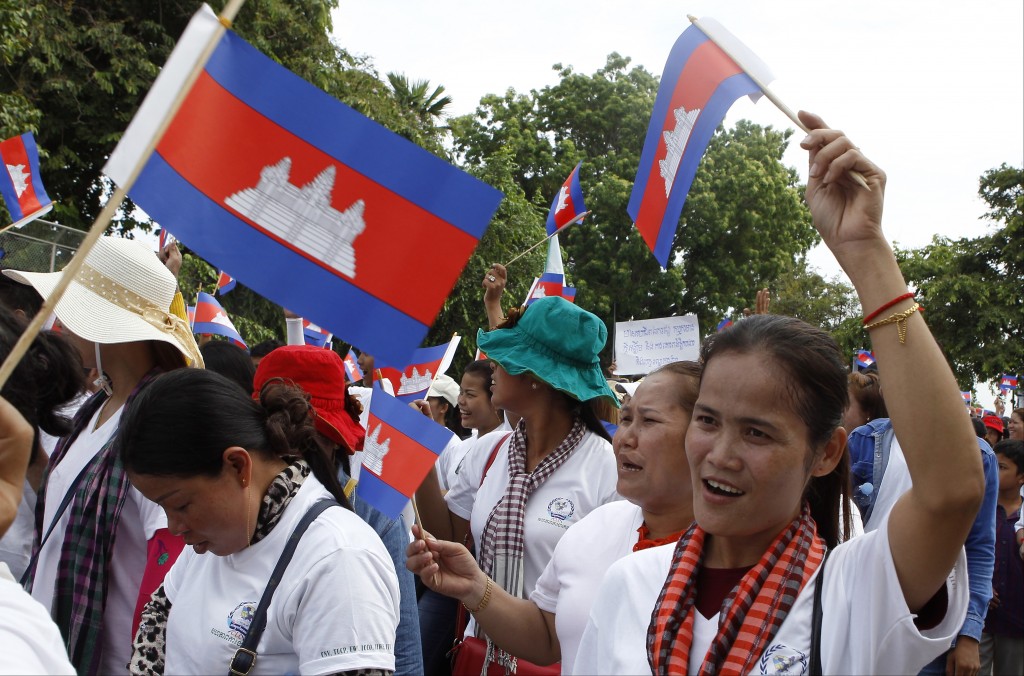 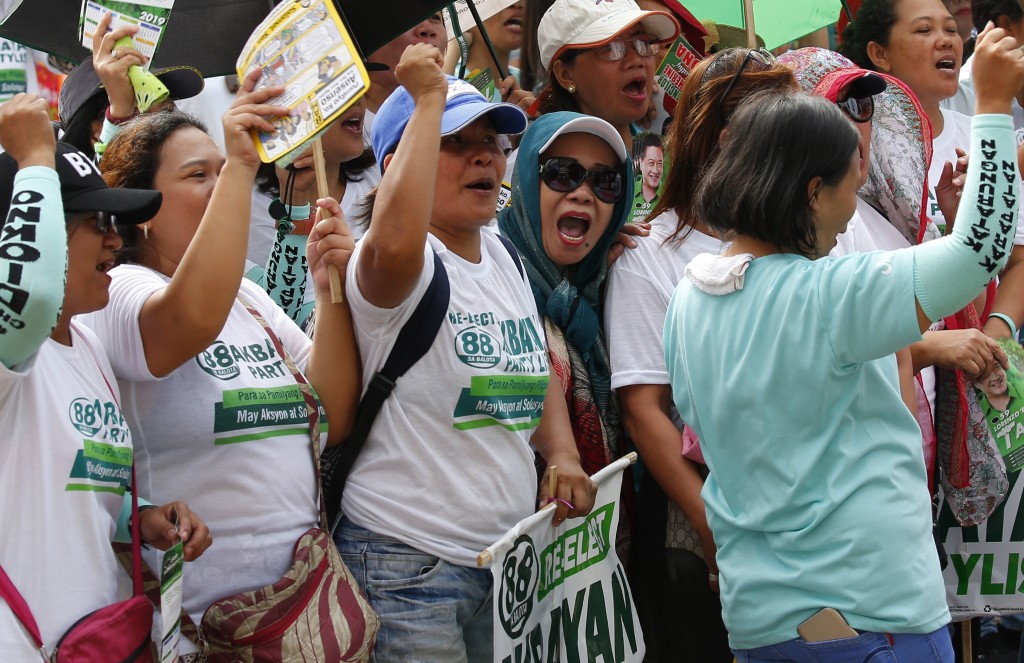 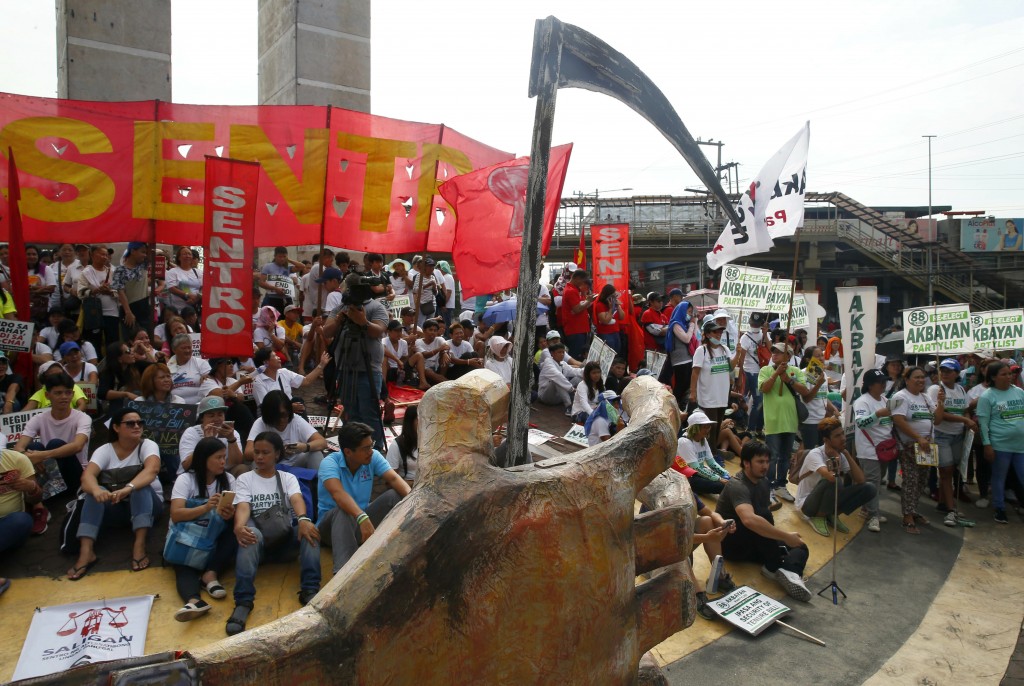 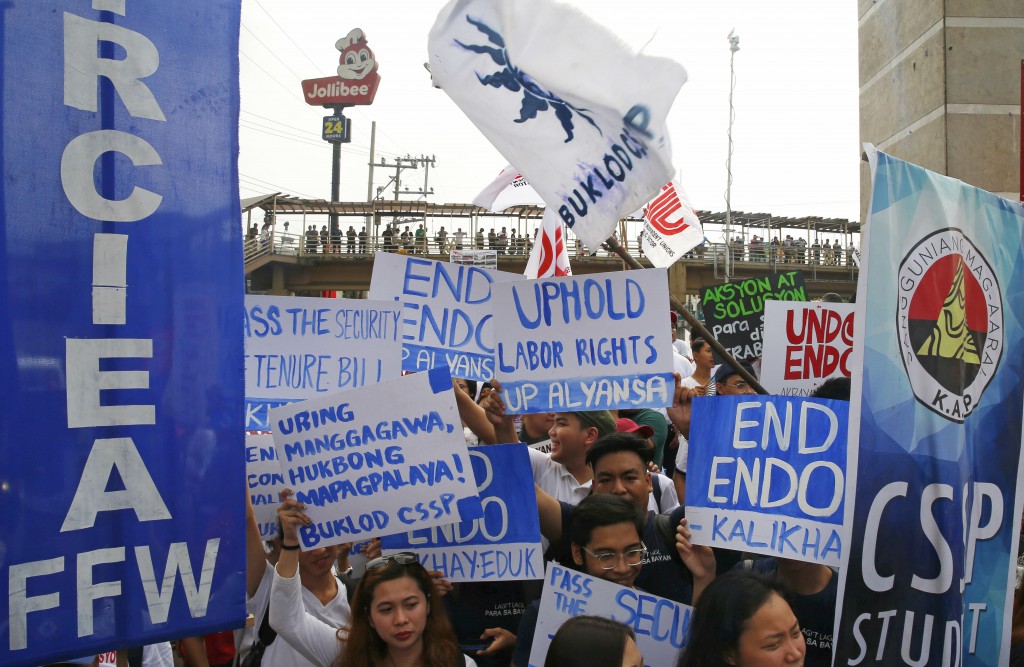 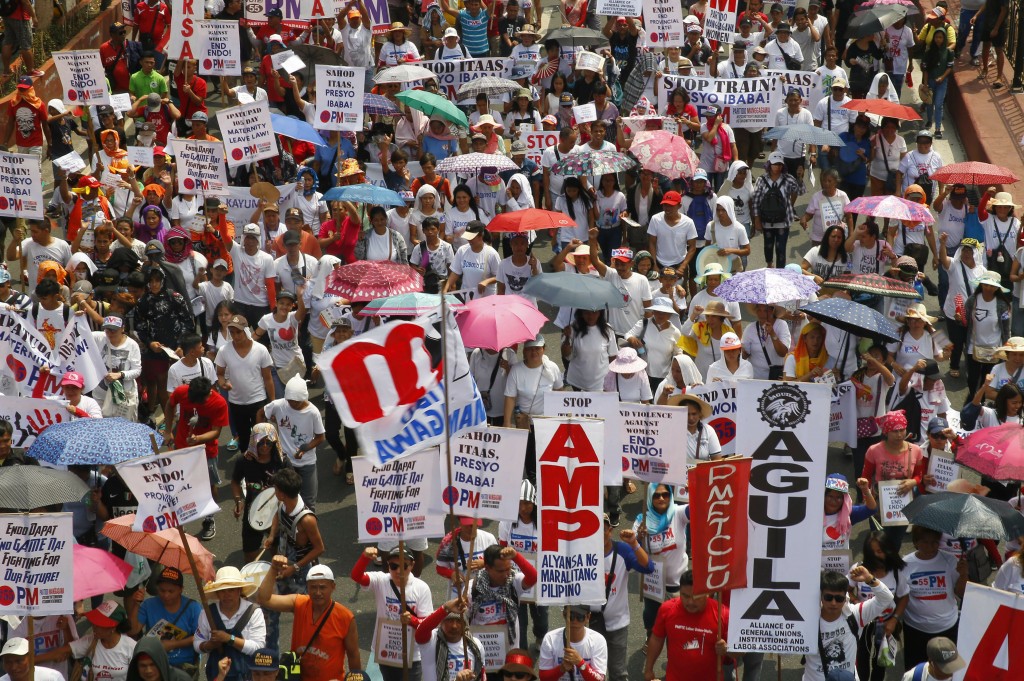 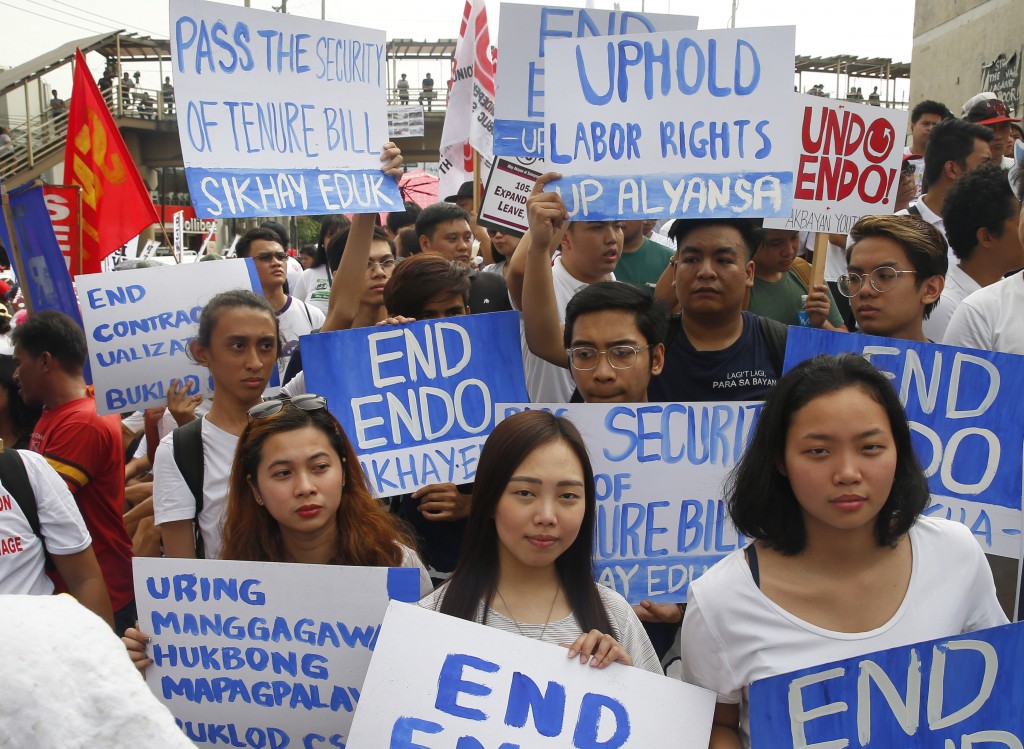 A South Korean major umbrella trade union issued a joint statement with a North Korean workers' organization calling for the Koreas to push ahead with engagement commitments made during a series of inter-Korean summits last year.

Many of the plans agreed between the Koreas, including joint economic projects, have been held back by a lack of progress in nuclear negotiations between Washington and Pyongyang.

May Day rallies are also being held in the Philippines, Malaysia, Cambodia, Myanmar and elsewhere in Asia.

In Sri Lanka, major political parties called off traditional May Day rallies due to security concerns following the Easter bombings that killed 253 people and were claimed by militants linked to the Islamic State group.

French authorities announced tight security measures for May Day demonstrations, with the interior minister saying there was a risk that "radical activists" could join anti-government yellow vest protesters and union workers in the streets of Paris and across the country. More than 7,400 police will be deployed, aided by drones to give them an overview of the protests and a quicker way to head off potential violence.

Wearing headbands and swinging fists, the protesters in Seoul rallied in streets near City Hall, marching under banners denouncing deteriorating working conditions and equal treatment and pay for non-regular workers.

The protesters also called for the government to ratify key International Labor Organization conventions that would strengthen South Korean workers' rights for organization and collective bargaining, and take firmer steps toward reforming "chaebol," or huge family-owned conglomerates that dominate South Korea's economy and are often accused of corruption and monopolistic behaviors.

The Korean Confederation of Trade Unions, which organized the protests, said more than 25,000 demonstrators turned out for Wednesday's marches in Seoul, which proceeded peacefully with no immediate reports of injuries or major clashes. Police didn't immediately provide a crowd estimate. May Day rallies were also held in other major cities, including Busan, Gwangju and Daejeon.

Liberal President Moon Jae-in, who won office in May 2017 following the ouster of his conservative predecessor over a corruption scandal, had pushed a labor-friendly agenda that promised to expand workers' rights, reduce the country's notoriously long working hours and address the problems of inequality by elevating minimum wages and reining in the excesses of chaebol.

However, critics say a decaying job market and bad economy, which unexpectedly shrank 0.3% during the last quarter due to sluggish investment, has softened the government's approach on labor rights and corporate reform.

South Korean workers are known for their vibrant protest culture, which contributed to the popular uprising that drove the country's transition from an anti-communist military dictatorship to a Western-style democracy in the late 1980s. Unlike May Day rallies in the West, South Korean protests mostly lack socialist slogans, which are rarely expressed in a country that remains highly sensitive about North Korea.