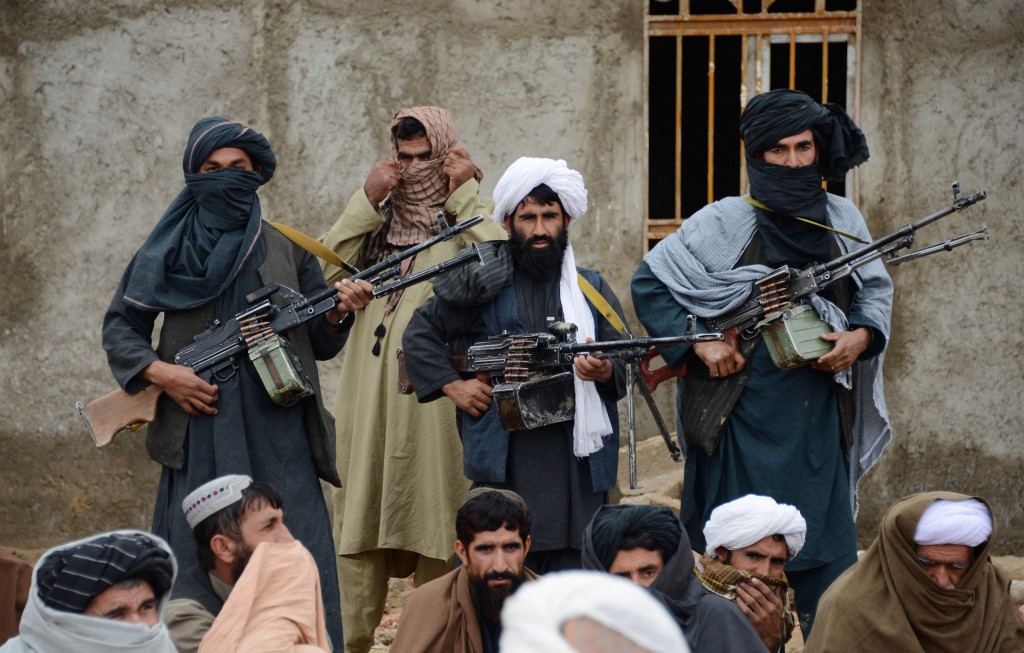 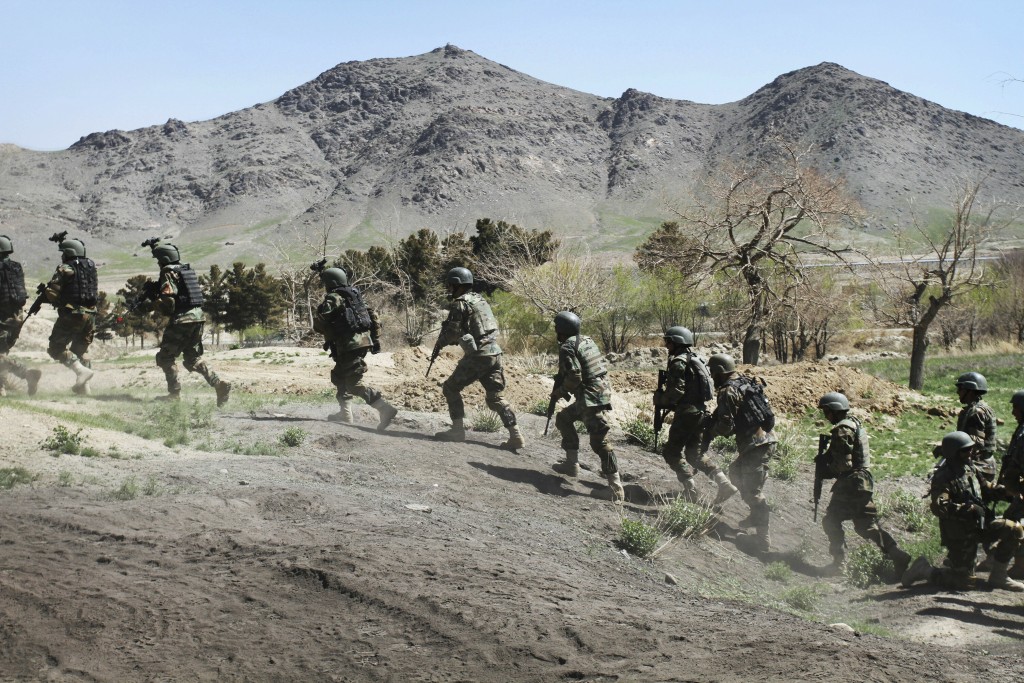 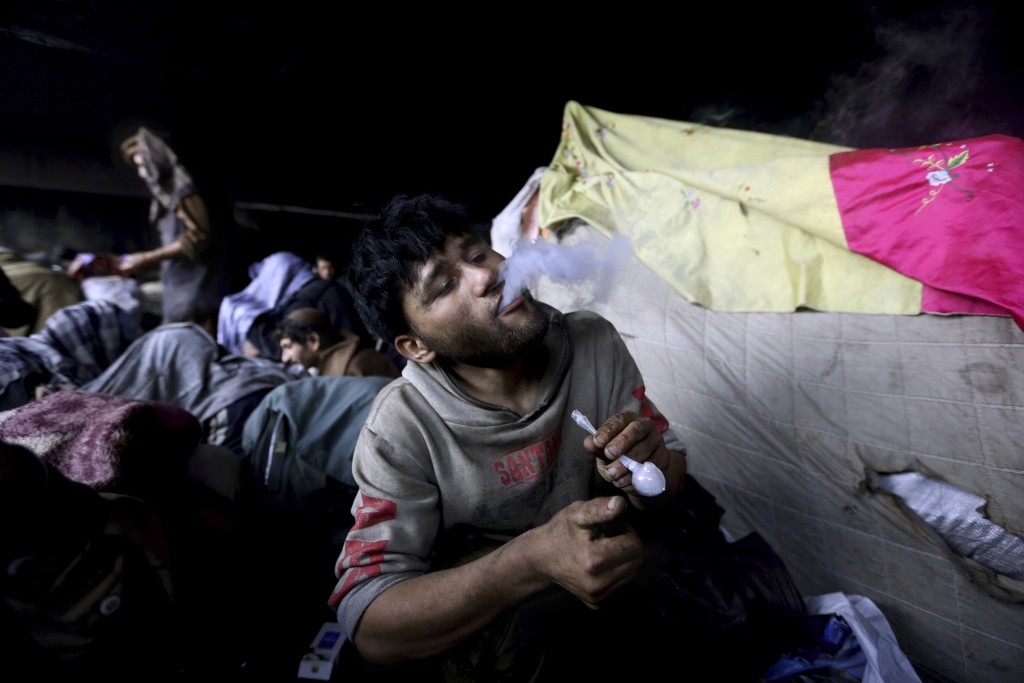 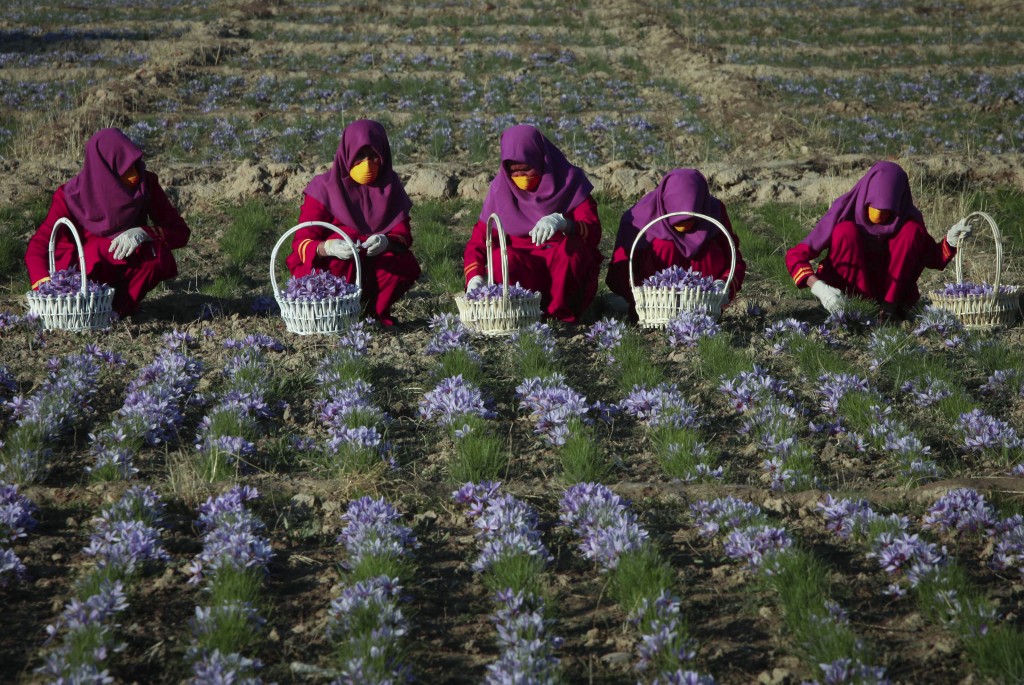 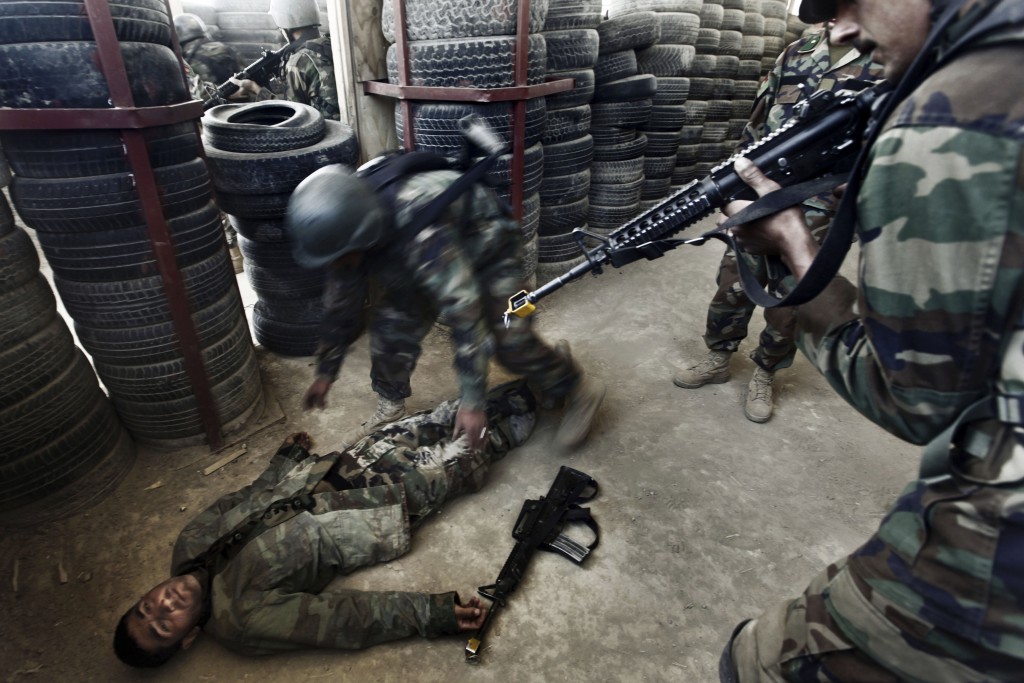 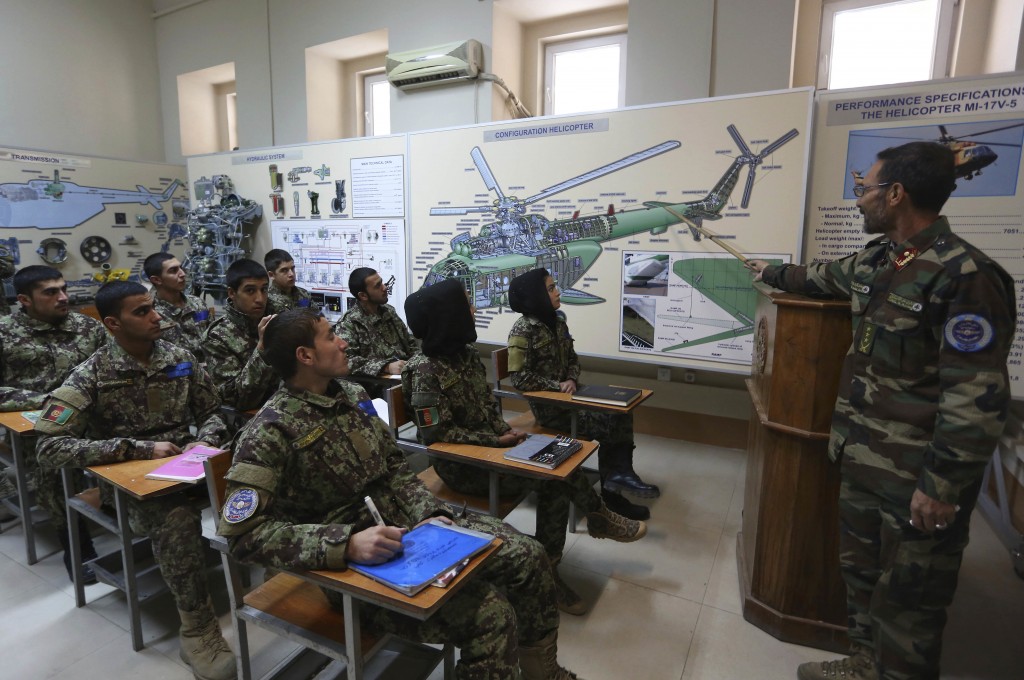 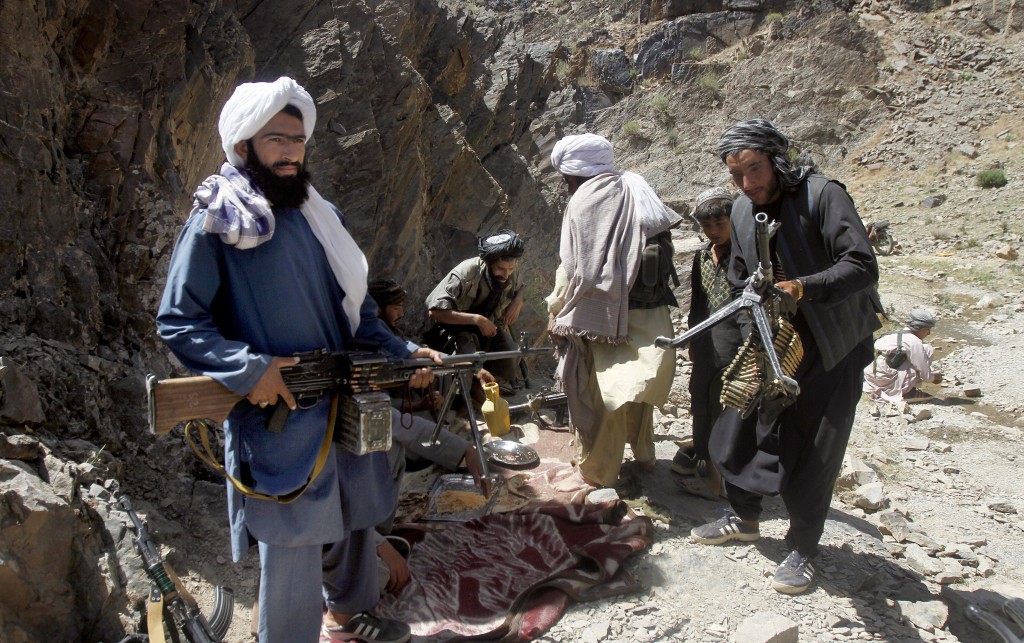 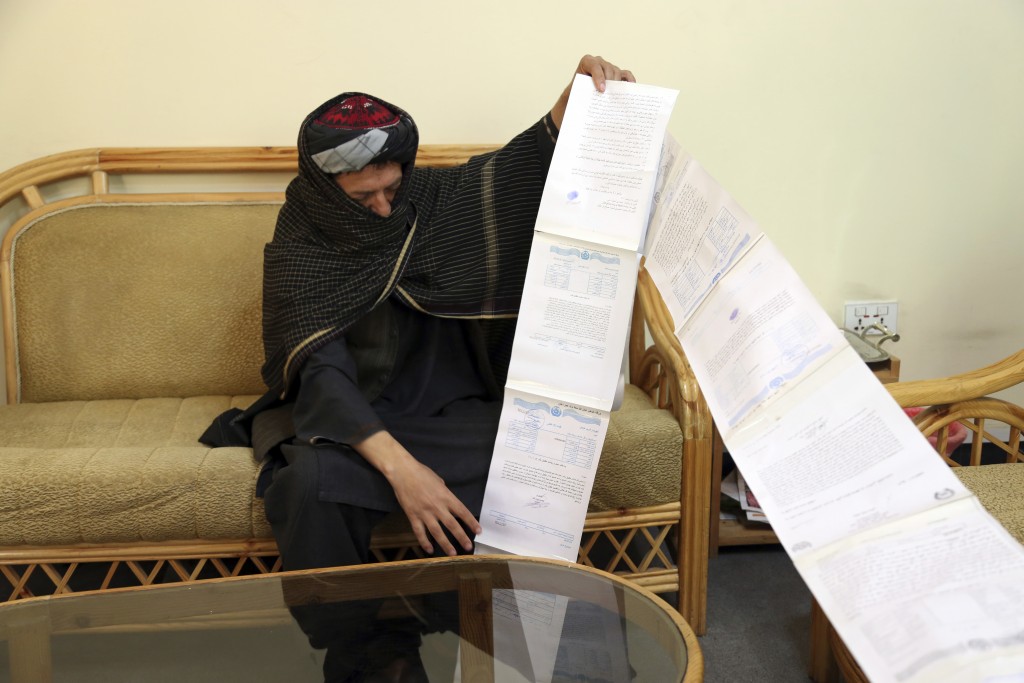 KABUL, Afghanistan (AP) — Afghanistan may not be ready for peace unless it formulates a strategy for re-integration of Taliban fighters into society, combating corruption and reining in the country's runaway narcotics problem, a U.S. watchdog said Wednesday.

The warning by Washington's Special Inspector General for Afghan Reconstruction, or SIGAR, which monitors billions of dollars in U.S. aid to the country, came in the group's new quarterly report that also discusses Afghan needs for the "day after" — once there is a peace deal with the Taliban.

Over the past months, the U.S. has stepped up efforts to find a peaceful resolution to Afghanistan's 17-year war and has been holding talks with a resurgent Taliban. The insurgents, however, refuse to negotiate with the Kabul government, which they consider a U.S. puppet. The Taliban also continue to stage near-daily attacks, inflicting staggering casualties, and now control about half the country.

"No matter how welcome peace would be, it can carry with it the seeds of unintended and unforeseen consequences," John F. Sopko, head of SIGAR, said in the report.

The war has already cost America nearly $1 trillion, according to Sopko. On reconstruction alone, the U.S. has spent $132 billion since 2002, much of that to train and equip Afghan security forces, as well as strengthen government institutions, provide education and better health care.

But the gains are fragile, Sopko said, and solutions are needed to the country's increasing insecurity, "endemic corruption, weak Afghan institutions, the insidious impact of the narcotics trade, and inadequate coordination and oversight by donors."

Sopko said that failure to reintegrate the estimated 60,000 Taliban fighters and their families into Afghan society would undermine peace.

"These 'day after' risks could threaten U.S. taxpayers' investment in Afghanistan, set back humanitarian and development programs, undermine Afghan government support, or even lay the grounds for new or resumed discord," Sopko said.

For some former Taliban fighters, the transition has been difficult. They blame corruption, and for those not integrated into Afghan security forces, finding a job is difficult in a country where unemployment is more than 40% percent and 54% of Afghans live below the poverty line.

Aman, a former Taliban who left the insurgents with nine fellow fighters to join the government in late 2016 in northern Kunduz province, told The Associated Press this week that he has been jailed and intimidated by corrupt soldiers who stole $6,000 from him.

They also forced him and his fellow fighters to hand over the motorcycles and cars in which they had travelled to the Kunduz provincial capital to join government forces.

Aman, who would not give his full name fearing reprisal from both the government and the Taliban, said he sent dozens of applications to government ministries and an independent human rights commission seeking compensation but to no avail.

He now lives in a poor Kabul neighborhood, makes little money as a porter and can't afford to send his children to school, Aman said. He can't go back to his home in Khanabad district in Kunduz, where the Taliban rule.

"At first they told us we did not have to worry, nobody would touch us," Aman recounts his attempt to joint government forces in Kunduz. But instead the soldiers bound them, told their commanders they had captured Taliban fighters, and threw them in jail.

After more than five months in jail, Aman was able to convince authorities of his innocence and win his release.

SIGAR's report also said that the U.S. military in Afghanistan no longer tracks areas of control by the government and by the insurgents, without offering an explanation for the change. Previous reports had said nearly half of Afghanistan is under the control or influence of the Taliban.

"While the data did not, on its own, indicate the success or failure . . . it did contribute to an overall understanding of the situation in the country," Sopko said.

Sopko said the U.S. Department of Defense estimates it will cost $6.5 billion to finance Afghanistan's security needs in 2019 — $4.9 billion of which will be paid by the U.S. The rest will be funded by other donor countries.

Yet the Afghan military and police forces continue to experience high rates of desertion, the report said.

A program to train Afghan pilots in the U.S. on AC-208 light attack and surveillance aircraft was suspended after 40% of the trainees disappeared in America, SIGAR said. The remaining pilots were returned to Afghanistan to complete their training.

The report also highlighted widespread shortages of food in the country, saying that "most Afghan households faced acute food insecurity" in March — a level of desperation that drives some parents to sell their children or force them into childhood marriages, SIGAR said.

In addition, it said the Afghan government is ill-equipped to meet its needs and can barely cover 30% of its budget, with the rest coming from foreign donors.