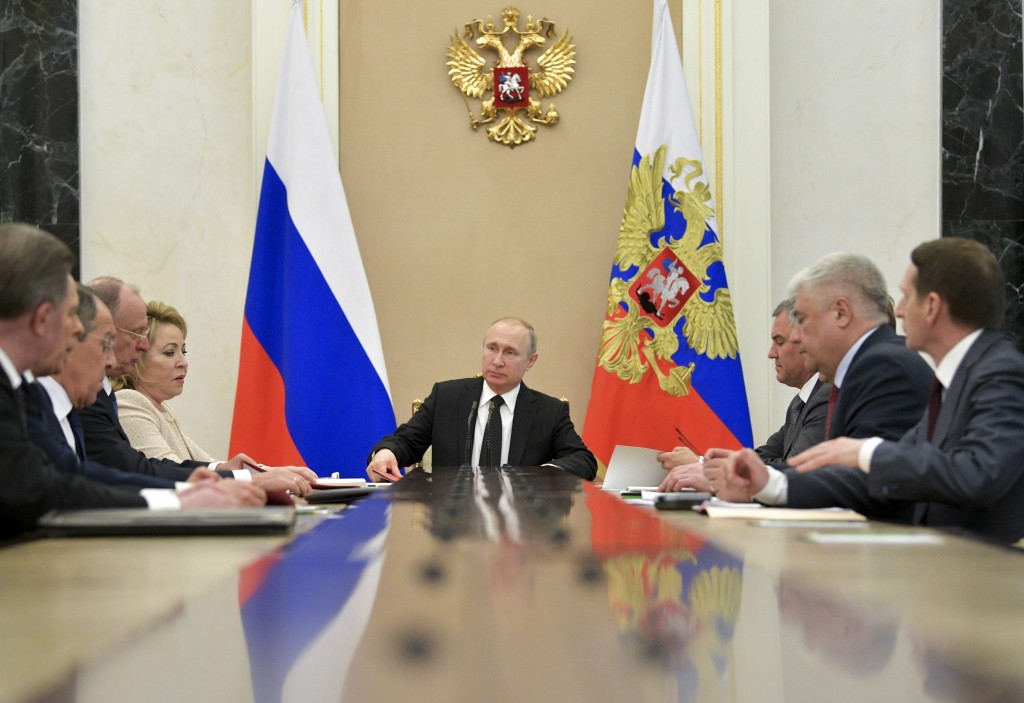 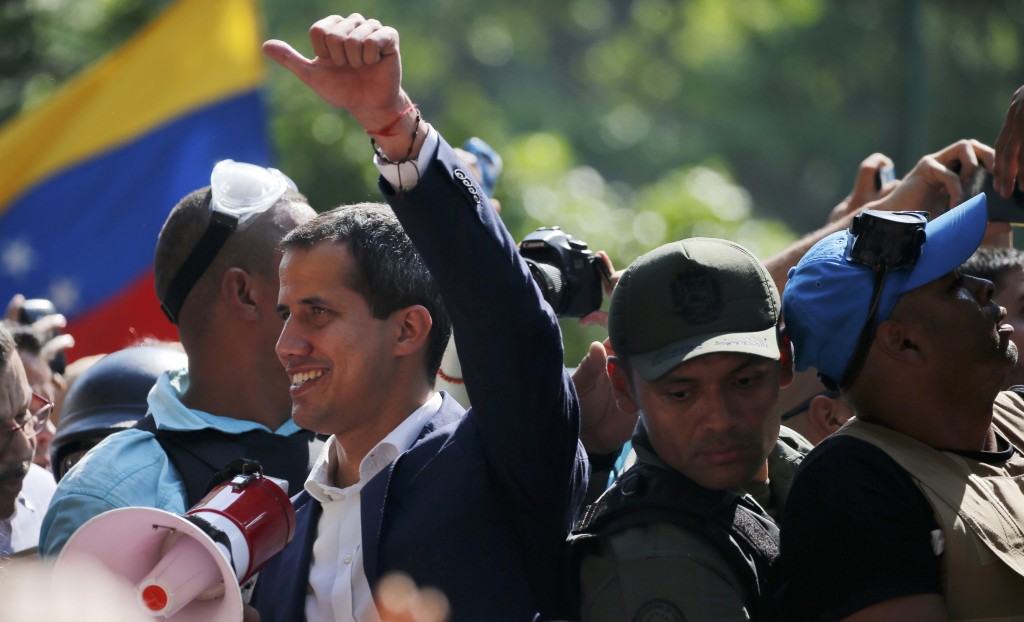 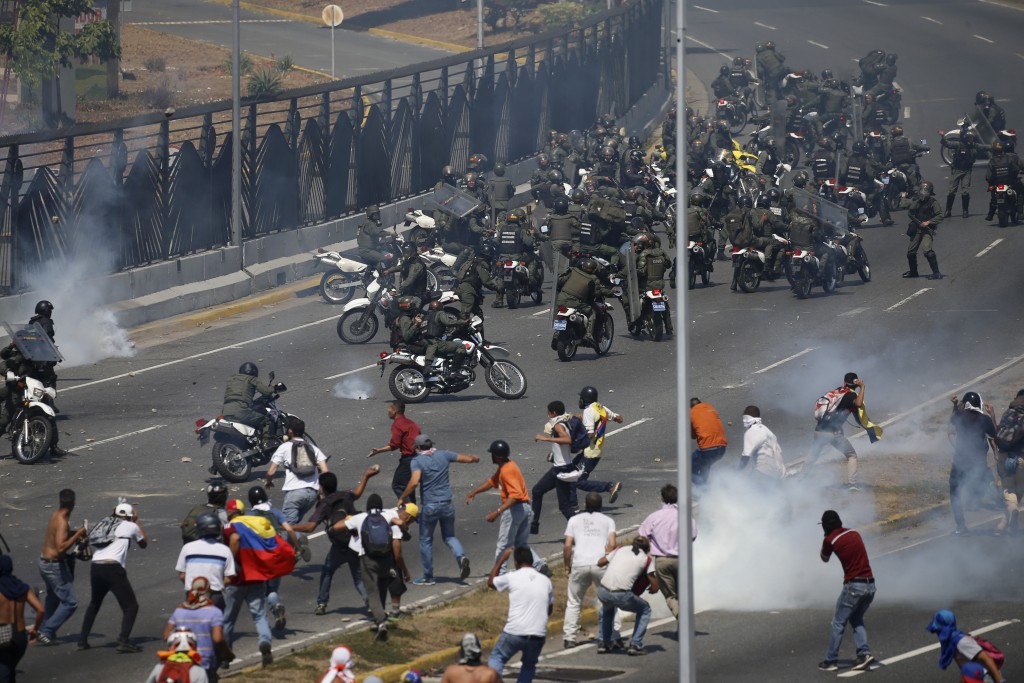 MADRID (AP) — European countries urged restraint in Venezuela on Tuesday and called for new elections as a way to settle the political crisis in the South American country, but there wasn't a unified voice immediately on whether to support or condemn the opposition's move to oust President Nicolás Maduro.

Officially, the European Union restated its position of calling for a "political and peaceful solution through free and fair elections," European Commission spokeswoman Maja Kocijancic said at a briefing.

The president of the bloc's Parliament, Antonio Tajani, came out as the strongest European voice in support of the opposition. In a tweet in Spanish, Tajani called the events "a historic moment for the return to democracy and freedom in Venezuela," and described the release of activist Leopoldo López from house arrest as "great news."

All but four EU members endorsed the initial, Europe-wide call in February to back opposition leader Juan Guaidó when he appointed himself interim president.

The four who did not join the other EU members were Italy, Greece, Cyprus and Slovakia.

Italy has declared itself to be neutral on Venezuela, reflecting divisions within the coalition government in Rome between the right-wing League, which favors Guaidó, and the 5-Star Movement, which has warned against recognizing him.

The left-wing Greek government also has rejected pressure to endorse Guaidó and has not voiced support for Maduro as it has in the past, saying instead that elections are the only way out of the crisis.

A similar approach has been followed by Cyprus and Slovakia.

Slovakia does not recognize Guaidó as an interim president, Foreign Ministry spokesman Boris Gandel said. But he added that no Slovak representative attended Maduro's inauguration, and that showed that the country does not recognize the results of last year's presidential election.

Spain, which has been credited for setting the EU's line on Venezuela, has walked a fine line until now. Although the Spanish center-left government was the first among European peers to back Guaidó and recognize one of his aides as the "special envoy of the interim president" in Madrid, it fell short of using the term "ambassador."

That allowed Spain to maintain diplomatic ties with Maduro's administration, keeping the official Venezuelan Embassy in Madrid open. Spanish Foreign Minister Josep Borrell has warned against taking the U.S. government line of "all options on the table" to seek a "change of regime" in Venezuela, rather than facilitating free and fair elections.

A government spokeswoman said Spain "rejects a military coup," while it backs Guaidó's "legitimacy to lead democratic transition" in Venezuela.

The Venezuelan crisis resonates strongly in Spain, where the issue divides parties across the political spectrum.

Thousands of Venezuelans have migrated to Spain in recent years or are seeking asylum in the country, including prominent members of the opposition and former officials who worked closely with late Venezuelan President Hugo Chávez. More than 177,000 Spaniards live in Venezuela.

Spain has promoted the role of the EU-led International Contact Group, which seeks elections and a safe channel for humanitarian aid into Venezuela. The ICG has been criticized by the Venezuelan opposition, which says the group helps Maduro hold onto power.

U.S. officials, including Vice President Mike Pence, Secretary of State Mike Pompeo and national security adviser John Bolton, were quick to issue statements of support for the opposition. Pence tweeted: "We are with you! America will stand with you until freedom & democracy are restored."

The Trump administration has led calls for countries to recognize Guaidó as Venezuela's legitimate leader and has won the support of 54 countries. But the effort to recruit more has largely stalled as Maduro clings to power.

In Moscow, Russian President Vladimir Putin discussed the crisis in Venezuela with his top security body. Russia is a key ally of Maduro and one of his government's main suppliers of weapons.

Russian news agencies quoted Kremlin spokesman Dmitry Peskov as saying that Putin raised the topic during his scheduled meeting with his Security Council.

Peskov said the meeting "paid significant attention to the news reports about a coup attempt in that country," but he did not elaborate.

The Russian Foreign Ministry called on "the radical opposition" in Venezuela to stand down and "refrain from violence."

"It is important to avoid unrest and bloodshed," the ministry said in a statement, adding that Venezuela's problems "should be resolved through a responsible process of negotiation without preconditions."

It also urged the opposition to avoid "destructive interference from abroad."