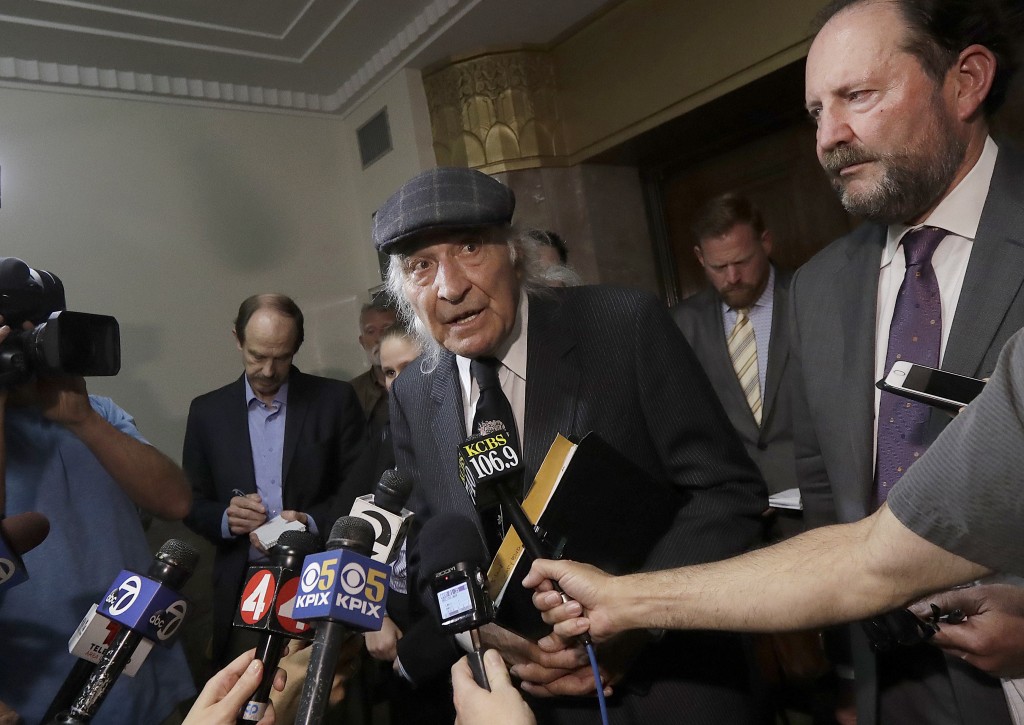 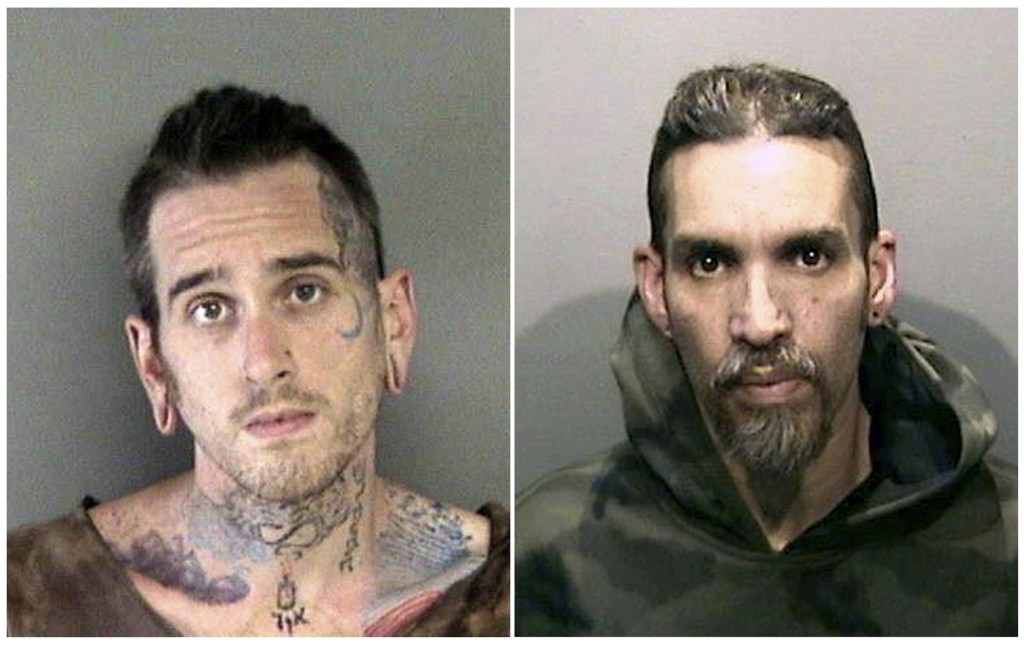 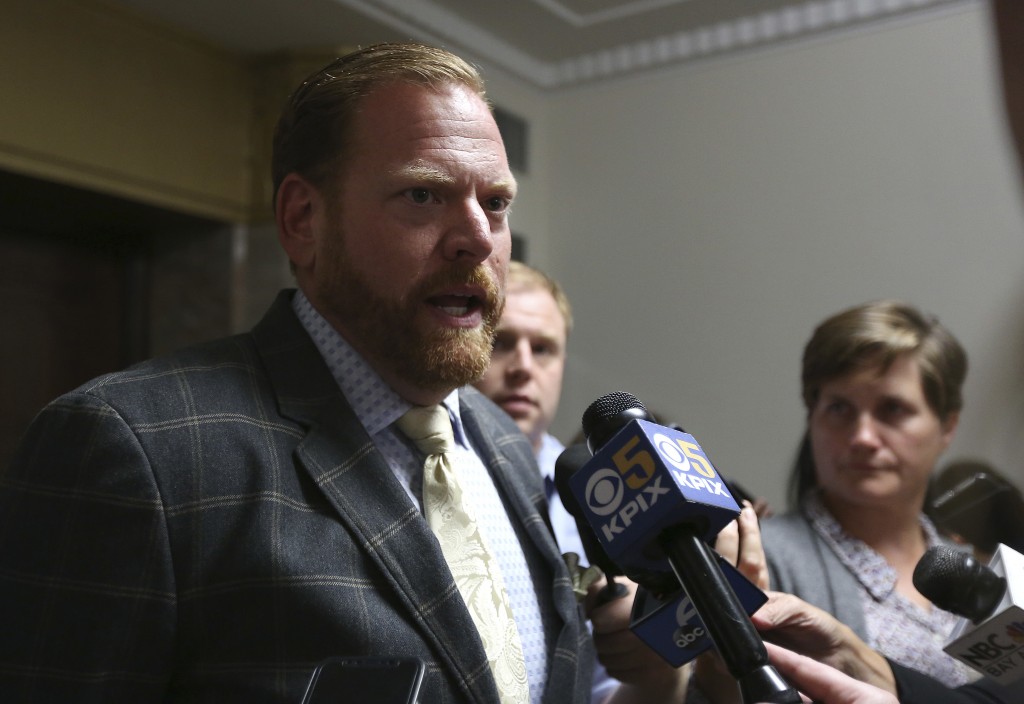 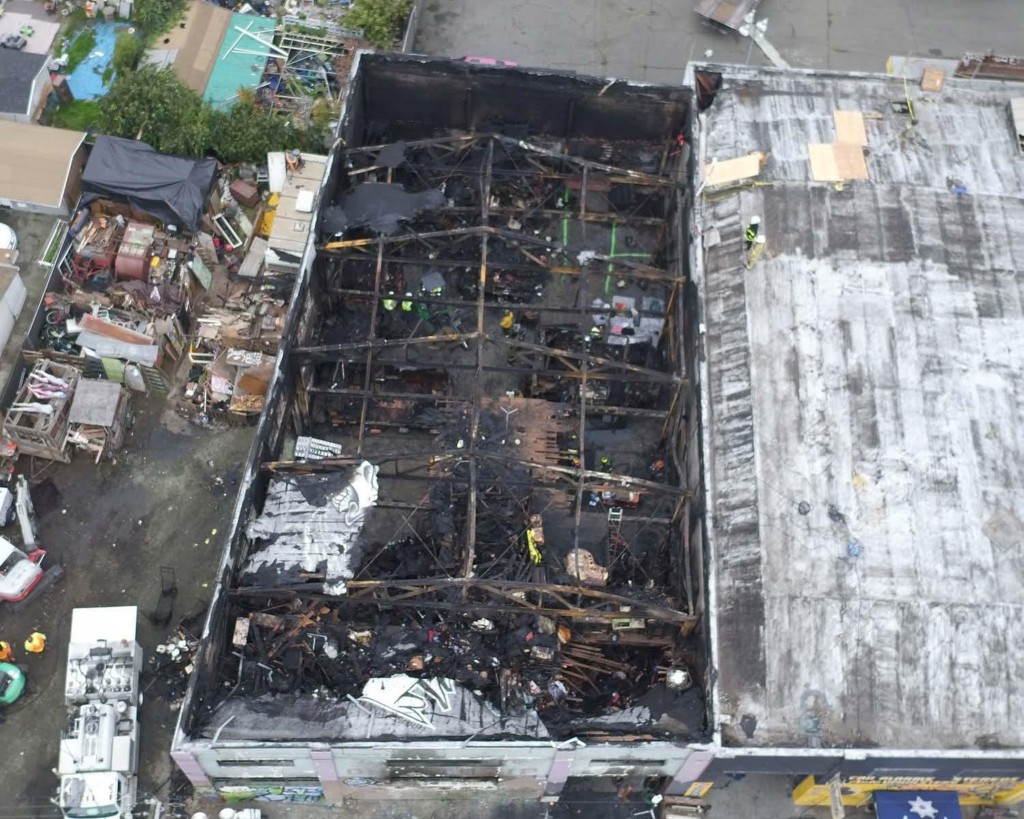 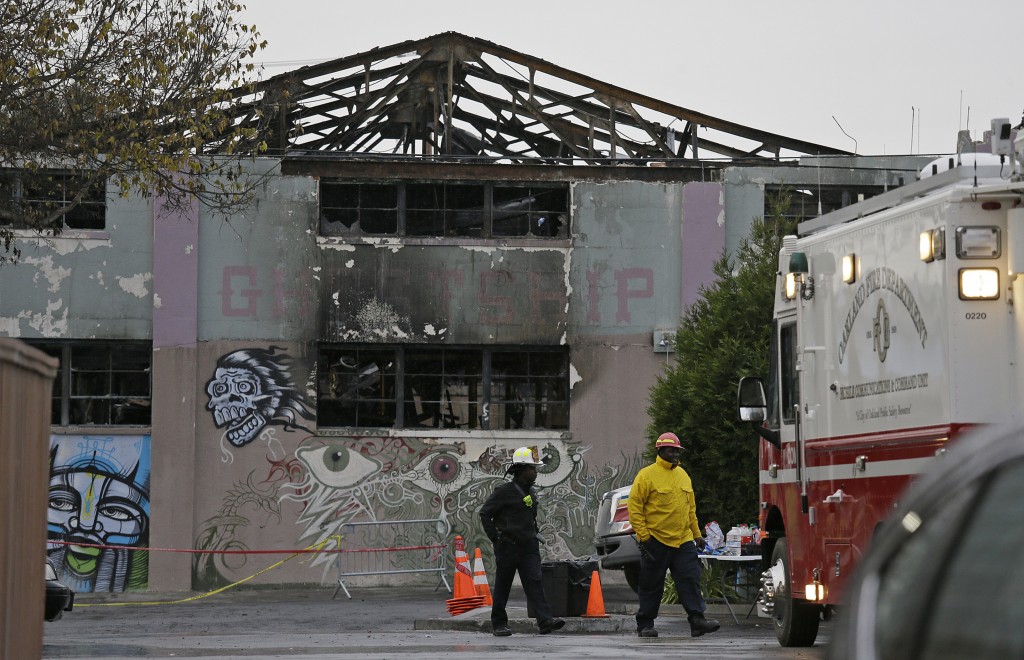 Derick Almena, 49, and Max Harris, 29, have been in jail since they were charged in June 2017, six months after the so-called Ghost Ship warehouse fire in Oakland during an electronic music show. Prosecutors allege that Almena illegally converted the industrial building into an unlicensed entertainment venue and artist live-work space. They say Harris collected rent and scheduled concerts.

An Alameda County jury of nine women and three men was picked from a pool of 480 prospective jurors and sworn in Monday. Opening statements are expected to begin Tuesday in an Oakland courtroom.

Almena rented the building, which was permitted only to store industrial and commercial products. Instead, Almena converted the dilapidated building into a series of bedrooms, places to park campers and concert rooms. Prosecutors say the pair crammed the warehouse with highly flammable furniture, art pieces and other knick-knacks that made it difficult for new visitors to quickly find exits during the fast-moving Dec. 2, 2016 fire. The cause of the fire has never been determined, which the men's attorneys have said will be a central argument of their defense.

It's the second time the case has neared resolution. Almena and Harris each pleaded no contest to 36 counts of manslaughter last summer as part of a plea bargain, but a judge in August scuttled the deals after families of victims objected to the sentences as too light. Almena agreed to admit responsibility in exchange for a nine-year prison sentence and Harris agreed to a six-year term.

Judge James Cramer said he rejected the plea deal because he felt Almena did not show remorse. Because the Alameda County district attorney's office insisted the plea bargains were a package deal, Cramer reluctantly rejected Harris' agreement as well, though the judge said he felt he was remorseful.

The men face up to 36 years each in prison if convicted on all counts.

In the current case, the judge has issued a gag order that prevents attorneys from discussing the case publicly. Before the order was imposed, Almena's attorney, Tony Serra, said he will argue that the fire could have been started by an arsonist or had other causes unrelated to the men's management of the property.

Harris' attorney, Curtis Briggs, said before the gag order was issued that he planned to argue that others such as the city of Oakland and its fire department, as well as the warehouse's landlord, share the blame for the fire. City codes require commercial buildings to be inspected annually, but the Oakland Fire Department and city officials said they could find no records of building inspectors examining the building.

Warehouse owner Chor Ng, who has never been charged, is also being sued for negligence in the lawsuits by the families. She and her attorney, Stephen Dreher, did not return email and phone messages seeking comment.

The men have also been named in lawsuits that victims' families have filed alleging that the Oakland Fire Department and Building Department failed to inspect the warehouse annually as required. The lawsuit says inspectors would have discovered the illegal conversions.

Alex Katz, a spokesman for the Oakland city attorney, declined to comment, citing the ongoing litigation.

The lawsuits claim electrical provider Pacific Gas & Electric also failed to properly monitor, inspect and repair electrical equipment that provided power to the warehouse. PG&E said in a statement that it cooperated with the investigation and that a review of its record found no electrical problems at the warehouse in the 10 years before the fire.