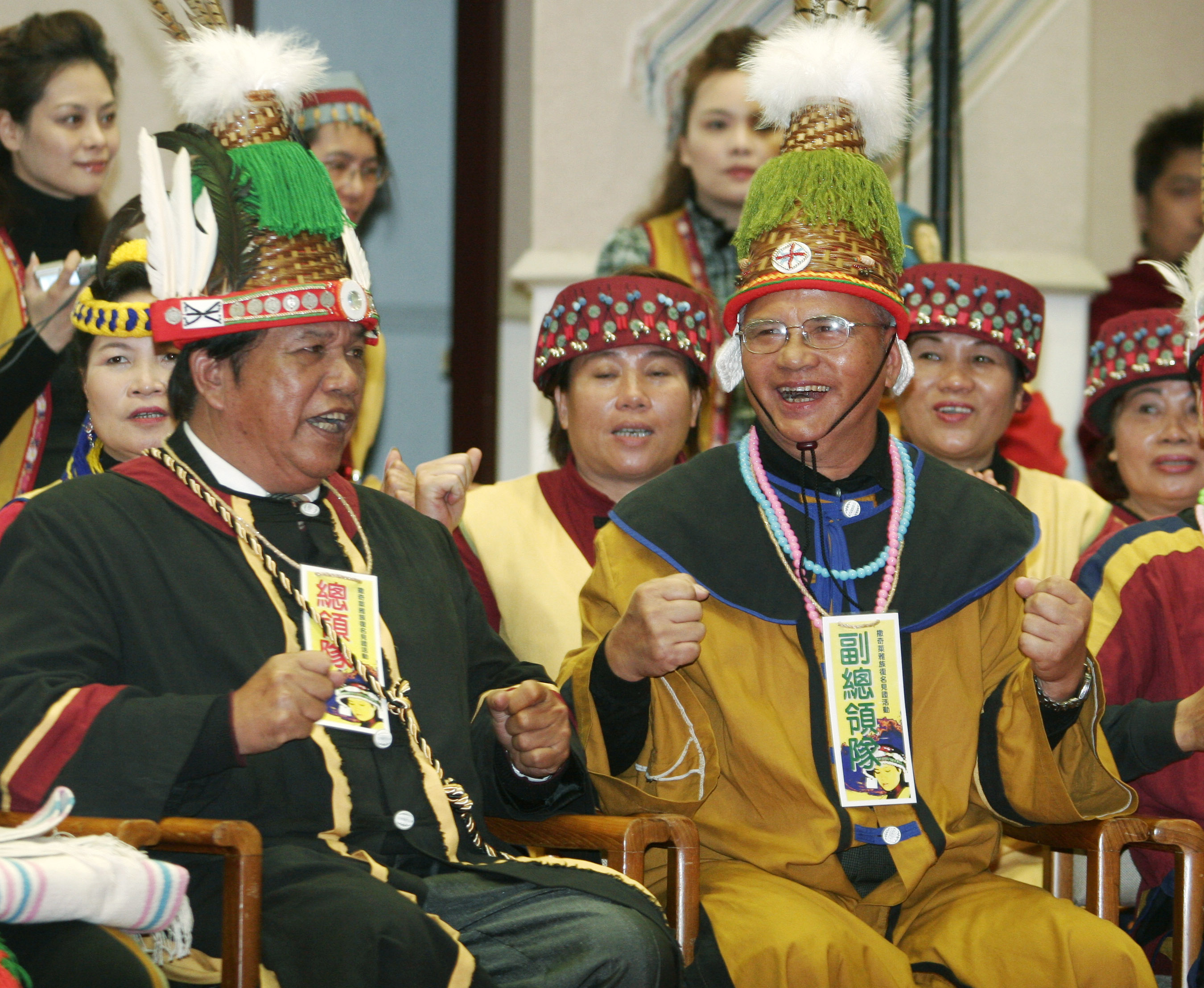 The Cabinet yesterday approved the application of the Sakizaya people to be officially recognized as Taiwan's 13th indigenous people and as separate from the Amis people, with whom they had been grouped for over a century.
At a ceremony held to mark the occasion at the Executive Yuan complex, Premier Su Tseng-chang (蘇貞昌) observed that "the Sakizaya people have realized rectification of their name a step ahead of Taiwan itself," adding that "Taiwan's effort to rectify its own name needs to continue."
Su related that although the existence of the Sakizaya people had been recorded in Spanish imperial documents as early as 1636, they had been categorized as part of the Amis people during the period of Japanese colonial rule (1895-1945) and during the subsequent period of rule by the Kuomintang.
"However, there are obvious differences in language and national consciousness between the two peoples," said Su. "From this day onward, the Sakizaya people have officially become Taiwan's 13th indigenous people."
Su stated that both the Japanese colonial authorities and the former KMT government had "entirely not respected the will of indigenous people."
But after the transfer of power from the KMT to the DPP in May 2000, the new governing party implemented the policy of promoting the principle of "a new partnership between indigenous peoples and the Taiwanese government," promulgated a white paper on policy toward indigenous peoples, enacted an indigenous peoples's basic law and had recognized several indigenous peoples, he said.
The premier related that the Executive Yuan had "rectified the name" of the Thao people on August 8, 2001, the Kavalan people on December 25, 2002 and the Truku people on January 14, 2004.
"Today's ratification of the Sakizaya people as one of Taiwan's indigenous tribes represents the government's respect for the spirit of the Constitution and respect for the right of indigenous peoples to strive for the rectification of their names," the premier stated.
He said that since citizens are likely to be unfamiliar with the Sakizaya, the Ministry of Education should include information on the newly recognized tribe in instructional materials on native culture "to enhance the understanding and mutual respect in Taiwan society for all ethnic groups."
Su also praised the Amis tribe for "generously assisting and helping the Sakizaya tribe so that they would not vanish."
Amis Tribe General Chief Chen Shuang-jung said that he was "very happy to witness that the Sakizaya people had officially had a rectification of name and become a new indigenous tribe."
"The Sakizaya and the Amis peoples have always been brothers and both have contributed to the history and honor of the Amis people," said Chen, who added that while the Amis found it hard to let go these ties, they have given their blessings to the attainment of the Sakizaya's new "national identity."
Council for Indigenous Peoples Minister Walis Perin related that the movement for rectification of the Sakizaya tribe's national name was launched in July 1990 and an official application for the rectification was submitted to the Council of Indigenous Peoples by a delegation of 60 Sakizaya tribe members in October 2005.
In a "Declaration of Sakizaya Restoration," Hualien County Sakizaya Tribe Development Association Chairman Huang Chin-wen declared that "after living a life of exile for 129 years" during which the tribe hid their identity and depended on the Amis people, "we have really come home."
"Sakizaya is our home; Sakizaya is our name," intoned Huang, who added that "we will never forget the noble friendship of the Amis."
Although the CIP estimates the Sakizaya population to be between 5,000 to 10,000, Sakizaya tribe spokeswoman Abas told the Taiwan News that the group numbers "over 12,000."
Historical material distributed by the CIP related that Dutch and Spanish documents noted the separate existence of the Sakizaya people around 1630 in northeast Taiwan and that, after a joint rebellion against the Qing dynasty launched by the Sakizaya and Kavalan tribes in 1878 had failed, the tribe moved south and gradually assimilated into Ami settlements.