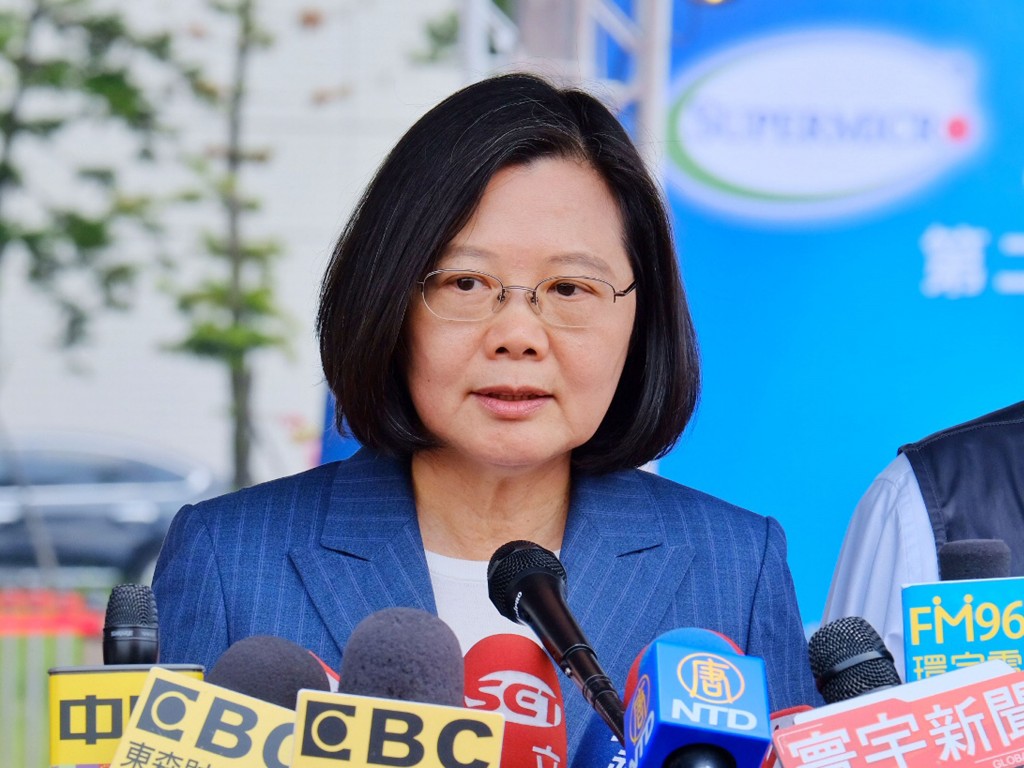 Gou questioned the government’s decision to purchase tanks and fighter jets from the United States at an event on Sunday, during which he said Taiwan should neither fear nor provoke China. “Why should Chinese people fight Chinese people?” he asked.

Tsai was asked to comment on Gou’s statement while attending the groundbreaking ceremony of I.T. manufacturer Super Micro Computer’s Asia-Pacific Science and Technology Park in Taoyuan.

Taiwan has long contributed to peace and stability in the region, she said, and its standpoint is clear. Taiwan awaits other countries in the region to foot their responsibility and help maintain peace.

Many actions have been taken to ensure Taiwan maintains the capacity to defend itself, said Tsai. Taiwan has since 2016 been committed to autonomy in research and development, manufacturing, and plane and ship-building for national defense purposes.

Taiwan only resorts to arms procurement when it cannot sufficiently meet its own needs, she said.

Tsai said she believes Gou would agree that no matter the country nor people, military force should not be used to break peace. Beijing’s violent treatment of Chinese dissidents has received worldwide attention; Xi Jinping has not relinquished his promise to use force against Taiwan if deemed necessary, she added.

The president was asked to comment on Sunday’s anti-extradition law protests in Hong Kong.

This kind of problem arises again and again, she said. It demonstrates that “one country, two systems” is something Hong Kong neither wants nor accepts.

It is important that the people of Hong Kong are able to decide on their own government system and lifestyle, said Tsai. It once again proves “one country, two systems” would not be an option for Taiwan if it were under Chinese control.