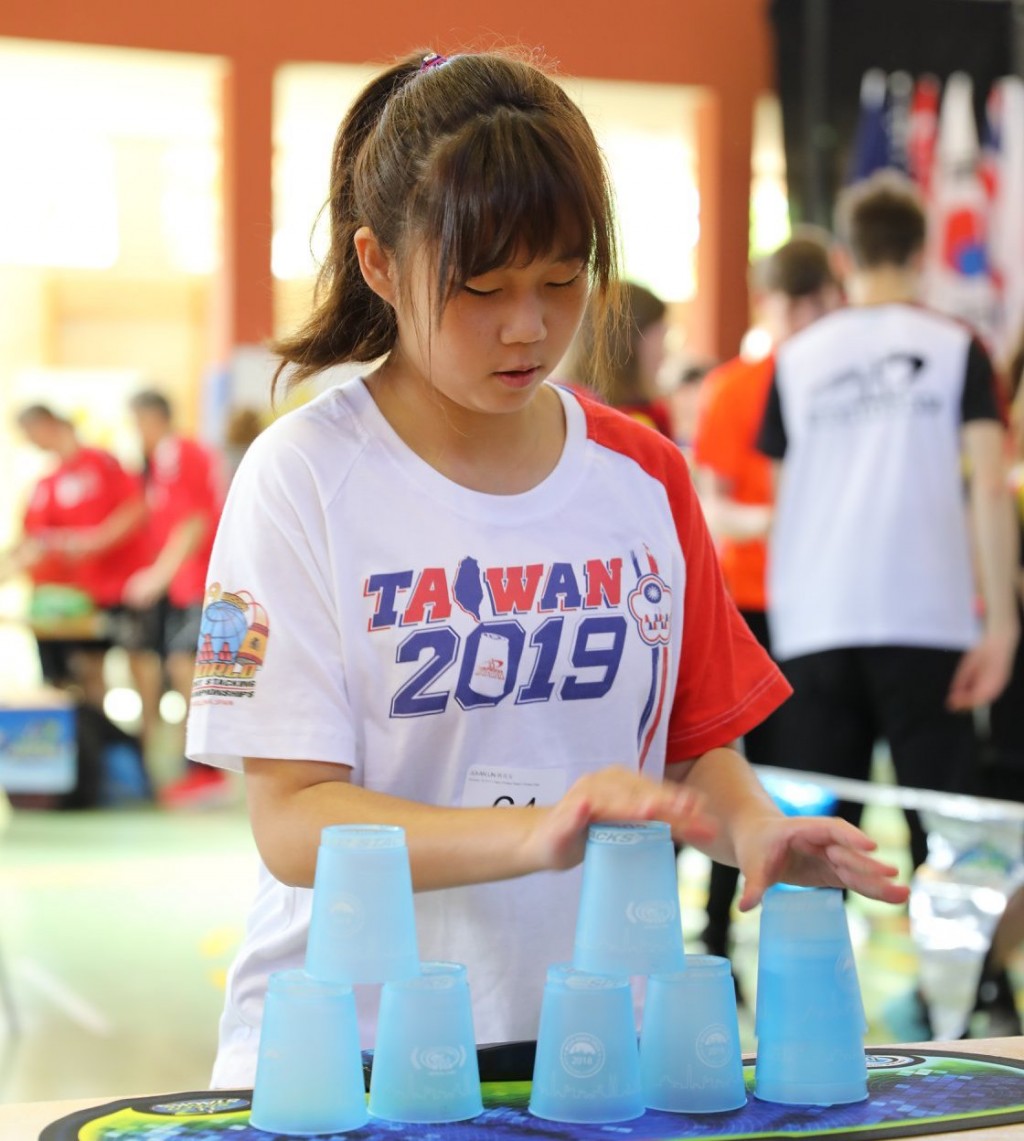 According to the WSSA rule book, the 3-3-3 stack requires competitors to “up stack” and “down stack” the cups from left to right or right to left in three stacks made up of three cups in each stack.

Lin only took 1.660 seconds to complete the routine and set herself apart from the runner-up, Sae Ryung Park from South Korea, making her the fastest in the division this year.