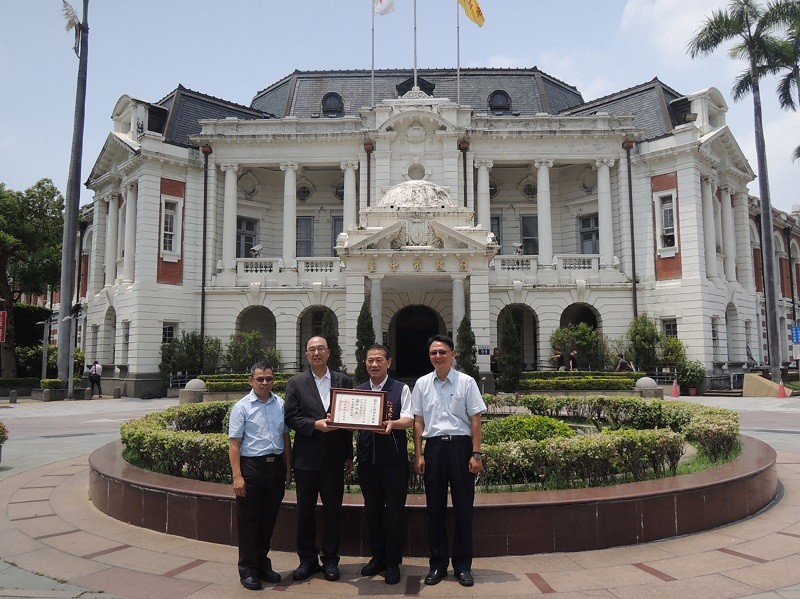 Taichung City Government applied to the Ministry of Culture (MOC) for upgrading Taichung Prefectural Hall to a national historic monument in April of last year. After several evaluation meetings, the MOC finally approved the city’s application and designated the building as a national historic monument on Jan. 25 of this year. The certificate giving ceremony was held at Taichung Prefecture Hall on Friday (April 26).

Taichung Cultural Heritage Department (CHD) said Taitung Prefectural Hall, which was built in stages from 1913 to 1934, was one of the five prefectural halls in Taiwan during Japanese rule (1895 - 1945). The portions of the site designated as the national historic landmark include the main building, south subsidiary building, and meeting hall behind the main building.

Originally, Taichung had only two national historic sites, Wufeng Lin Family Mansion and Garden (霧峰林家花園) and Former Taichung Station (台中火車站), and this year alone two national-level sites were added to bring such sites in the city to four, the CHD said.

The new additions are Taichung Prefectural Hall and the Luce Chapel (路思義教堂) in Tunghai University.