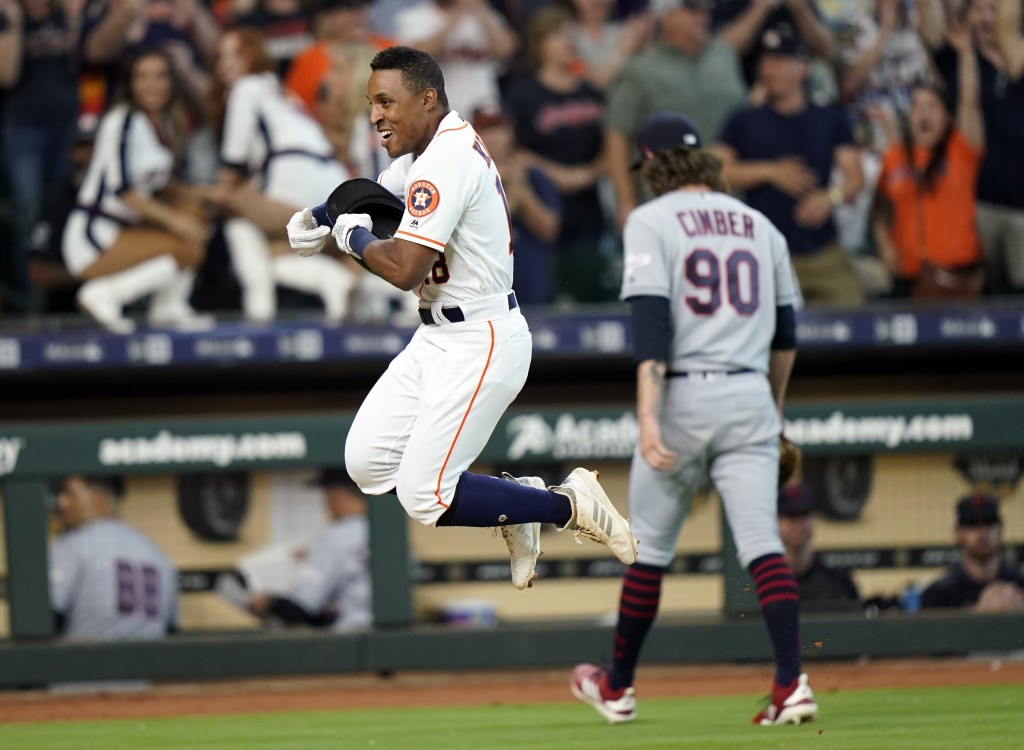 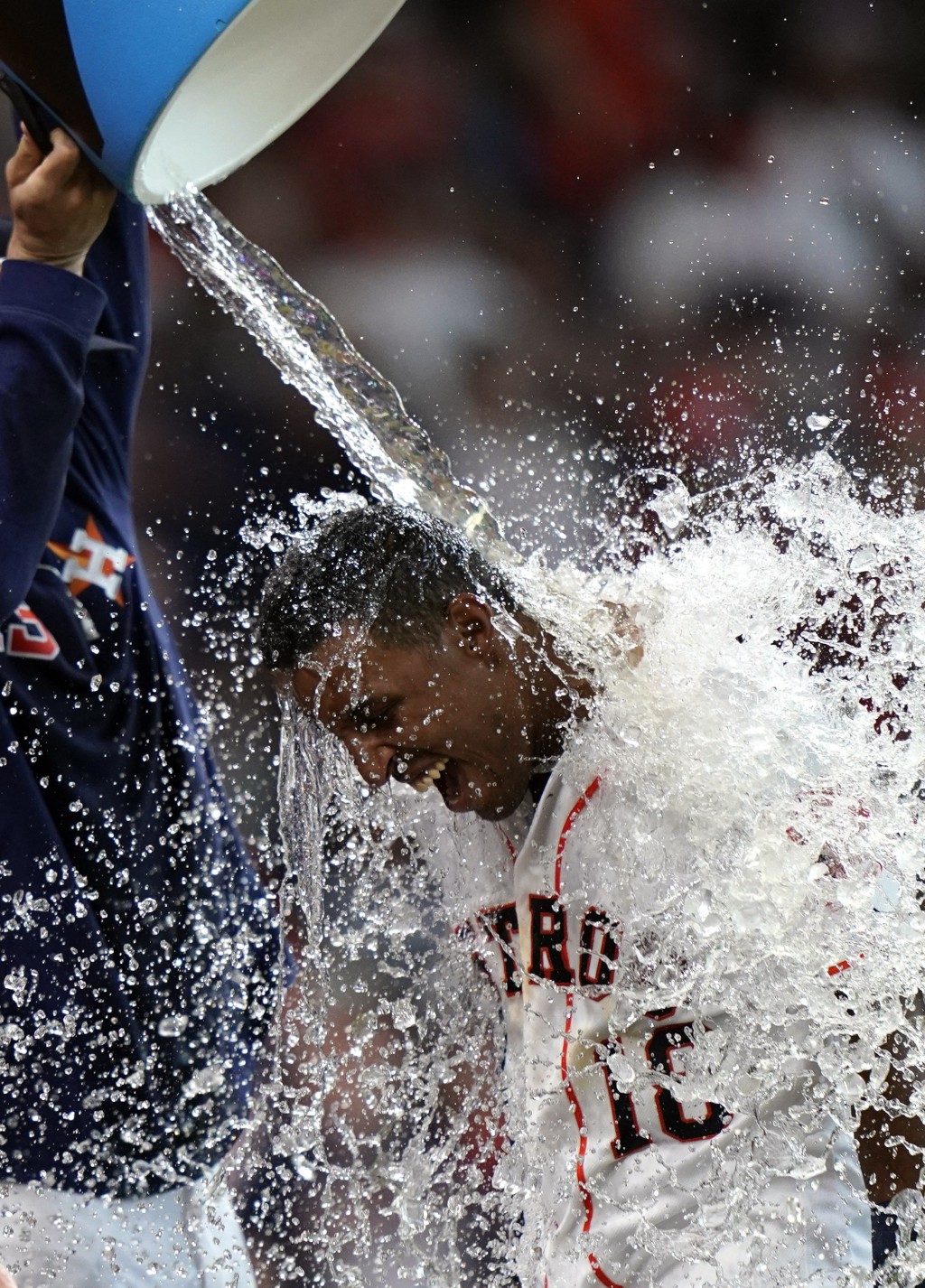 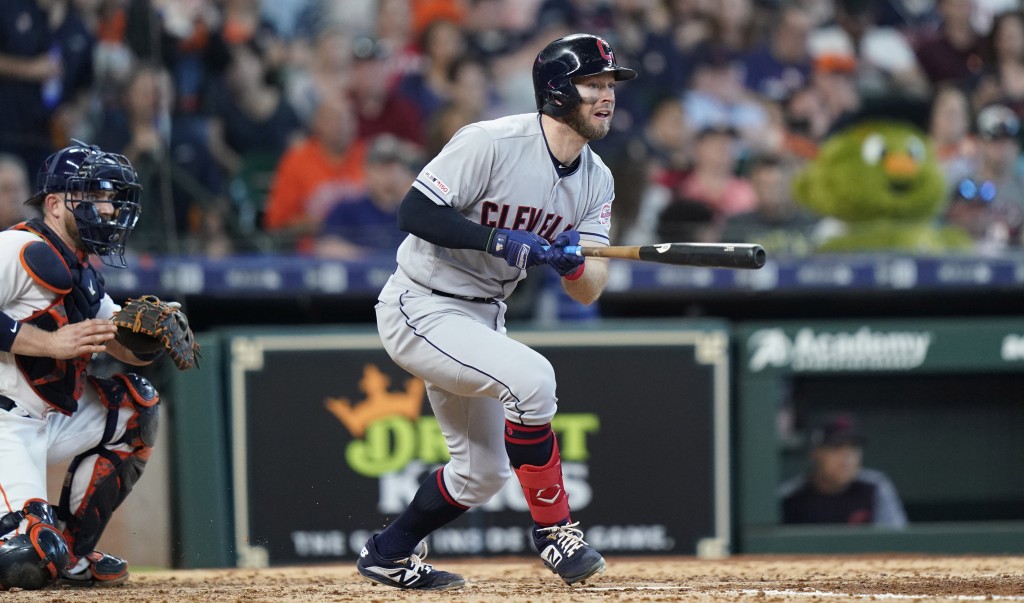 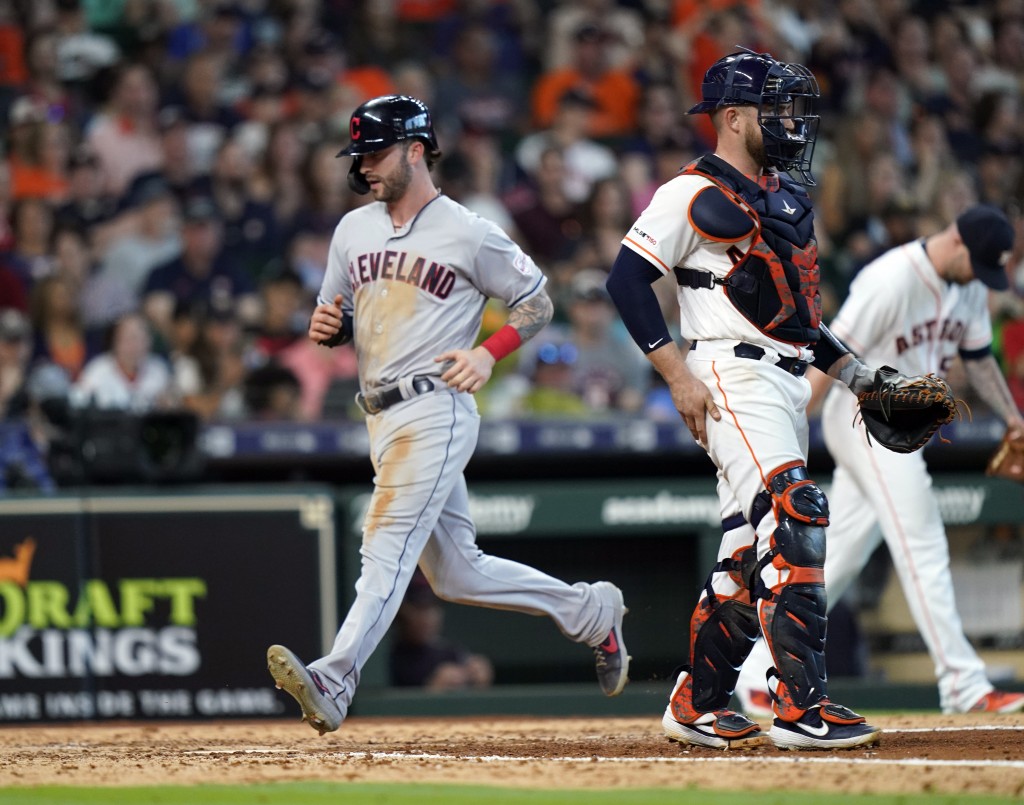 HOUSTON (AP) — Tony Kemp hit a game-ending homer in the 10th inning, lifting the Houston Astros to a 4-3 victory over the Cleveland Indians on Saturday.

Kemp led off with a pinch-hit drive off Adam Cimber (2-2) that traveled just inside the right-field foul pole for his second homer of the season.

Houston opened a 3-1 lead on Carlos Correa's two-run homer in the sixth, but Cleveland responded with two in the seventh. Francisco Lindor had a pinch-hit sacrifice fly before Mike Freeman singled in Tyler Naquin, tying it at 3.

Brad Peacock pitched six effective innings for the Astros, allowing one run and four hits. The right-hander struck out seven and walked one.

Shane Bieber struck out nine in six innings for the Indians. He was charged with three runs and three hits.

The Astros grabbed the lead on Aledmys Diaz's RBI double in the second. The Indians tied it when Jose Ramirez scored on Carlos Santana's double-play grounder in the fourth.

Leonys Martin appeared to have a leadoff homer for Cleveland in the first. But it was ruled foul after a replay review, and Martin popped out.

Cleveland right-hander Trevor Bauer posted a 10-second video on Twitter on Friday night during which he asks an Alex Bregman bobblehead — the Astros' giveaway on Friday — "What's up little buddy, did I dominate you last night?" The bobblehead's head bounces up and down in response. Bauer pitched eight innings in Thursday's 2-1 win over the Astros.

"If he calls that dominating, then I'm very happy for him," Bregman said Saturday. Bregman added sarcastically that he was proud of Bauer.

The pair also clashed last season after Bauer insinuated in a tweet that Houston pitchers were using sticky substances to increase spin rates. Bregman called Bauer "Tyler" in a reply to the tweet. Bauer denied he was accusing the Astros of cheating.

The feud continued during the offseason when Bauer challenged Bregman to take batting practice off him and offered to donate money to charity for every home run for the third baseman. Bregman turned down the offer.