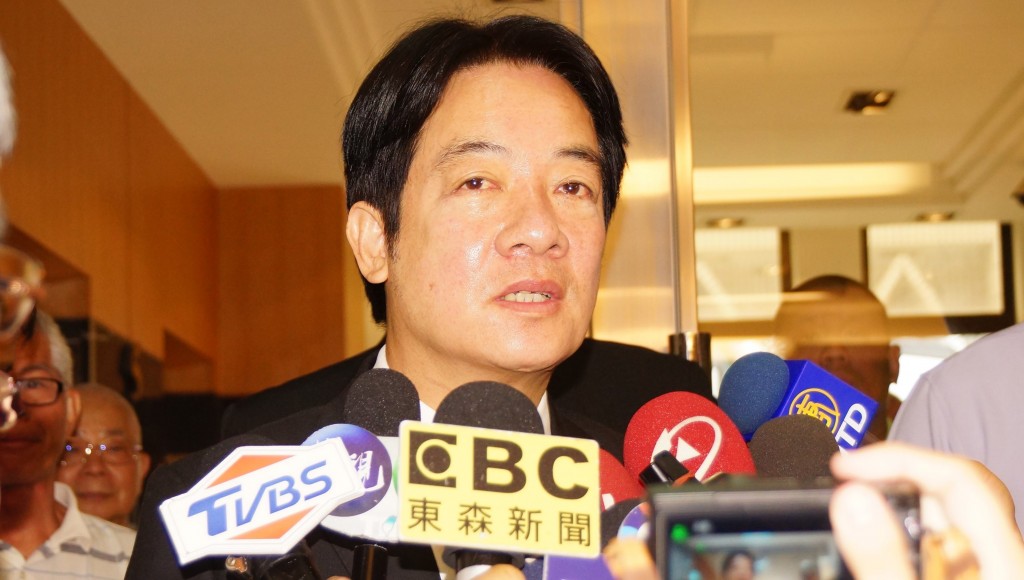 The statement indicated his disagreement with a comment by Foxconn Technology Group Chairman and Kuomintang presidential contender Terry Gou (郭台銘) that the key to Taiwan’s role in regional economic development was in Beijing’s hands, the Central News Agency reported.

Gou saw the pressure from China, but Taiwan’s right to live and the aims of its struggle were in the hands of the people of Taiwan, Lai said. Fighting was very important, so if only the Taiwanese stood together and if the direction was right, it would be certainly possible to overcome difficulties, the former premier added.

Lai is in the middle of a campaign to become the ruling Democratic Progressive Party’s presidential candidate in the January 11, 2020 election. The party has formed a five-member mediation panel which is trying to reconcile Lai with President Tsai Ing-wen (蔡英文), who wants to run for a second and final term.

As before, Lai insisted Saturday that as a party based on democratic values, the DPP should continue with its primary selection process, in which he wanted to run. He rejected recent calls for an agreement that would have Tsai as the presidential candidate and him as her running mate, without primaries taking place.

Lai was speaking in Kaohsiung Saturday in the margin of a seminar about 40 years of Taiwan Relations Act.