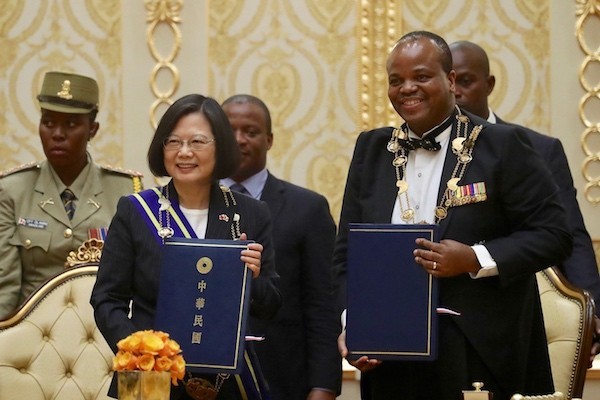 TAIPEI (Taiwan News) - Visitors from Taiwan’s only African ally, the Kingdom of eSwatini, will be allowed to stay on the island for a maximum of 90 days beginning June 1, the Ministry of Foreign Affairs (MOFA) announced Friday (April 26).

This year marks the 50th anniversary of official diplomatic relations between the two countries. King Mswati III of eSwatini has been a frequent visitor to Taiwan, with a son of his even graduating from a Taiwanese university. An estimated 200 students from the landlocked Southern African nation is believed to be studying in Taiwan.

A visa waiver was already in effect for from holders of diplomatic and public affairs passports from eSwatini, formerly known as Swaziland, but the new measure expanded benefits to all citizens, the Central News Agency reported.

Visitors would have to show a passport valid for at least six months after their arrival, proof of hotel reservation and of sufficient financial means, and information about a contact person in Taiwan, MOFA said. The list of valid reasons for visiting included tourism, family visits, business, international exchanges and participation in trade fairs.

The measure would promote tourism and trade contacts between Taiwan and eSwatini following visa waivers for other allies, such as Nauru and Tuvalu in the Pacific, according to MOFA.