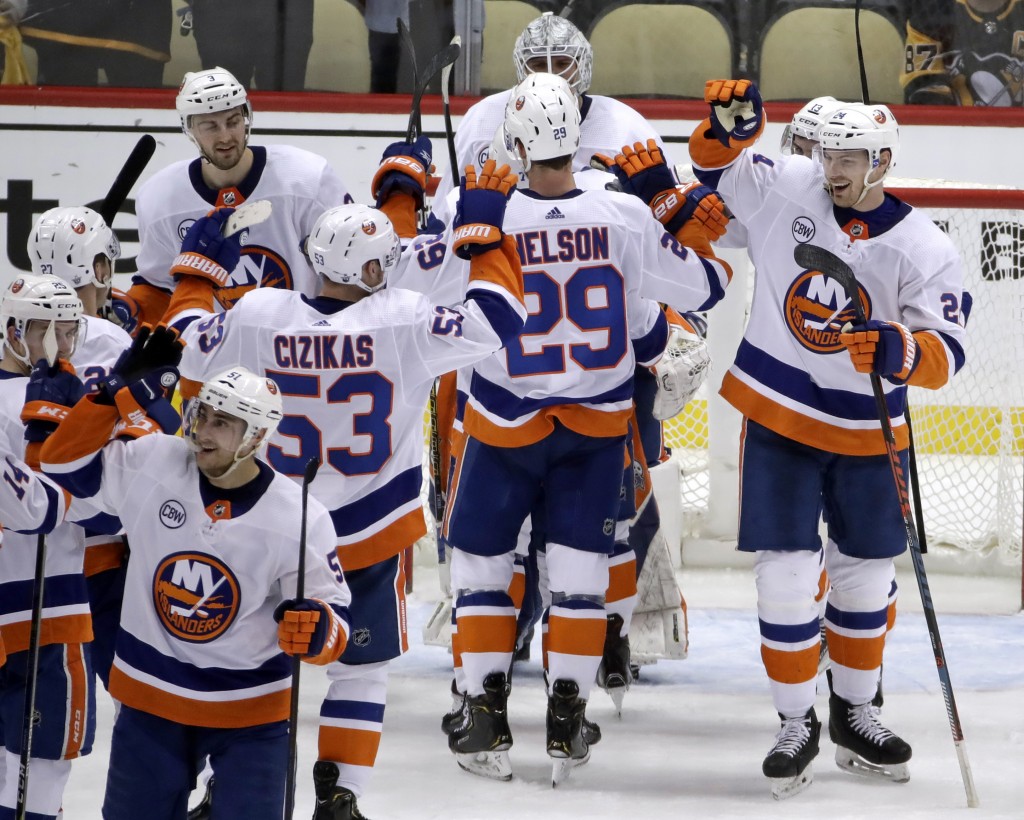 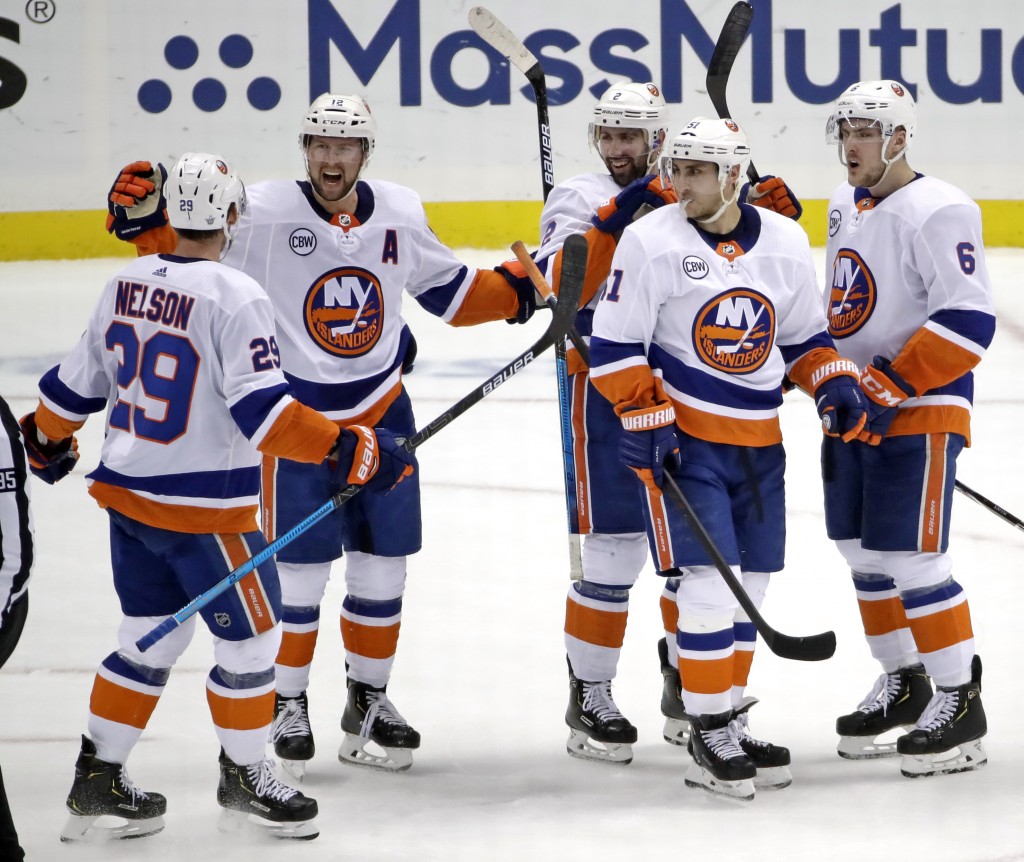 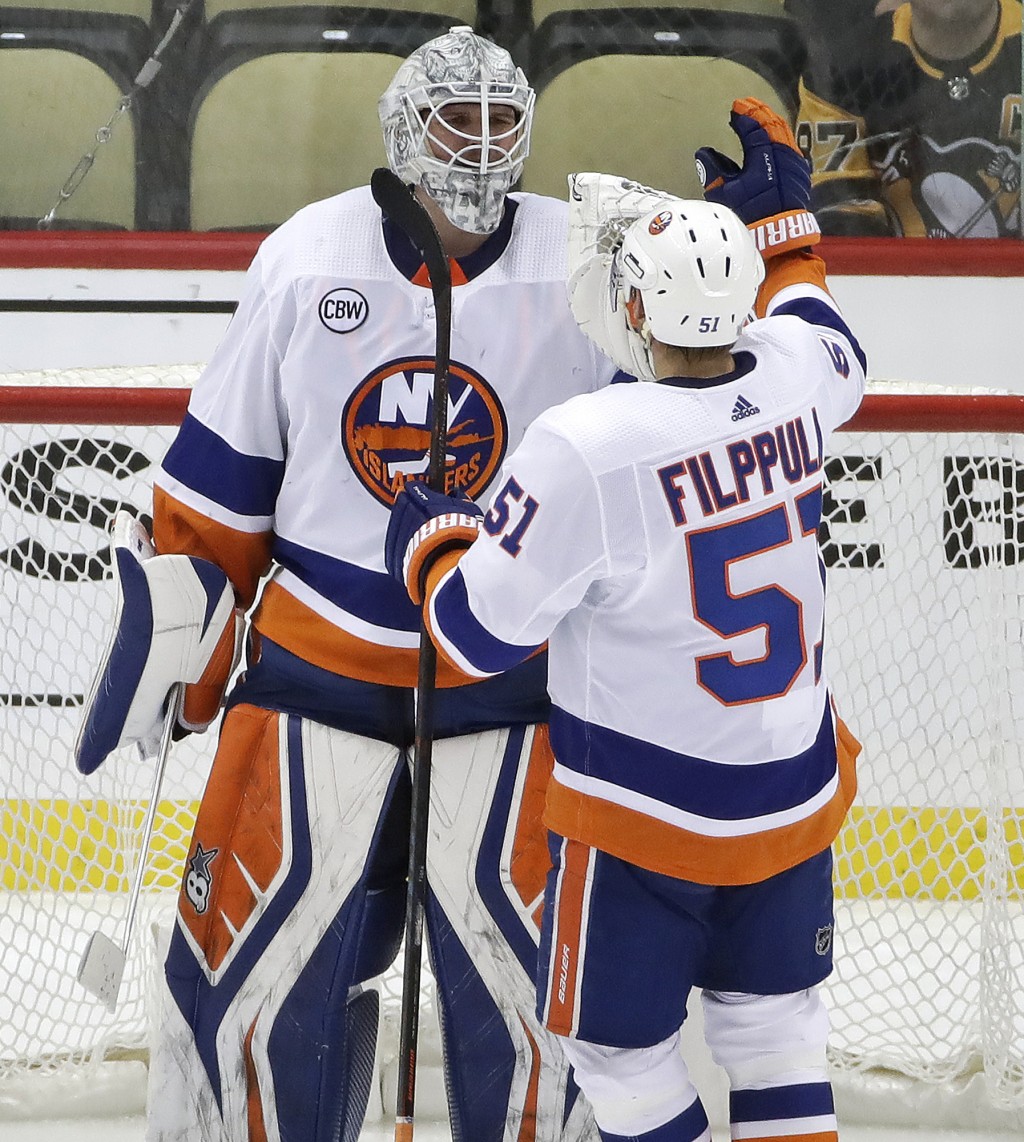 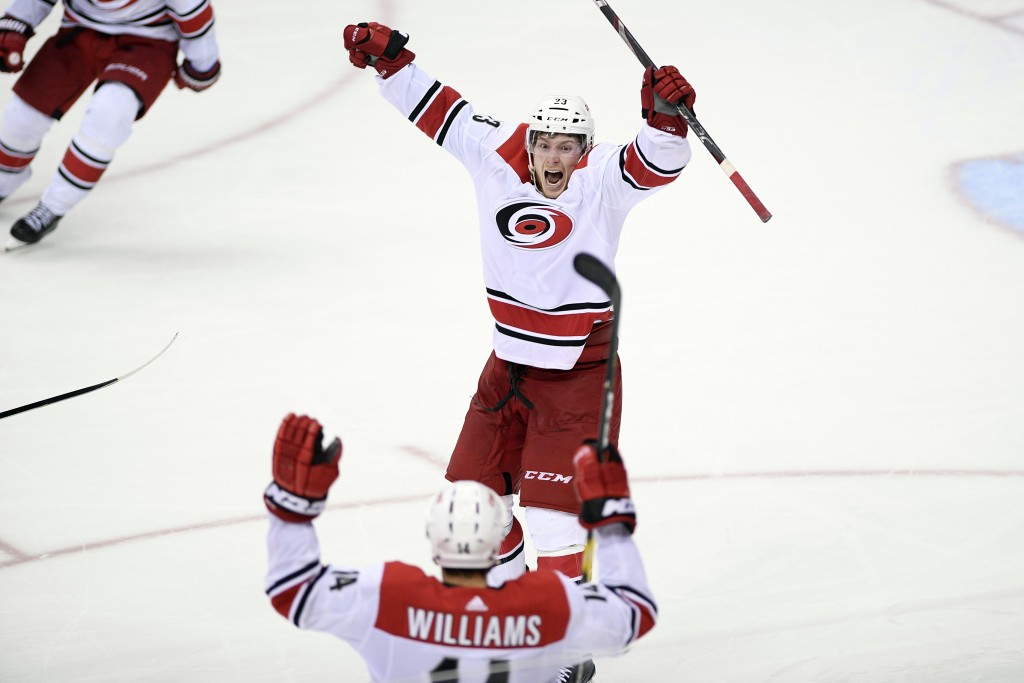 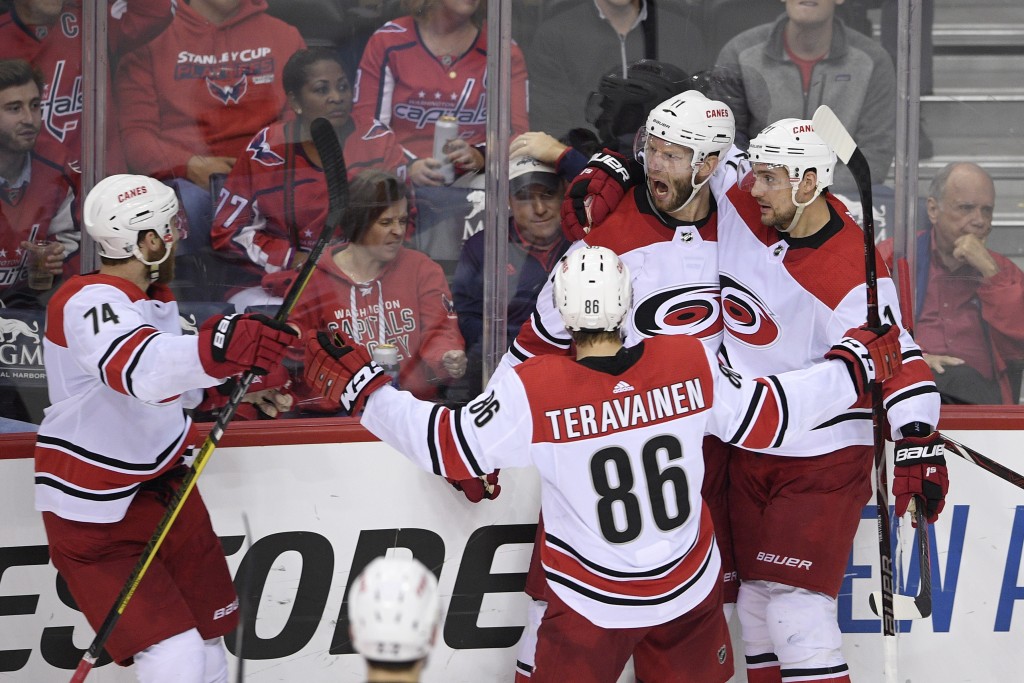 NEW YORK (AP) — The New York Islanders are rested and ready to go. The Carolina Hurricanes haven't had a chance to relax after outlasting the defending champions in a marathon seven-game series.

More than a week after finishing off a sweep in the first round, Mathew Barzal and the defense-first Islanders get set to open the Eastern Conference semifinals at home against the upstart Hurricanes.

"It was a long wait," Barzal said. "We've been practicing hard, practicing some scrimmage stuff. ... We're just anxious to get it going again."

New York has not played since dispatching Pittsburgh on April 16, while the Hurricanes took Washington to the limit with the deciding game lasting into a second overtime Wednesday night. Now, less than 48 hours later, the teams will meet in the postseason for the first time.

Islanders coach Barry Trotz didn't mind the layoff because it allowed some banged-up players like Cal Clutterbuck and Scott Mayfield a chance to heal. Defenseman Johnny Boychuk, however, remains sidelined for several weeks.

Both teans are here after surprising seasons and stunning victories in the opening round. In the first year under Trotz, the Islanders used a strong defensive system, timely scoring and some stellar goaltending to return to the playoffs after a two-year absence and following the departure of former captain John Tavares in free agency last summer. New York held off Pittsburgh down the stretch to finish second in the Metropolitan Division and then quickly disposed of the Penguins.

Carolina, which missed the playoffs for nine straight years, was 15-17-5 on Dec. 30 and one point out of last place in the East before going 31-12-2 the rest of the way. The Hurricanes then won a grueling series against the Capitals, marking the first time in NHL history all four division winners were eliminated in the first round.

"The biggest challenge is going to be switching gears," Hurricanes coach Rod Brind'Amour said. "We've been going real hard here for a couple weeks. Obviously all that emotion. To throw that away and focus on a whole new opponent, different style, that'll be the biggest challenge."

The teams both use a tenacious defense to try and smother opponents' chances and generate scoring opportunities for themselves. The Islanders allowed a league-low 2.33 goals per game during the season, while the Hurricanes were tied for seventh at 2.70.

Jordan Eberle led the Islanders in the first round with four goals and two assists, giving him nine goals and three assists in his last 11 games dating back to the regular season. Brock Nelson, who had 25 goals and 28 assists during the season, scored three against the Penguins. Anders Lee (28 goals, 23 assists), Josh Bailey (16 goals, 40 assists) and Barzal (18 goals, 44 assists) also had 50-point seasons.

"They're patient," Brind'Amour said. "(They) play that defensive game and when you crack is when they go."

Warren Foegele had a team-high four goals in the first round and was tied with Dougie Hamilton and Jordan Staal — who each had three goals and three assists. Teuvo Terraivanen also scored three goals, and Jaccob Flavin had nine assists to lead the team in points.

Some things to know as the teams open the conference semifinals Friday night at Barclays Center:

HELLO, AGAIN: Carolina's Justin Williams and Calvin de Haan will be seeing some familiar faces in this series. The 37-year-old Williams spent two seasons under Trotz with the Capitals before returning for a second stint with Carolina in 2017. Williams had an assist on Brock McGinn's series-winning goal against Washington, giving him an NHL-record 15 points in Game 7s of the playoffs.

"A great leader," Trotz said. "And he doesn't get small in the big moments."

De Haan was selected by the Islanders in the first round of the 2009 draft — the same year Tavares was taken No. 1 overall — and spent the previous five-plus seasons with New York before he signed with the Hurricanes last summer.

GOALIES: Robin Lehner has taken the reins as the lead goalie for the Islanders after splitting time with Thomas Greiss during the season when the duo paired to win the William Jennings Trophy for allowing the fewest goals in the league. Lehner — a finalist for the Vezina Trophy after going 25-13-5 with a 2.13 goals-against average and six shutouts — played every minute of New York's sweep of Pittsburgh in the first round. He limited the Penguins to just six goals on 156 shots.

Carolina's Petr Mrazek had an uneven first round, He struggled on the road, giving up 13 goals on 78 shots in Hurricanes losses in Games 1, 2 and 5, but was stellar at home while limiting the Capitals to only three goals on 74 shots in wins in Games 3, 4 and 6. In Game 7 back in Washington, he gave up three goals on 18 shots before stopping the last 19 to allow the Hurricanes to rally from two goals down.

SECOND-ROUND STRANGERS: After missing the playoffs in eight of the last 11 years, the Islanders are coming off their second postseason series win since 1993. This is Carolina's second time in the playoffs since winning the Stanley Cup in 2006. The Hurricanes reached the Eastern Conference finals in their last time in the postseason three years later.

SEASON SERIES: The Islanders won three of four meetings, including both visits to Carolina in October. New York also won 4-1 at Barclays Center on Nov. 24, before Carolina took the last meeting 4-3 at the Nassau Coliseum on Jan. 8.