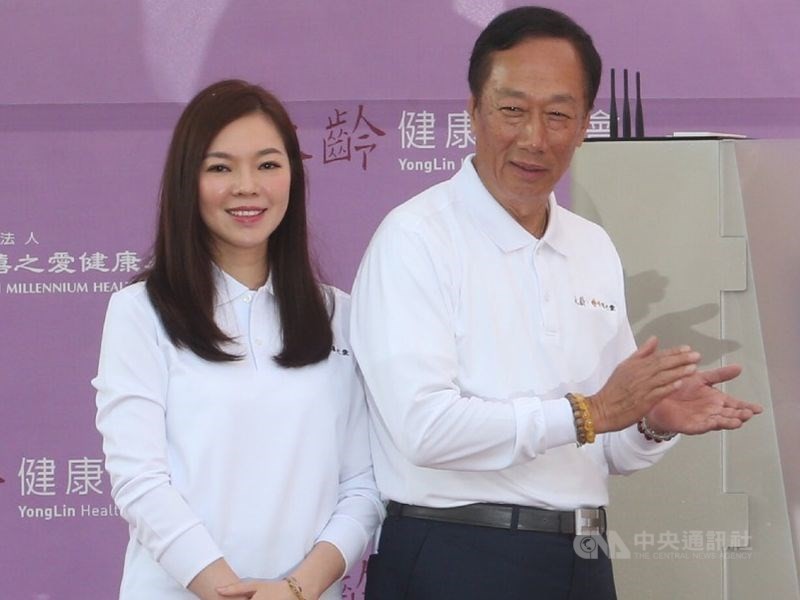 On April 17, Gou, one of the island’s wealthiest men, said he was willing to participate in the KMT primaries to select a candidate for the January 11, 2020 presidential election.

Speaking in an interview with cable station TVBS Thursday, he said his wife could not forgive him for suddenly jumping into politics. He said he had not seen her for a week, but he knew where she was, and would not tell media her whereabouts to guarantee her safety.

One of his major problems at the moment was his family situation, as he had to head home early to take care of the children, the Central News Agency quoted him as saying.

The tycoon’s first wife, Serena Lin (林淑如), died of breast cancer in 2005. He remarried with Tseng, 45, a choreographer, with whom he has three children.

Gou, 68, has come under attack as a pro-China candidate, especially since Foxconn runs massive factories in China, manufacturing electronics products for Apple and other prominent brands.

The KMT still has to announce details of its presidential candidate selection process, in which Gou is expected to face tough competition from Kaohsiung City Mayor Han Kuo-yu (韓國瑜).