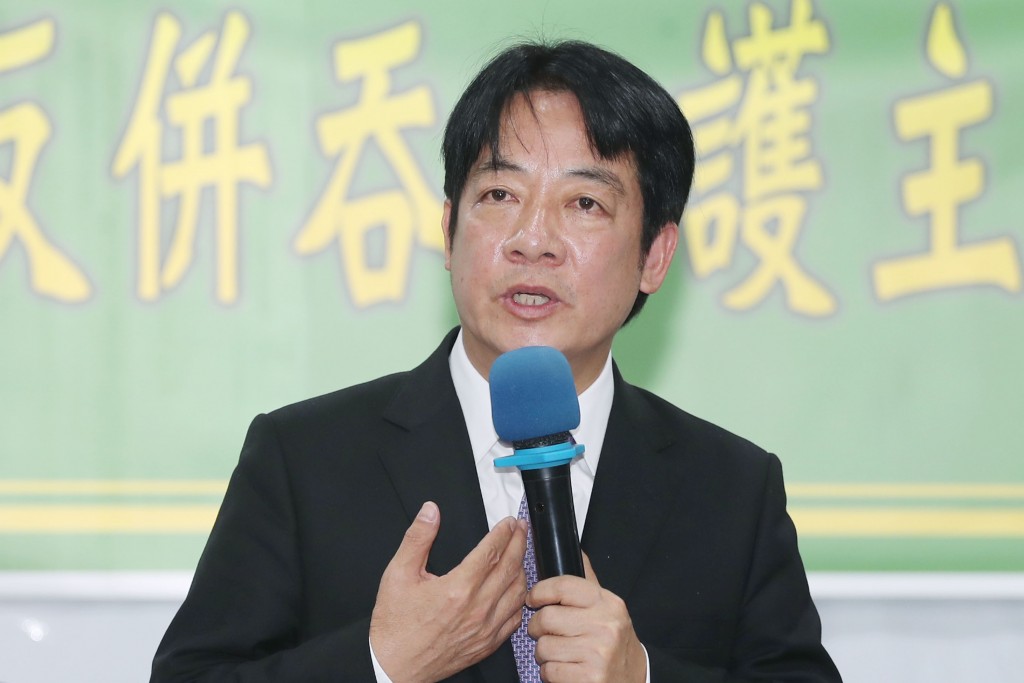 TAIPEI (Taiwan News) - If he meets again with President Tsai Ing-wen (蔡英文), the topic of discussion should be the selection process for a presidential candidate, and not just a request for him to drop out of the race as on the previous occasion, former Premier William Lai (賴清德) said Thursday (April 25).

The ruling Democratic Progressive Party (DPP) set up a five-member mediation panel to find common ground between Tsai and Lai, who both registered to run in primaries to select the party’s candidate for the January 11, 2020 presidential election.

As Lai has insisted he wanted to continue and stand in primaries already postponed from mid-April to late May, the party has hinted it might want to bring the two contenders together, perhaps as early as this week.

Speaking at a meeting with pro-Taiwan groups Thursday, Lai said “solidarity” should not be a strategy during the primary process, but should occur once a candidate had been chosen, the Central News Agency reported.

He also seemingly rejected calls from DPP supporters for a “Tsai-Lai ticket,” in which he would be the vice-presidential candidate. The winner of the primaries should be allowed to choose his own running mate, CNA quoted him as saying.

The former premier and ex-mayor of Tainan said he had not received an invitation yet to meet with Tsai, adding that he wanted to talk about the selection process. He added he would be traveling to Japan next month at the invitation of local Taiwanese groups.