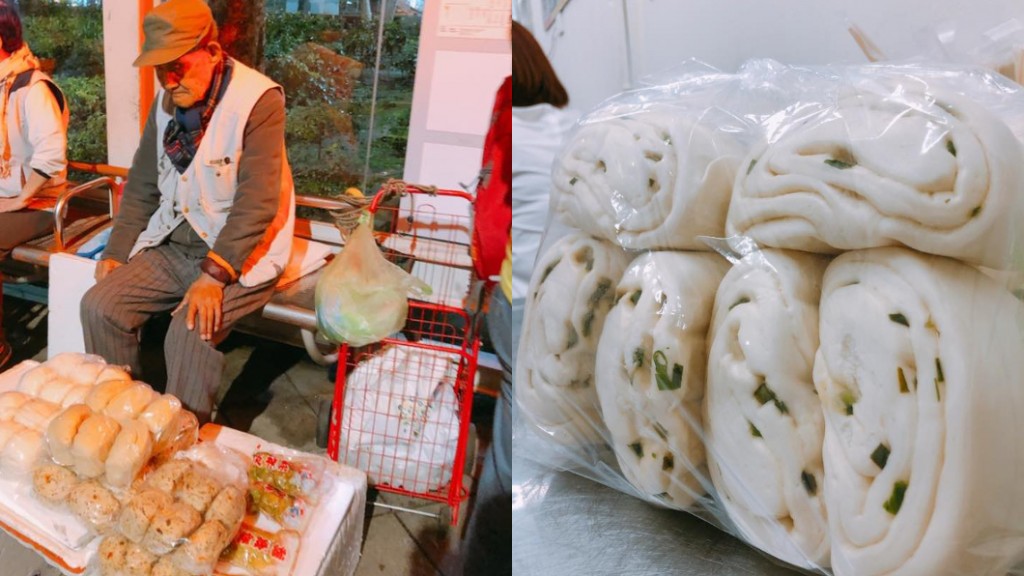 TAIPEI (Taiwan News) -- Photos surfaced earlier this month on Taiwanese social media of a 105-year-old "grandpa" selling "mantou," or steamed buns, to raise money for the care of his sick son.

On April 13, photos appeared of an elderly man selling mantou at a bus stop in Taipei on the Facebook page 食現Ünlimited journeŸ. In the original post, the manager of the page wrote that "Although Grandpa's mantou is not beautifully packaged, it is really big and solid! If you have a good heart and happen to pass by, please help out."

The Facebook blogger wrote that the man sells mantou near the Jingmei Bus Station every day in Taipei's Wenshan District, before switching to a spot near Exit 1 of the Wanlong MRT Station in the evening. The blogger wrote that they bought his entire stock of mantou to enable him to go home early and also purchased dinner for him.

The following is the blogger's account of the encounter with the elderly man:

"He was very grateful and even wanted to give us money, which made us feel very embarrassed. We just felt that it was cold that day and we saw Grandpa sitting alone in front of the bus stop working very hard. After refusing [payment from him] we quickly bought his mantou and left. We then saw Grandpa hurriedly open [the meal] and eat it! From then on, whenever we meet Grandpa we take something to eat and buy some of his mantou."

The blogger wrote that the man's business seems unstable and that there are sometimes many steamed buns left at his stall very late at night, which was "very distressing!" The blogger then added that "Grandpa's mantou are really worth buying!"

The blogger wrote that the man sold a variety of flavors and sizes of steamed buns at a reasonable price. The blogger implored readers to buy his mantou because he will apparently stay at the stall late into the night until he has sold all of the buns.

The blogger closed by saying that although the elderly man had poor eyesight and hearing, "he always greets customers with a smile and has a kind attitude."

After the photos went viral on social media, TVBS was able to track him down and identified him as a 105-year-old man surnamed Tsao (曹), who claimed to be selling the steamed buns to make a living and pay for his son's medical expenses. 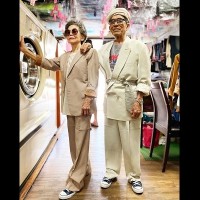 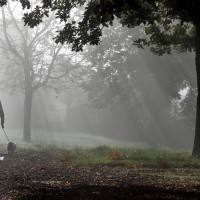 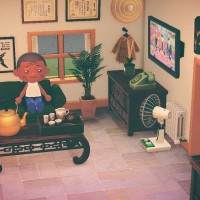 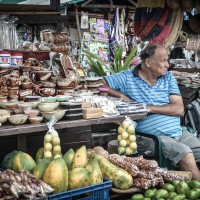