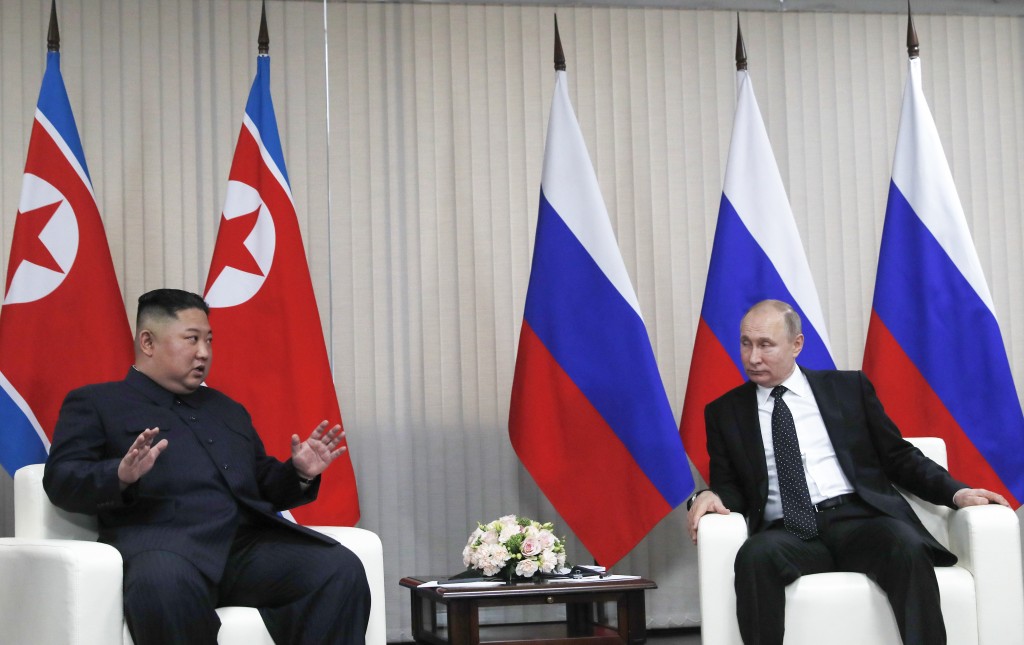 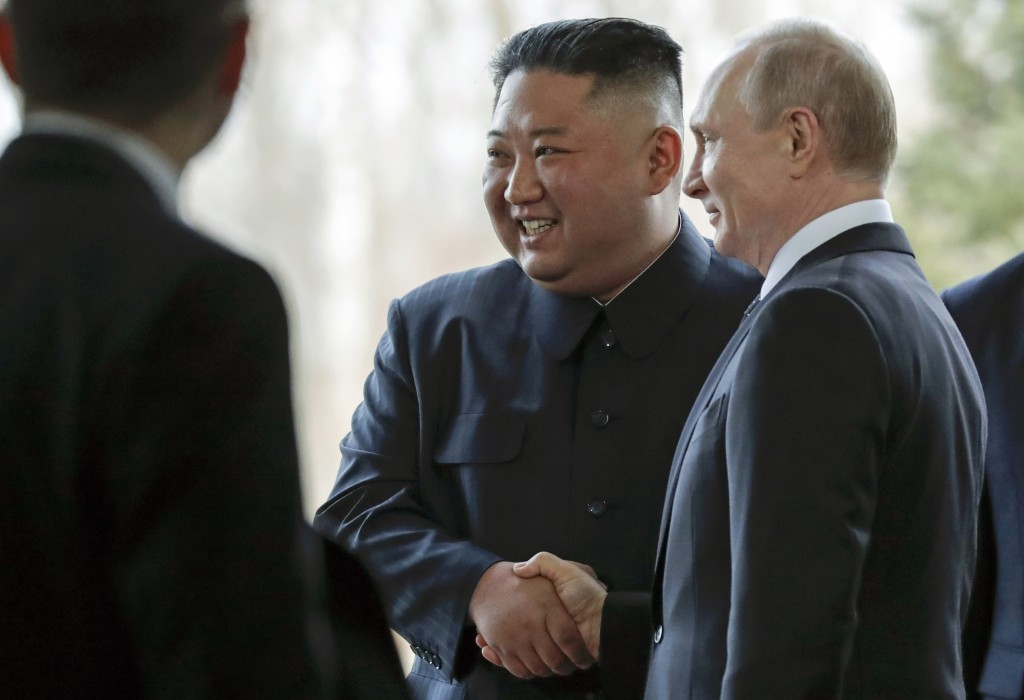 North Korean leader Kim Jong Un even managed to match Russian President Vladimir Putin's manspreading — the two sat with knees spread wide apart as they chatted before the start of their first summit, which began Thursday in the Far East port city of Vladivostok.

With so little else to go on, it's a common practice for North Korea watchers to pay extremely close attention to Kim's every word and gesture when he makes public appearances. Summits are no exception, and there's always lots of analytical commentary, insightful and silly.

What caught the attention of many outside observers Thursday wasn't the scene, but the sound — of Kim's loud breathing.

Clips of the introductory encounter were quickly tweeted around the world, many with comments about the leader's audible breathlessness. South Korea's media, meanwhile, speculated that it could be a sign of Kim's poor health. He is, after all, overweight and a notoriously heavy smoker.

But when the two delivered their opening comments to start the actual talks, Kim seemed to have gotten over whatever the problem was.

Experts have noted that when Kim met President Donald Trump for the first time, they nearly lunged at each other with hands outstretched for a handshake. They vied several times to lead the other with an alpha male hand on the back. Gazes were carefully not averted, lest that appear to suggest submission.

The impression from their second encounter, in Hanoi two months ago, was more measured. The two tended to mirror each other more closely, which is a sign of respect and cooperation rather than aggression.

Kim's first greeting with Putin was more like his performance in Hanoi.

He and Putin approached each other with smiles and held an extended handshake for the cameras. It's often an awkward moment, even for the most experienced politicians. But they appeared relaxed, as they also did during the initial part of the talks, which were broadcast live.

Unlike the much taller Trump, Putin is roughly the same height as Kim, which probably helped.

The health of the North Korean leader has been the topic of speculation before.

During his first summit with South Korean President Moon Jae-in, last April, he appeared to be out of breath as he signed a guestbook after a short walk. He was also shown on TV red-faced at a banquet, likely from the ample beverages available.

But Kim has managed to make it through nearly a dozen summits now.

It remains to be seen how effective he will be in getting out from under the sanctions that have been imposed on his country for its nuclear weapons programs. But if nothing else, he has demonstrated a surprising air of confidence alongside some of the biggest players on the world stage.