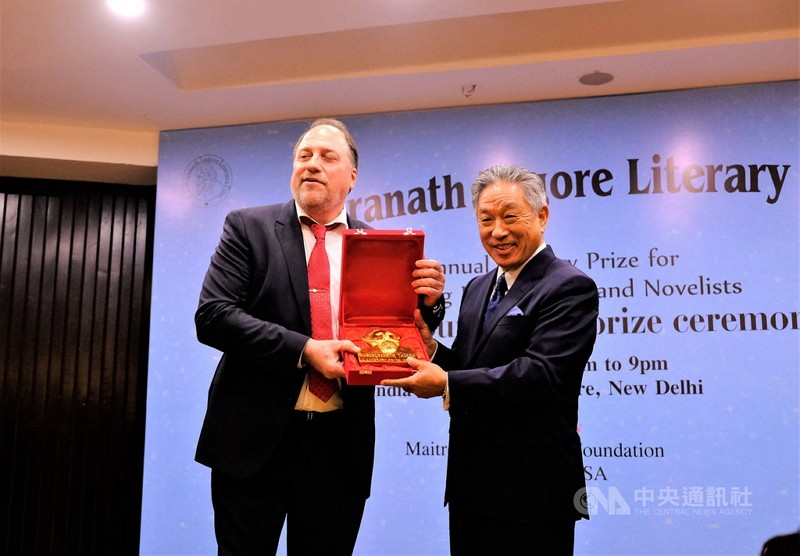 Taiwan's President Tsai Ing-wen (蔡英文) and the Taiwanese people were awarded the 2019 Rabindranath Tagore Literary Prize for Social Achievement in New Delhi on Tuesday for being a "beacon of democracy, human rights and freedom."

The Rabindranath Tagore Literary Prize for Social Achievement was awarded to Tsai in recognition of her efforts to promote freedom, democracy and human rights, Tien said at the ceremony.

He urged other countries, including India, that have the same values of democracy, freedom and human rights as Taiwan to join in the protection of those common values.

"In our full support and recognition of Taiwan we awarded Madame President of Taiwan, Ms. Tsai Ing-Wen and Taiwanese people, as being a beacon of Democracy, Human Rights and Freedom," according to a post on the Facebook page of the prize.