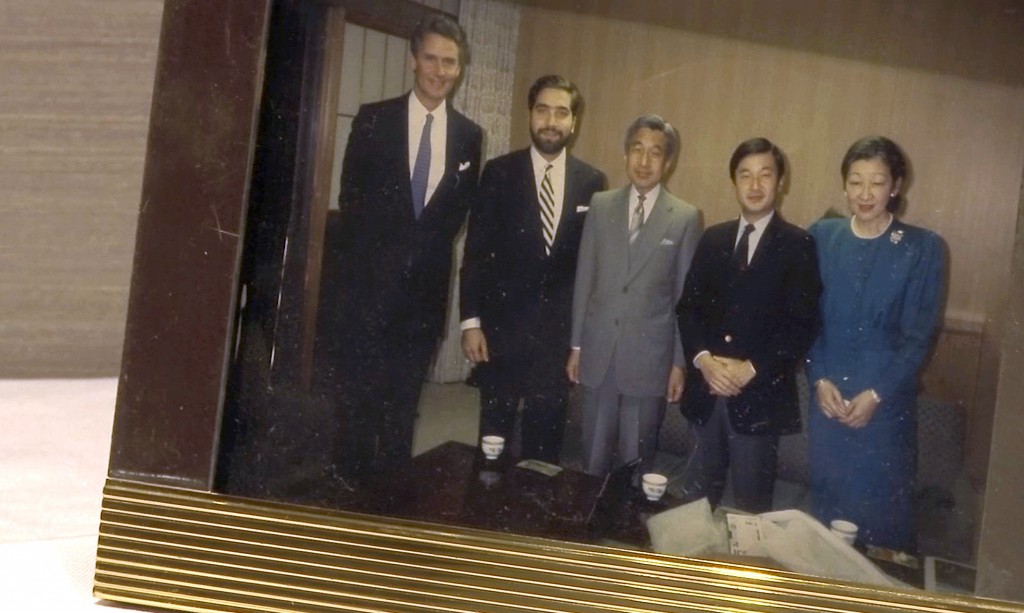 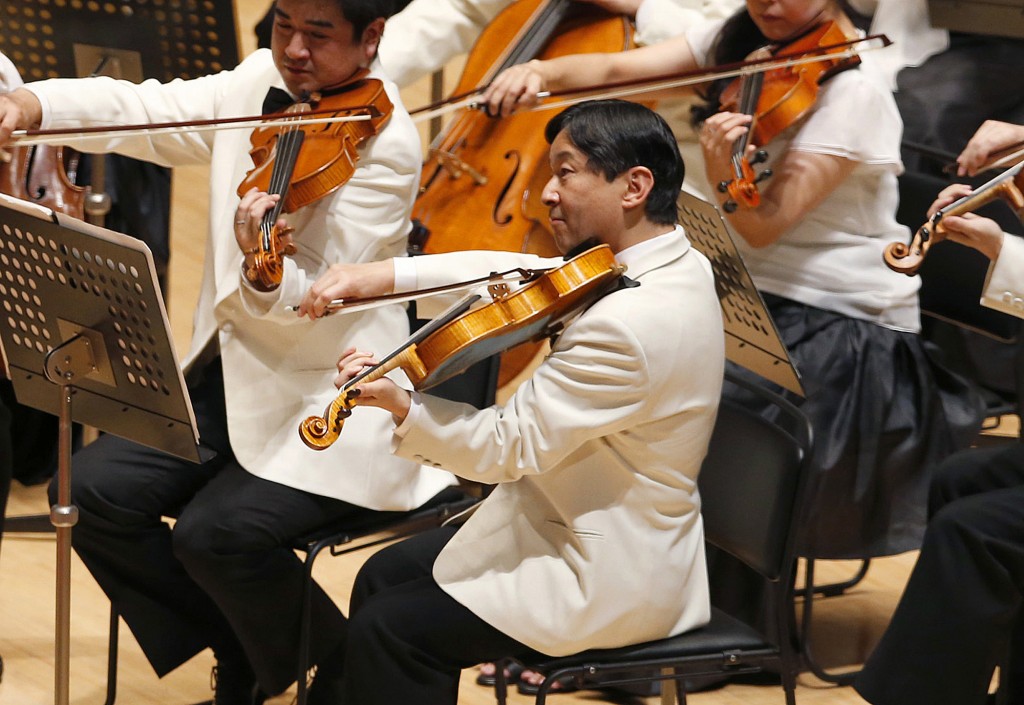 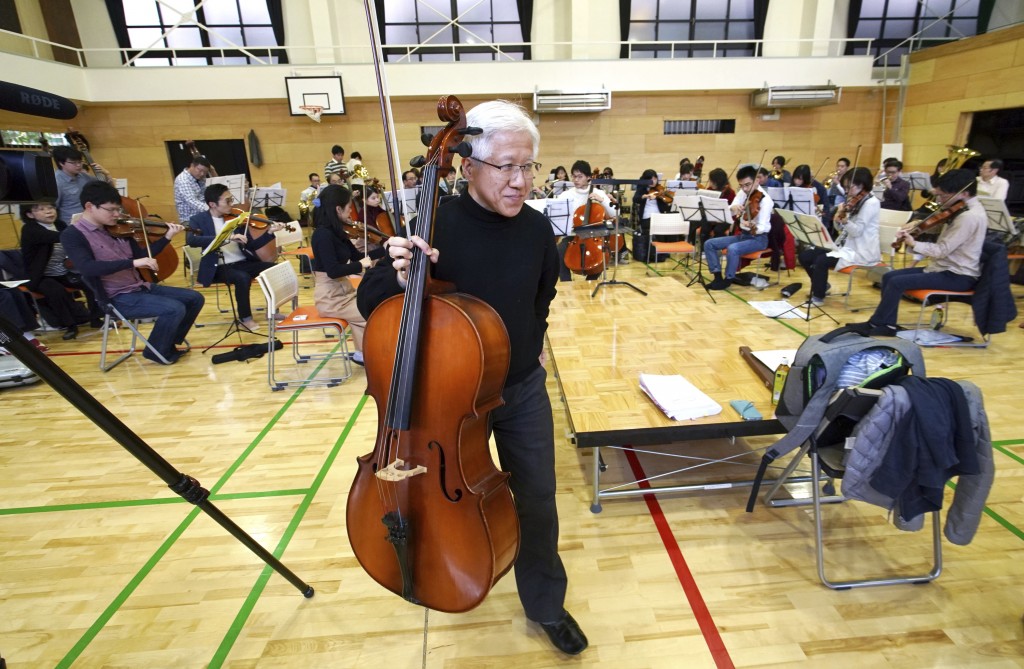 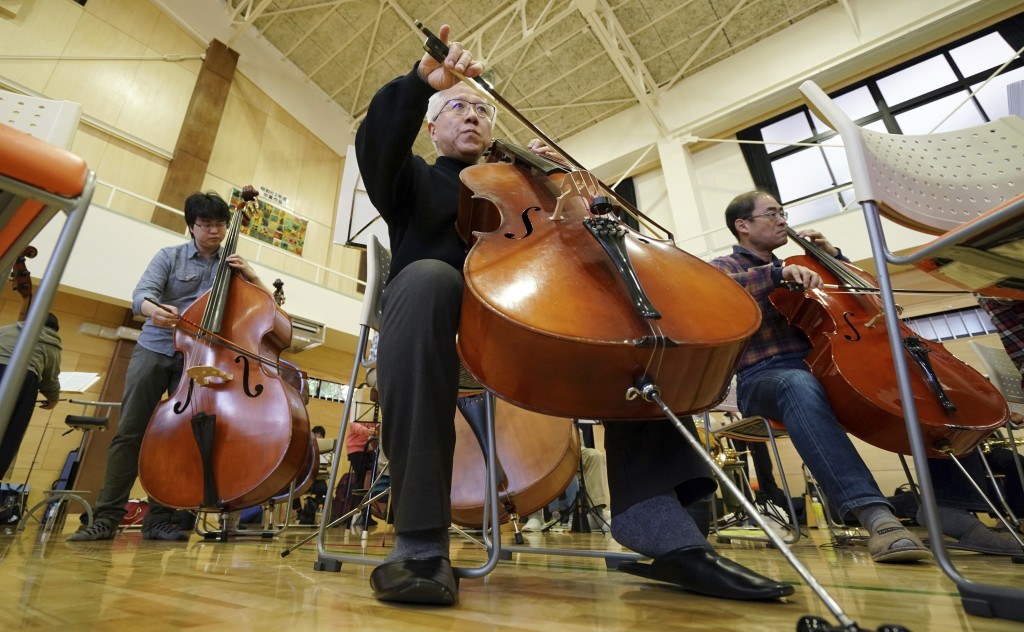 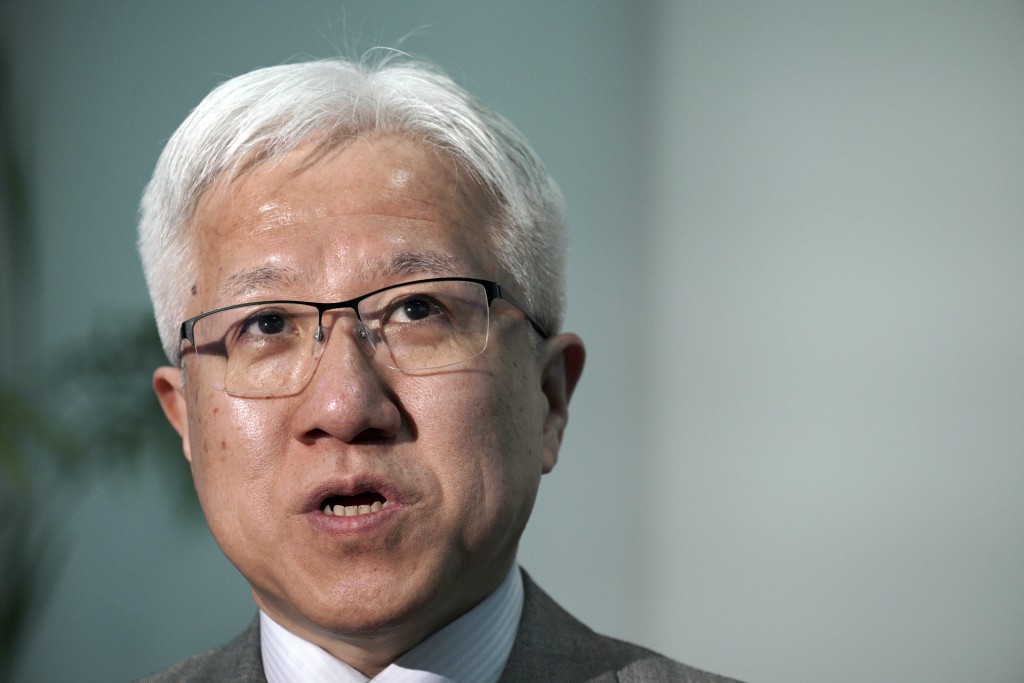 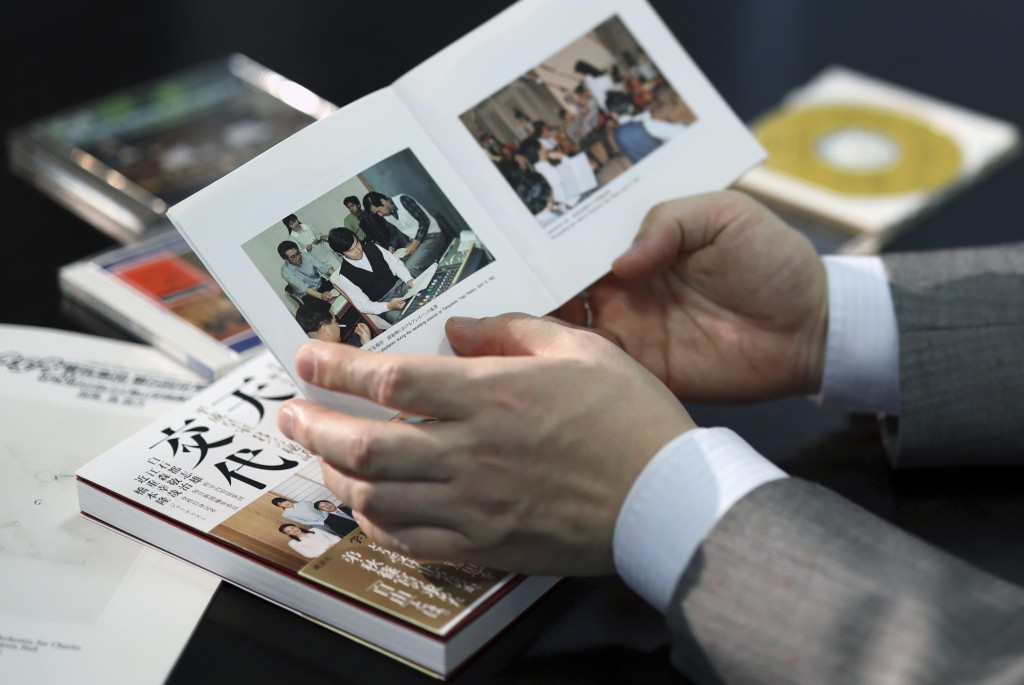 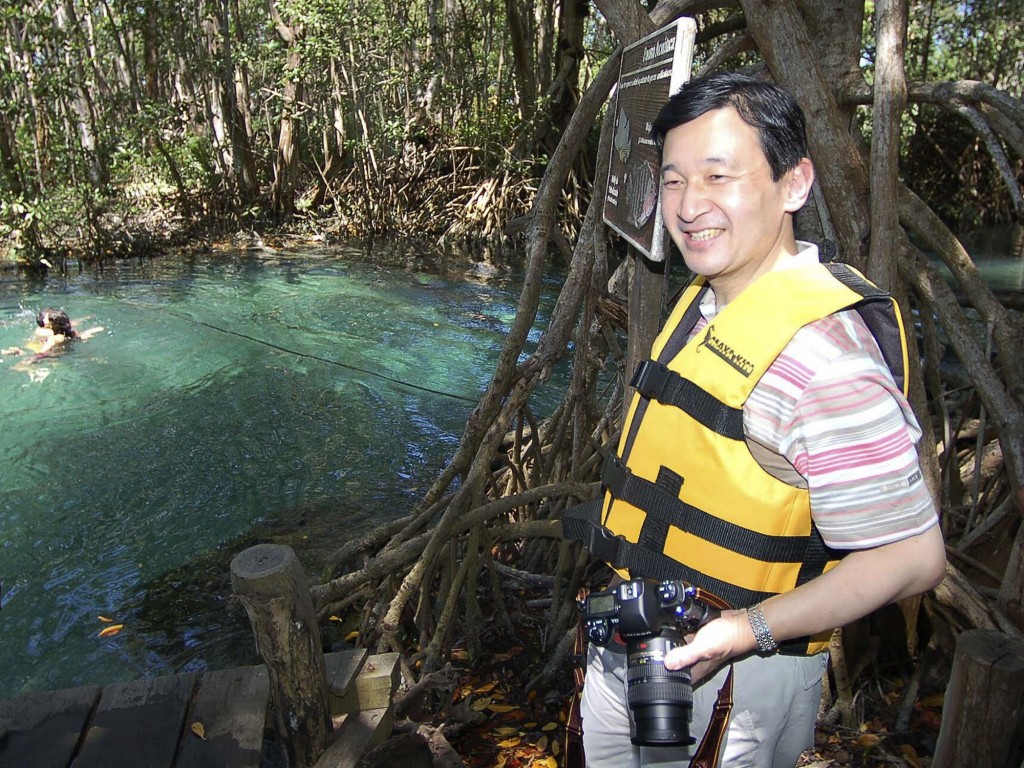 TOKYO (AP) — Japan's soon-to-be-anointed new emperor is a musician and historian, both mild-mannered and quietly tenacious, a team player and a loyal husband and friend who will bring an unusually global perspective to an ancient institution when he ascends the Chrysanthemum Throne on May 1.

Because Naruhito, 59, will be more distanced from the World War II shadows that his 85-year-old father, Akihito, labored under, he may also enjoy greater liberty in shaping the contours of his reign.

Japan's constitution gives the emperor only symbolic status, and Naruhito is likely to emulate his father, who has embraced his role as national symbol. Akihito will end his three-decade reign by abdicating on April 30.

Naruhito, the first Japanese emperor to have studied abroad, is considered a new breed of royal, his outlook forged by the tradition-defying choices of his mother, Empress Michiko, and Akihito, who broke with ancient imperial traditions by opening up the cloistered palace to the people.

Akihito and Michiko, who was born a commoner, chose to largely raise their own children instead of relying on palace staff for parenting.

And they supported Naruhito when he chose to attend Oxford, where he researched the history of the Thames River transportation systems during his time there from 1983 to 1985.

"He will be a fantastic emperor," said Keith George, 57, a friend of Naruhito's since their days at Oxford. "He is a caring person. He is a humble person. But he has never forgotten his duties as the crown prince, and he will never forget them as the emperor."

The two young men hit it off from the start, and George remembers Naruhito both for his sense of humor and their shared love of music: George played bluegrass and country music on the banjo, and Naruhito played the viola.

The crown prince's attentiveness and ability to play down his royal status made a strong impression. "He doesn't look at everything in terms of what it means for him. He looks at it in terms of what it means for the people around him," George, now a lawyer, said in a recent interview with The Associated Press at his office in Charleston, West Virginia.

Naruhito's memoir about his experience in Britain includes humorous accounts of his life away from home, including a mishap with an overflowing laundry machine.

Naruhito will be the 126th emperor, but his role will be strikingly different from that of his grandfather Hirohito. Only with Japan's 1945 surrender in World War II did the Showa Emperor, which is what Hirohito is now called, cease being treated as a living god. Under Japan's U.S.-inspired pacifist constitution, the emperor has no political power.

In an annual news conference marking his Feb. 23 birthday, Naruhito said he was open to taking up a new role that "suits the times." But he said his father's work will be his guidepost.

"I hope to see him develop his own way of doing things in coming years," Toshio Shiraishi, a longtime friend of Naruhito, told the AP. "The crown prince has closely watched the work of the Showa Emperor and the current emperor and learned from them, while trying to figure out what his role could be."

Shiraishi, a gray-haired banker who plays the cello, says the crown prince's choice of instrument — viola — shows a lot about the kind of man he is.

In an essay he contributed for a concert brochure, Naruhito once wrote: "I'm starting to understand the role of viola, which doesn't stand out, but (is needed because the) harmony becomes lonesome without it. ... It's a joy to have chosen the viola as a friend through which I could meet people and play music together."

Naruhito is likewise both a good listener and conversationalist, Shiraishi said.

"He encourages people to talk and helps enrich a conversation," he said. "He doesn't want to be a star; instead he wants to be with people and work together."

Palace watchers say that as emperor, Naruhito might focus on global issues, including disaster prevention and water conservation. He has researched such topics since his 1987 visit to Nepal, where he saw women and young children traveling long distances to fetch water.

Naruhito's wife, the future Empress Masako, is a Harvard-educated former diplomat who may prove an adept partner in his overseas travels and activities. But much will depend on her health, since she has been recovering from what the palace describes as stress-induced depression for about 15 years.

Naruhito has shown himself to be determined. It took him eight years and two rejections before he managed to persuade Masako, who he met at a party in 1986, to marry him.

Masako has largely limited her public appearances since late 2003, after giving birth to their only daughter, Princess Aiko, and facing pressure to produce a son. Naruhito has defended her and said he hopes Masako might slowly expand her role.

The imperial household faces other uncertainties. Only Naruhito's younger brother, Prince Akishino, 53, and Akishino's 12-year-old son, Prince Hisahito, can currently succeed him as emperor since the Imperial House Law confines that role to male heirs. Naruhito's daughter, Aiko, now 17, is not in the running.

Whatever happens, Naruhito will need "a strong will" similar to his father's if he's to pursue his own path as emperor, said Takeshi Hara, a Meiji Gakuin University professor and expert on Japan's monarchy.

George, the friend from Oxford, says he is confident Naruhito can handle his future duties. While at Oxford, where they often went out for drinks and dinners, the crown prince admitted how much he enjoyed the freedom of being a student. Still, he never lamented his destiny, George said.

"Never once did I ever see or feel that he had felt that as a burden," he said.