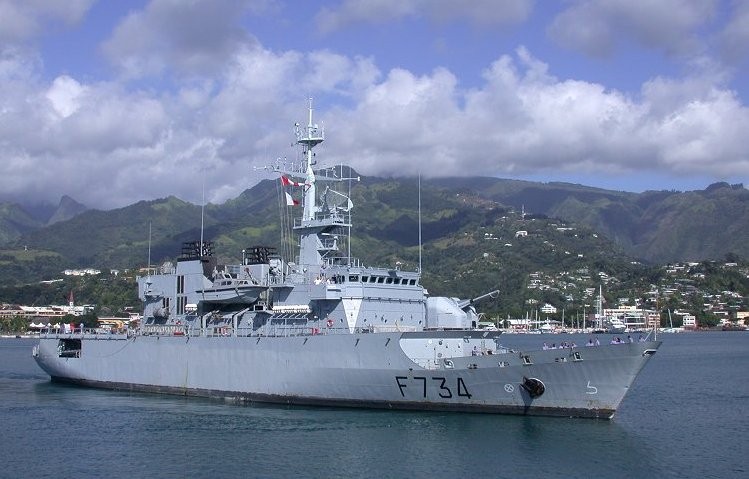 TAIPEI (Taiwan News) -- France was unceremoniously uninvited from taking part in a naval parade to mark the 70th anniversary of the PLA Navy, after a French warship sailed through the Taiwan Strait earlier this month, according to a Reuters report.

In the report, Reuters cited two U.S. military officials as saying that the French frigate Vendemiaire (F734) navigated through the Taiwan Strait on April 6. In retaliation for this perceived slight, the sources said that Beijing rescinded its invitation for France to attend China's parade marking the 70th anniversary of the PLA Navy, which was held on Tuesday (April 23).

China's massive naval parade featured 39 aircraft and 32 ships, including the aircraft carrier Liaoning and the guided-missile destroyer Nanchang. A total of 18 warships from Japan, Australia, India, Vietnam, Russia, and eight other countries also took part in the parade.

The U.S. officials did not choose to speculate on the purpose of the French ship's voyage through the Taiwan Strait. When questioned by Reuters, Ministry of National Defense (MND) spokesman Chen Chung-chi (陳中吉) said it is "a necessity" that ships from all countries can pass through the busy waters of the Taiwan Strait and that Taiwan would continue to monitor foreign vessels passing through the strait.

Abraham Denmark, a former U.S. deputy assistant secretary of defense for East Asia, told the news service that the news of the passage of the French warship was "an important development both because of the transit itself but also because it reflects a more geopolitical approach by France towards China and the broader Asia Pacific." Denmark said that the news is a sign that the U.S. is not alone in viewing China from both the standpoint of trade and from a military perspective.