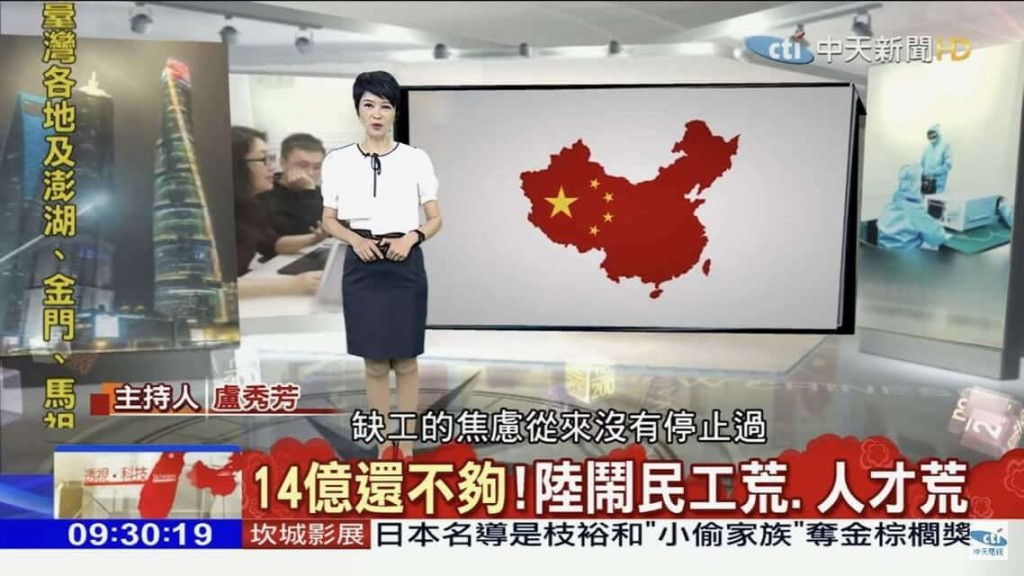 TAIPEI (Taiwan News) -- Taiwanese netizens are furious after a screen capture of a CTi News (中天電視) broadcast surfaced on Tuesday (April 23) which included Taiwan in a map of China, leading many to call for the National Communications Commission (NCC) to punish the pro-China news outlet.

The map of China and Taiwan, coated both in the colors of the Communist Chinese banner, actually appeared as a backdrop on a broadcast of CTi News' show "Looking at New China" which originally aired in mid-May of 2018. Later, concerned citizens reported the incident to the NCC saying that the map did not reflect the actual political situation and that CTi News was presenting a biased view.

In September of last year, the NCC sent a letter to CTi News to convene a meeting of its internal self-discipline and ethics committee and required the minutes of the meeting to be made available to the public for external inspection. The NCC also indicated at the time that it would use the case as a reference for future evaluation of CTi News.

CTi News is well-known for its pro-China stance, exaggerated wording, and biased reporting. In March of this year, it was fined NT$1 million by the NCC for failing to check the veracity of a report last month that 2 million catties (1.2 million kilograms) of pomelos had been discarded by farmers into a nearby reservoir.

This month, the news agency was criticized for appropriating images from the Taiwanese TV drama "The World Between Us" (我們與惡的距離) to be used in unrelated news broadcasts.

On Tuesday, the Facebook group nokmtisgood (打馬悍將粉絲團) posted a screenshot of last May's broadcast with the bizarre map of China. In the post, the moderator wrote, "CTi News has listed Taiwan as a part of the People's Republic of China. This kind of media, unexpectedly can exist in Taiwan..."

As soon as the screenshot was posted, many angry Taiwanese netizens lashed out:

"If this is not treason, what is?"

"CTi News can get the heck out of here. Make them disappear from Taiwan!"

"Take CTi News and China Television off the air immediately!"

"Require the NCC to immediately impose heavy penalties on the Communist media outlets CTi News, China Television, and China Times, and shut them down."

The Paris-based global watchdog Reporters Without Borders (RSF) on March 26 released a report detailing China's strategy of controlling information abroad, with Taiwan listed as the main target of China's disinformation operation, and mentioning the influence of Want Want China Times Media Group and the death of Taiwan’s representative in Osaka. RSF mentioned that since China Times was purchased by pro-Beijing food conglomerate Want Want Holdings Limited in 2008, its editorial policy has changed radically.

Tsai Eng-Meng (蔡衍明), the Taiwanese chairman of the food giant, "has never hidden his sympathies with Beijing or his desire to change the editorial line of the media outlets he bought," according to RSF. In addition, Tsai led a delegation to Beijing in 2018 to meet with several Chinese state-run media outlets and was happy to be spotted with Wang Yang, chairman of the National Committee of the Chinese People's Political Consultative Conference (CPPCC). 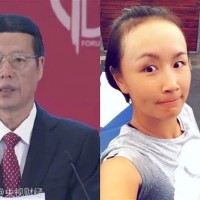 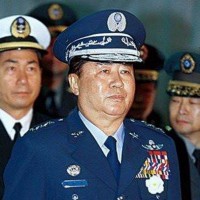