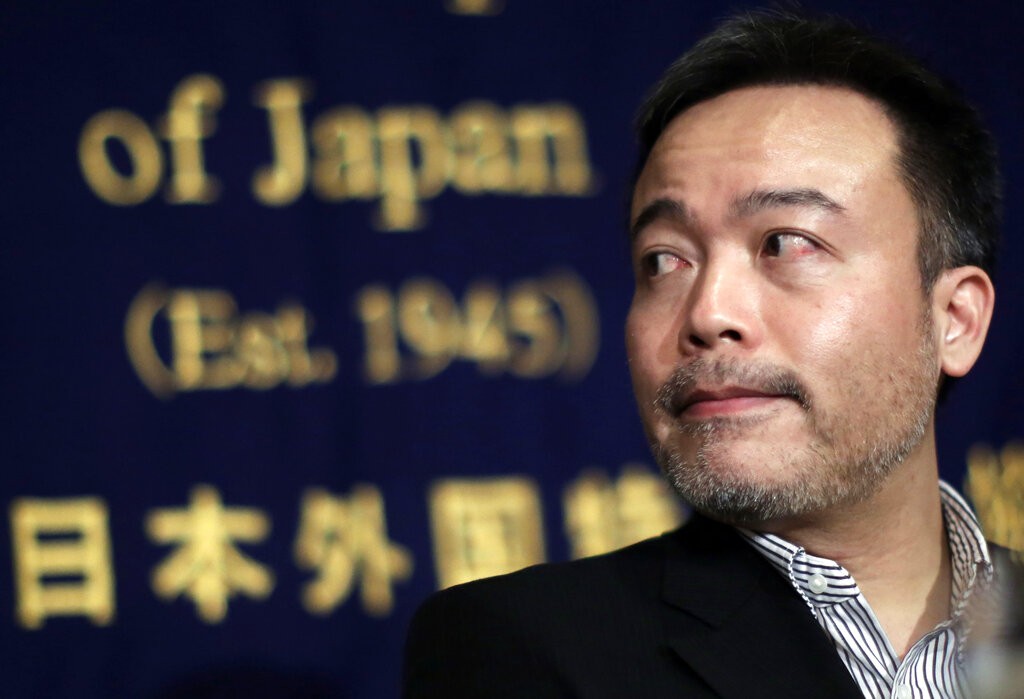 TOKYO (AP) — A Japanese journalist known for covering war zones sued the Foreign Ministry on Wednesday after it invalidated his passport and demanded he surrender it, saying it deprived him of his right to travel and restricted press freedom.

Kosuke Tsuneoka was stopped at Tokyo's Haneda airport in February on his way to Yemen to report on the country's conflict and humanitarian crisis. He was told his passport had been invalidated and was ordered to immediately surrender it.

Tsuneoka is a freelance journalist who has reported from conflict zones in the Middle East and Africa for about two decades, and was held captive for five months in Afghanistan in 2010.

He said he filed the lawsuit because of his concern that the government may be expanding its control over citizens. He said a growing number of journalists have been warned or put under pressure, and as a result Japanese media reports from areas of conflict have decreased significantly, leaving Japan out of touch with the rest of the world.

"I decided to go to court not because of my own personal interest," Tsuneoka told reporters after filing the suit at Tokyo District Court. "Rather, I worry about the direction Japan seems to be heading, as it seems to be losing its perspective on global issues, and I wanted to put the brakes on this somehow."

The Foreign Ministry routinely reminds Japanese media to avoid entering conflict zones. Journalists who have been taken hostage or become embroiled in problems have faced criticism as troublemakers who deserve punishment. People who act independently in Japan are often considered selfish and receive little sympathy.

Yasuhiko Tajima, a Sophia University professor of media and law, said Tsuneoka's case involves a threat to basic rights and democracy. "The case affects the foundation of the freedom of expression and of the press, as well as the right to know," Tajima said.

He said the government's arbitrary use of restraint could also affect members of non-profit organizations and those in medical service. "This is something of great concern."

In January, before the Feb. 2 passport problem, Tsuneoka was denied entry to Oman, where he planned to transit on an earlier planned trip to Yemen. Despite having obtained an e-visa, he was forced to return to Tokyo and rescheduled his trip via Sudan, he said.

Tsuneoka said the Foreign Ministry should have warned him earlier if they knew about his plans.

In 2015, Japan took the passport of a Syria-bound Japanese photographer after two Japanese citizens were killed by Islamic extremists there, prompting a government travel warning.