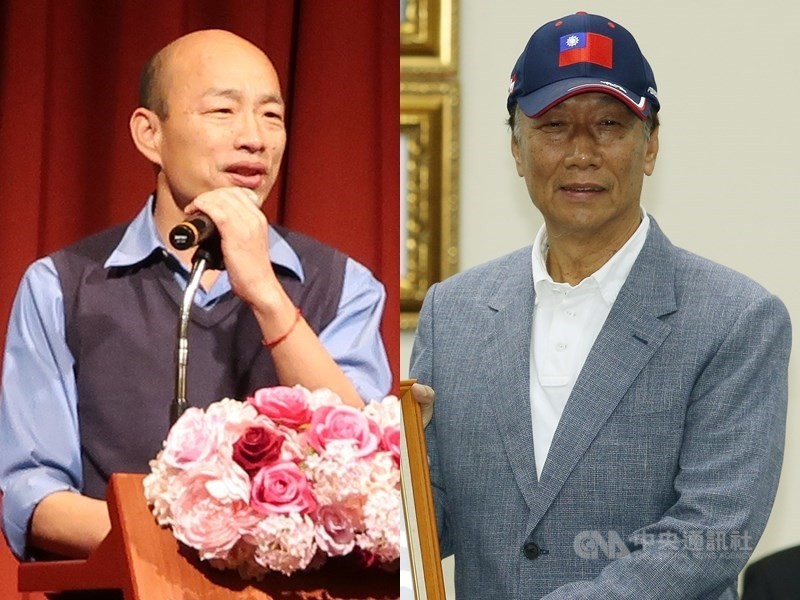 TAIPEI (Taiwan News) - The Kuomintang decided Wednesday (April 24) to include Kaohsiung City Mayor Han Kuo-yu (韓國瑜) in its selection process for a presidential candidate, though it has not decided yet how the choice will be made.

Over the past week, supporters of Han and of Foxconn Technology Group tycoon Terry Gou (郭台銘) seemed to turn against each other, with the vociferous Kaohsiung mayor hinting that there had been a conspiracy within the party to push Gou in order to block his chances.

Earlier this week, Han announced he could not accept the existing primary system, forcing the leadership to look for new ways to avert an open conflict. On his part, Gou had an eligibility problem because he failed to comply with a re-registration of KMT members after the party lost power a first time in 2000.

At its regular weekly leadership meeting Wednesday, the KMT decided to include all potential candidates in the selection process, no matter whether they were “actively or passively” seeking the nomination, referring to both Han and Gou, the Liberty Times reported.

However, the KMT will still have to decide how the primaries will proceed. Either the candidate will be selected entirely by opinion polls to be organized in June, or the choice will be based for 70 percent on polls and for 30 percent on voting by party members.

Another method would require a second round if two contenders finished within 5 percent of each other, cable station TVBS reported.

In a first reaction, former Legislative Speaker Wang Jin-pyng (王金平), who is one of the contenders, said a selection relying exclusively on opinion polls was unfair and unacceptable.

Elections for the president and for the 113 members of the Legislative Yuan are scheduled for January 11, 2020.