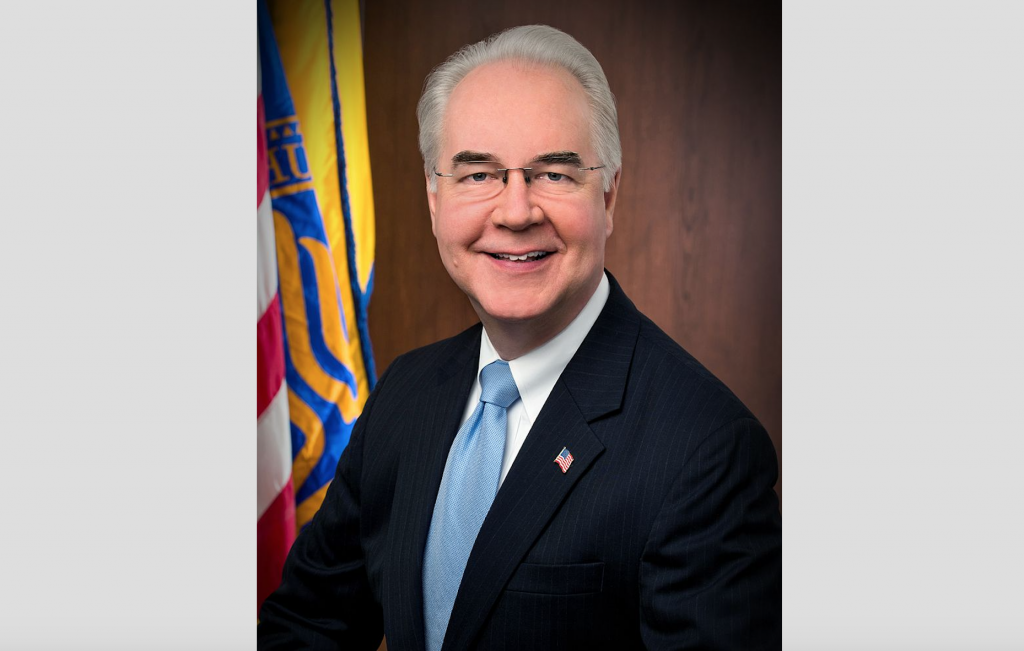 TAIPEI (Taiwan News) — Former U.S. Secretary of Health and Human Services Tom Price will visit Taiwan in late April to take part in a workshop co-hosted by Taiwan’s Ministry of Foreign Affairs (MOFA) and the American Institute in Taiwan (AIT).

Price will be in Taipei from April 29 to May 3, when he will attend and address the opening of a GCTF (Global Cooperation and Training Framework) workshop on fighting tuberculosis, confirmed MOFA on Wednesday (April 24).

Price’s visit to Taiwan is shortly before the annual World Health Assembly (WHA) on May 20 in Geneva, Switzerland. This highlights the U.S.’s support for Taiwan to take part in the international organization and to make contributions to global health issues, an official who asked not to be identified told Central News Agency on Tuesday (April 23).

Due to campaigns launched by China to undermine Taiwan’s international presence and to put pressure on President Tsai Ing-wen (蔡英文), whose Democratic Progressive Party (DPP) is deemed by Beijing as leaning towards independence, Taiwan has not been invited to the WHA since 2017.

Price served as the U.S. health secretary from February to September 2017. He has frequently spoken out for Taiwan’s participation in the WHA over the years.