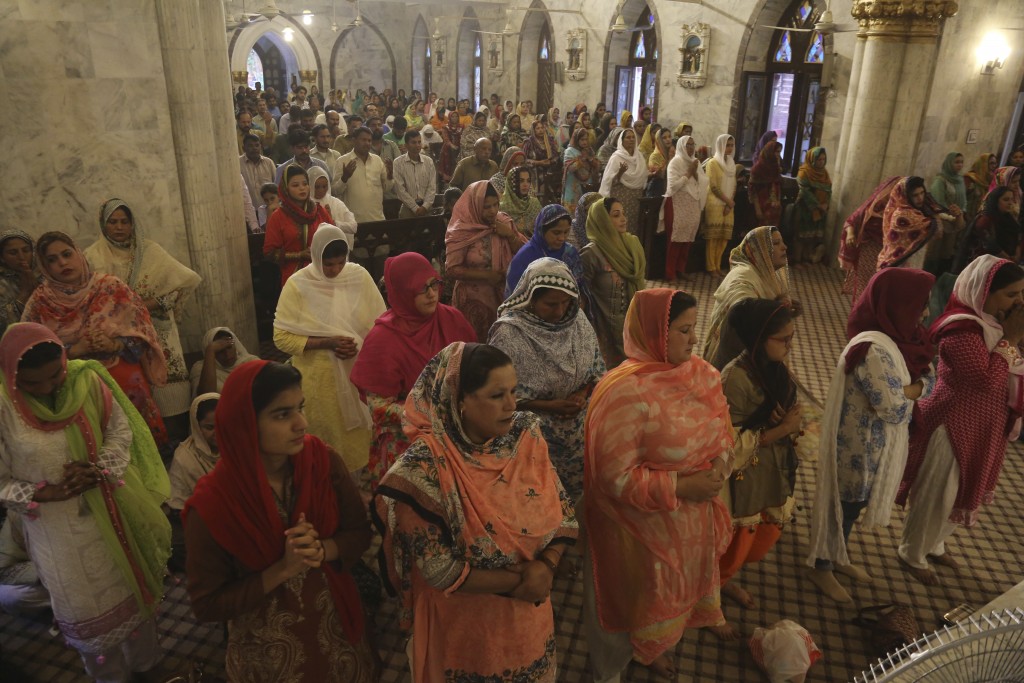 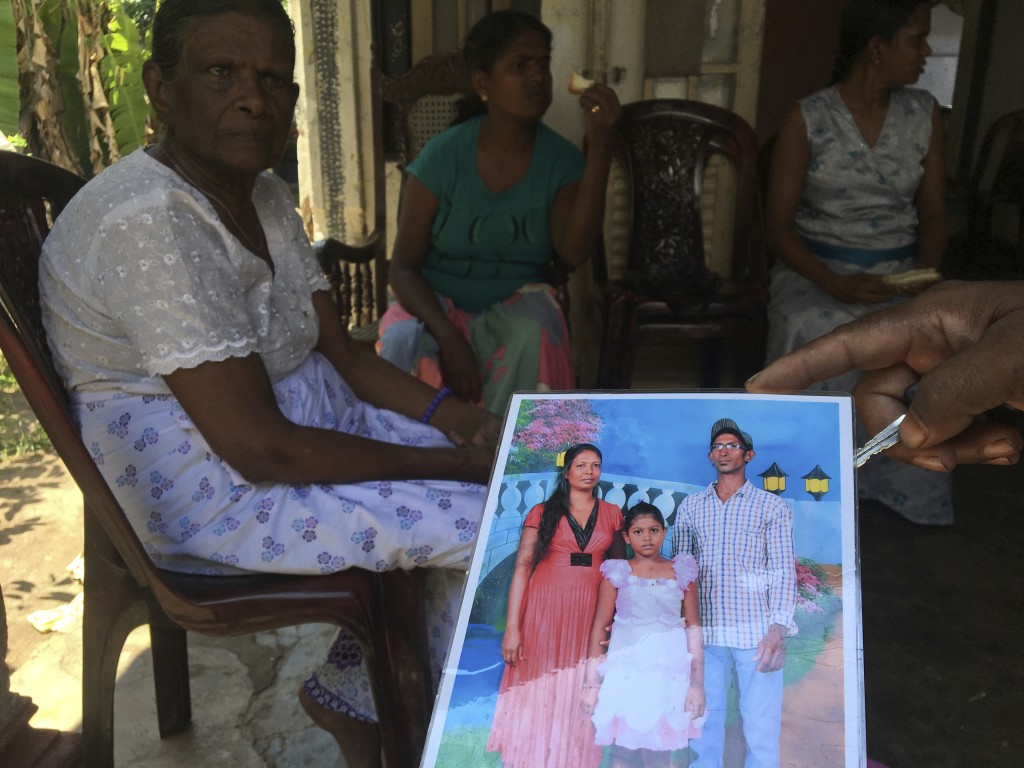 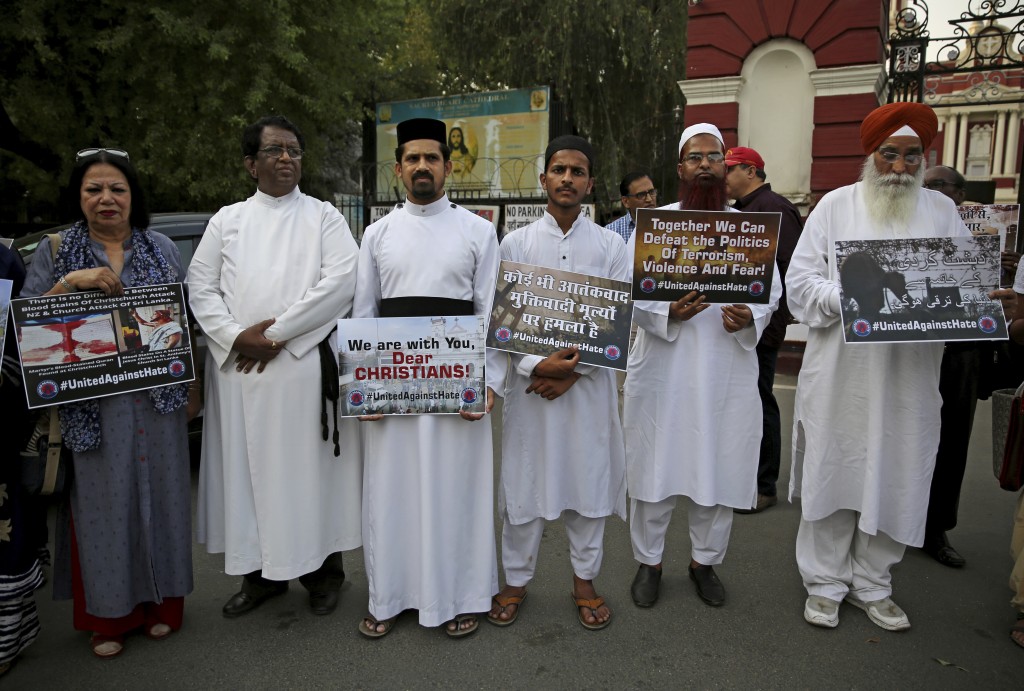 COLOMBO, Sri Lanka (AP) — More than 350 people were killed in bombings of churches and hotels in Sri Lanka on Easter Sunday.

Some details on the victims:

The vast majority of victims were Sri Lankan, many from the nation's Christian minority. Their names and details of their lives were slow to trickle in and difficult to report, in part because authorities blocked most social media after the blasts.

Sneha Savindi, 12, was among them. Her uncle, Duminda, said her badly wounded body was only identifiable by a birthmark on her foot. Stroking the sealed coffin, Savindi's aunt, Lalitha, said, "I wanted to see you as a bride, but now you're in this box."

The Shangri-La Hotel in Colombo, the capital, said three of its employees died at work.

At the hotel restaurant, Nisanga Mayadunne posted a selfie on Facebook showing her and her relatives around a table, eating eggs and sausages. Moments later, she and her mother, Shantha Mayadunne, were killed.

"They were the most loving family anyone could ask for," Manik Mayadunne, Nisanga's cousin, wrote on his Facebook page Monday.

In some places, the violence struck entire families. On Easter Sunday, as they did every Sunday, Berlington Joseph Gomez, 33, and his wife, Chandrika Arumugam, 31, went to church at Colombo's St. Anthony's Shrine. As always, they brought their three sons: 9-year-old Bevon, 6-year-old Clavon and baby Avon, just 11 months old.

Two days later, they were all being mourned by dozens of neighbors gathered at the modest home of Berlington's father, Joseph Gomez.

Candles burned beside three coffins and women sang hymns. The bodies of two grandsons have yet to be recovered.

"All family, all generation, is lost," Gomez said.

Negombo resident Herman Peiris lost two sisters and two nieces — one of whom was about to get married. He said his sisters, Celine and Elizabeth, spent most of their time as involved members at St. Sebastian church, and now people in the community are afraid to go there. He called for more security and for leaders to take both the blame and action.

"We villagers, or civil people, we can't do much," Peiris said.

Carpenter Dileep Roshan, 37, left behind a wife and daughter, his family said.

"His wife and daughter won't be able to do much now because he is gone," said his older brother, Sanjeevani Roshan. "The real question is what will happen to their future."

In addition to the suicide attacks at the hotels and churches, authorities have said two people were killed at a guesthouse and three police officers were killed by an explosion later Sunday that was set off by suspects trying to evade arrest.

Londoner Matthew Linsey's 15-year-old daughter, Amelie, and 19-year-old son, Daniel, died on the final day of their holiday while in the Shangri-La Hotel in Colombo. They apparently survived the first explosion but were killed by a second. Linsey described the event to The Times of London newspaper: "People were screaming. I was with my children. I couldn't tell whether they were all right; it was dark. I was worried there would be another blast. We ran out — another blast."

Lawyer Anita Nicholson, son Alex Nicholson and daughter Annabel Nicholson also died while on holiday and sitting at the Shangri-la Hotel restaurant, her husband, Ben Nicholson, said in a statement. He said, "The holiday we had just enjoyed was a testament to Anita's enjoyment of travel and providing a rich and colorful life for our family, and especially our children."

Former firefighter Bill Harrop and doctor Sally Bradley, a British couple who lived in Australia, were killed in one of the hotels, a family statement to The Australian newspaper said.

The Indian Embassy in Colombo says 10 Indian nationals died in the blasts.

"I am deeply shocked at the loss of our JDS party workers, whom I know personally," he wrote Monday on Twitter.

The State Department says at least four Americans were killed and several others seriously injured. It did not identify the victims.

Fifth-grader Kieran Shafritz de Zoysa, spending a year in Sri Lanka on leave from the private Sidwell Friends School in Washington, D.C., was among those killed, the school said in an email to parents. The email said, "Kieran was passionate about learning, he adored his friends, and he was incredibly excited" about returning to school.

Dieter Kowalski, who lived in Denver and worked for international education company Pearson, died in the blasts shortly after he arrived at his hotel for a business trip, the company and his family told the AP.

The Bestseller clothing chain confirmed Danish media reports that three of the children of its owner, business tycoon Anders Holch Povlsen, were killed in the attacks. However, spokesman Jesper Stubkier gave no details in an emailed response to a query on the matter and said the company had no further comment.

Switzerland's foreign ministry says a Swiss national, a Swiss dual national and a non-Swiss member of the same family were killed in the bombings. It didn't identify the second country or give other details on the victims.

Spain's foreign ministry says a Spanish man and woman were killed but didn't provide further details. The mayor of Pontecesures in northwest Spain, Juan Manuel Vidal, told Radio Galega that he knew the local pair and says they were in their 30s, according to a report by the Spanish private news agency Europa Press.

Australia's prime minister says a mother and daughter from that country were killed. Manik Suriaaratchi and her 10-year-old daughter, Alexendria, were attending a church service in Negombo when they died.

China's foreign ministry says one Chinese citizen was killed in the blasts, while five are missing. Five others were injured, including two who suffered severe injuries.

The Netherlands, Japan and Portugal have confirmed that some of their nationals were among the dead.