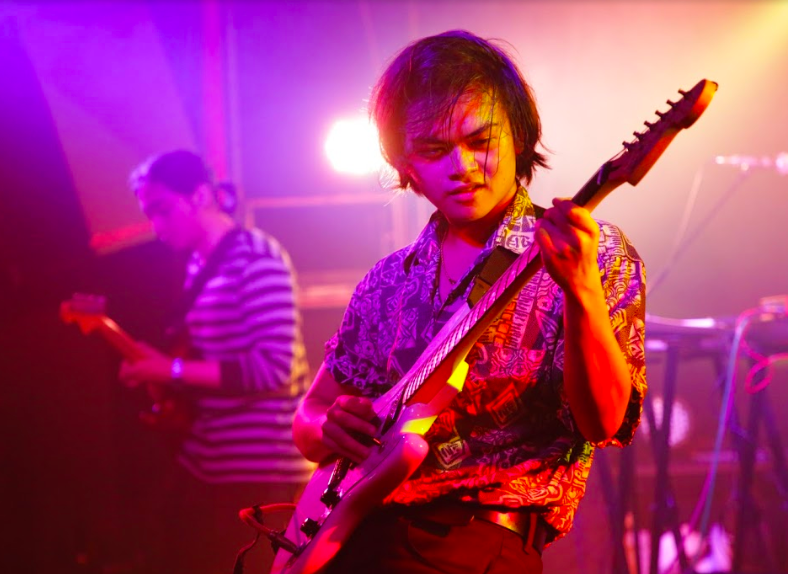 White Wabbit Records has hosted Original Alive for many years and it is part of an initiative that invites international bands to perform in Taiwan. They have invited three groups of musicians to showcase their talents this year and they are scheduled to perform in April and May.

White Wabbit Records is calling the three music events an, “Old Fashioned Date,” since they aim to provide audiences with a romantic night out and fabulous music. The bands include the Philippine band Mellow Fellow, Phum Viphurit from Thailand, and the Canadian band Timbe Timbre.

Mellow Fellow performed their most renowned songs at the event last week, including “Dancing,” “Best Friend,” and “How Was Your Day.” The band said it was an amazing night and they loved the food and the vibe.

Mellow Fellow band members said eating stinky tofu left them with a strong impression. When Taiwan News asked about the reaction of Taiwan fans compared with other countries, they said Taiwan audiences are tamer and better behaved.

“It was a very respectful crowd but very enthusiastic still! We loved every one of them. Definitely one of my favorite countries to perform in!” said Mellow Fellow vocalist and guitarist Ralph Lawrence Reyes.

The band suggested fans should listen to their old songs first, then move on to the new ones. By doing so they will be able to get a feel of what they used to sound like and have an idea of how the sound has grown.

Mellow Fellow’s Reyes said that after appearing in Taipei they will concentrate on writing some newer and better songs. Recently, they have been more focused on playing shows.

“Also, we are working on a U.S. tour. That's the biggest of the projects we've been working on,” said Reyes.