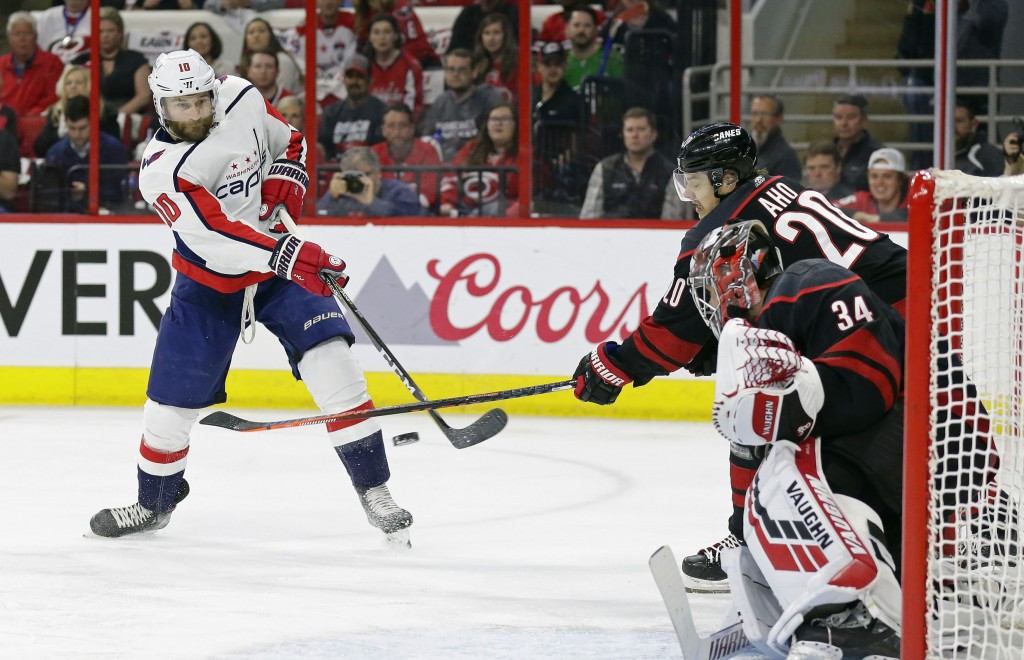 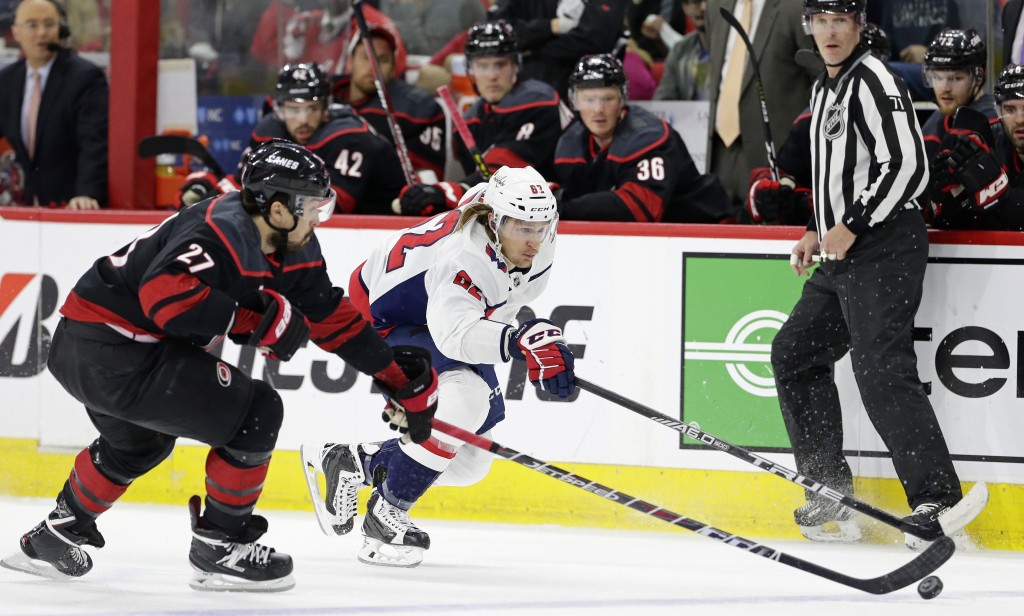 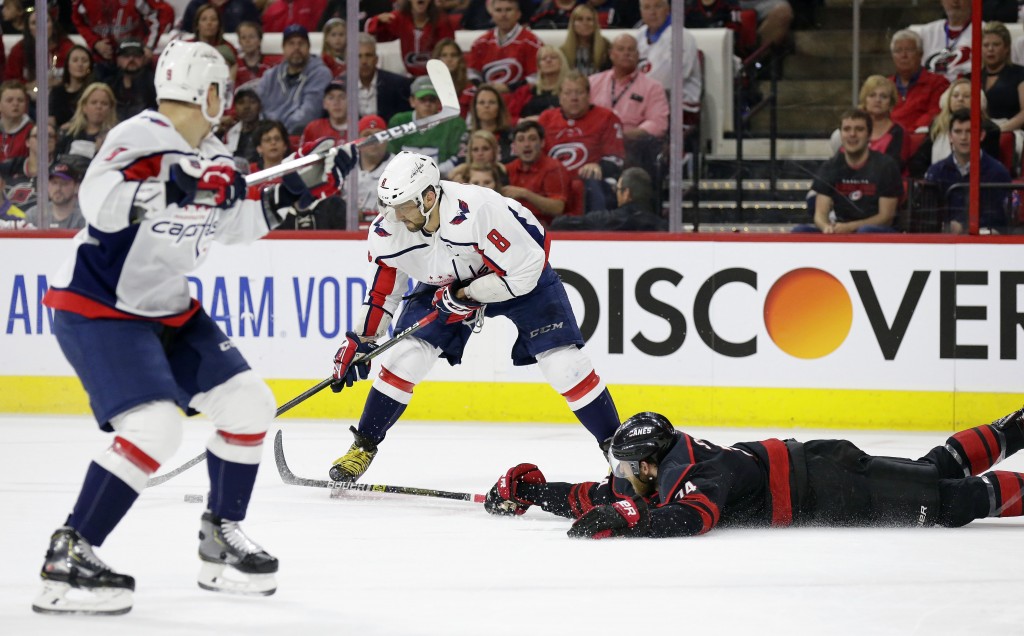 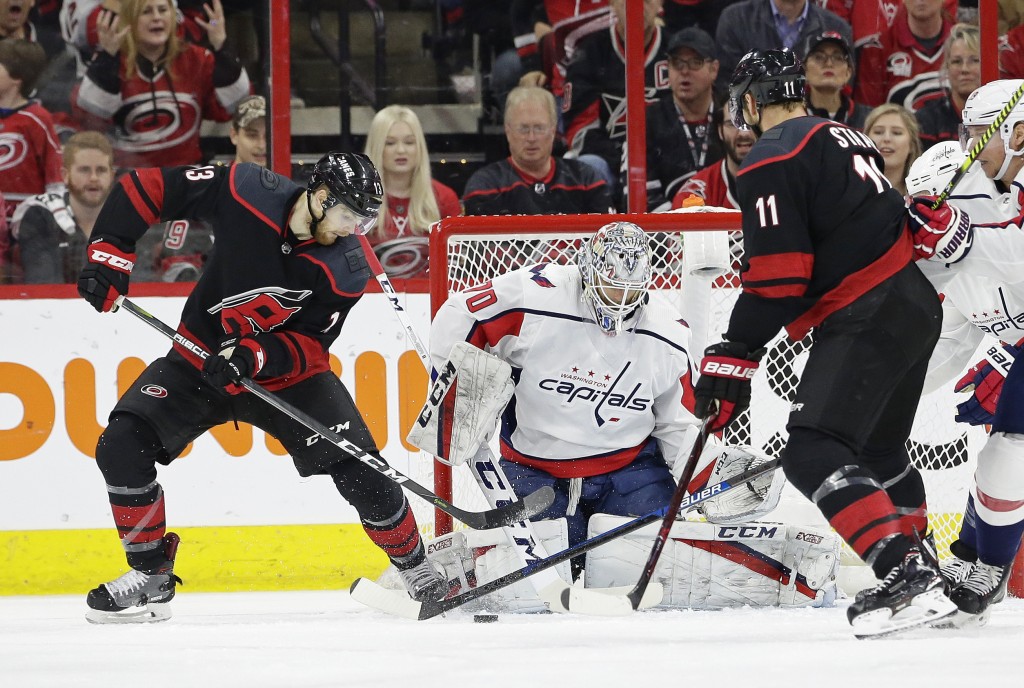 RALEIGH, N.C. (AP) — Jordan Staal scored the go-ahead goal and added an assist in the third period, and the Carolina Hurricanes beat the Washington Capitals 5-2 on Monday night to force Game 7 in their first-round playoff series.

The Hurricanes scored three third-period goals in bouncing back from a 6-0 beatdown in Game 5 and prolonging their first playoff appearance in a decade by one game at least.

Game 7 is Wednesday night in Washington. The winner will play the New York Islanders in the second round.

Washington — which won 10 road games a year ago on its run to the first Stanley Cup title in club history — went 0-3 on the road in this series after winning both regular-season meetings in Raleigh.

Staal gave the Hurricanes their first lead of the game at 3:51 of the third period, following a scramble in front of Holtby. Justin Faulk uncorked a shot from the point and Brock McGinn and Staal both poked at it, with Staal ultimately slipping it past the Capitals goalie to make it 3-2.

Then came the key momentum swing of this one — the waved-off goal that Washington thought should have counted.

As Evgeny Kuznetsov tried to tuck the puck under Mrazek's pads with 9:26 remaining, Ovechkin crashed into the goalie. The officials waved it off, ruling that the Capitals' captain interfered with Mrazek by pushing his pad.

Williams then put Carolina up by two goals 84 seconds later by tipping Brett Pesce's shot past Holtby and Hamilton extended the lead with his empty-netter with 3:06 left.

By that point, the Capitals' frustrations hit their breaking point, with Ovechkin receiving a slashing penalty and a game misconduct with 1:08 remaining.

It helped the Hurricanes that they got a bit healthier, with one of the three forwards injured during this series returning to the lineup. Jordan Martinook was back after a lower body injury kept him out of Game 5. Martinook left Game 4 early after his right heel slammed into the boards as he attempted a hit on Dmitry Orlov.

Another theme of the series was upended: At no point during the first five games of this series did the road team ever lead. Connolly ended that pesky bit of trivia early in this one by scoring at 5:06 of the first.

And Ovechkin's fourth goal of the series — and his third in three games — put the Capitals up 2-1 with 4:48 left in the first when he waited for Jaccob Slavin to slide past him, then beat Mrazek from a tough stick-side angle.

But they didn't score again — and the Hurricanes kept pushing back.

First, Foegele made it 1-all when he beat Holtby with a spinning shot from the slot with 9:25 left in the first, giving him four goals in three home games in the series. He's the second player in club history with four home goals in a series, joining Mark Hunter — who did it with the Whalers against Boston in 1991.

And Teravainen pulled Carolina to 2-2 at 1:56 of the second. Sebastian Aho swiped the puck from Jonas Siegenthaler behind the net and passed to Teravainen in the slot.

NOTES: This was the first game in the series in which the team scoring first lost. ... Ovechkin has 65 playoff goals and moved into sole possession of 22nd place on the NHL's career list. ... Former Carolina F Erik Cole cranked the ceremonial siren that sounds before the Hurricanes take the ice. Cole sustained a broken neck during Carolina's Stanley Cup-winning season in 2006 when he was hit by Brooks Orpik — who's now a defenseman with Washington. ... Carolina RW Andrei Svechnikov (concussion) skated earlier in the day but was scratched. ... Hurricanes LW Micheal Ferland (upper body) missed his third straight game.

The series concludes Wednesday night in Washington in Game 7.