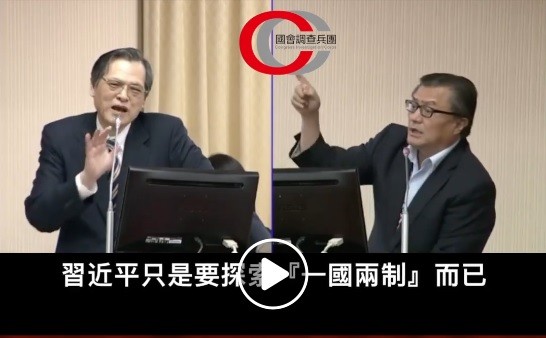 TAIPEI (Taiwan News) -- Taiwanese netizens are incredulous that Kuomingtang (KMT) lawmaker Kung Wen-Chi (孔文吉) on Monday (April 22) asked Minister of Mainland Affairs Council Chen Ming-tong (陳明通): "On what grounds do you urge China to renounce the use of force against Taiwan? Xi Jinping has actually softened his approach to us."

Chen responded by saying that peace on both sides of the Taiwan Strait is very simple. All China has to do is renounce force against Taiwan.

Kung retorted by saying "Why should Beijing abandon the use of force for unification?" He then said, "[Premier] Su Tseng-chang asked Terry Gou to go see Xi Jinping wearing his Taiwan ball cap, it's an ill-conceived idea. He knows full well that Terry Gou and has a good relationship with China and Xi."

Chen then said, "What is there to discuss? Even the Mayor of Kaohsiung openly opposed 'one country, two systems.' Legislators do not need to help Xi to explain it."

Later, Kung said that the MAC had enacted Cross-Strait surveillance regulations "to maintain a state of war and hostility with the Mainland [China]." Chen responded by saying, "We want to defend national sovereignty and dignity! The peaceful development on both sides of the Taiwan Strait is very simple. Just give up the use of force against Taiwan."

In response to Kung's comments, Taiwanese on the Facebook group CitizensMiaokou (公民廟口-立委在做天在看) questioned the loyalties of the KMT legislator, with comments such as, "Are you really an Aboriginal Legislator?" and "Are you really a legislator of Taiwan?"

KMT lawmaker Kung Wen-Chi 孔文吉 asked Minster of Mainlaind Affairs Council Chen Ming-tong 陳明通: "On what gounds do you urge China to renounce the use of force against Taiwan? Xi Jinping has actually softened his approach to us". This is ridiculous. https://t.co/CTcZfOUDdf pic.twitter.com/pLZ73gicWa 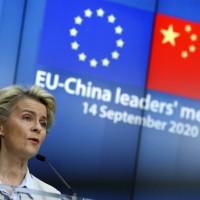