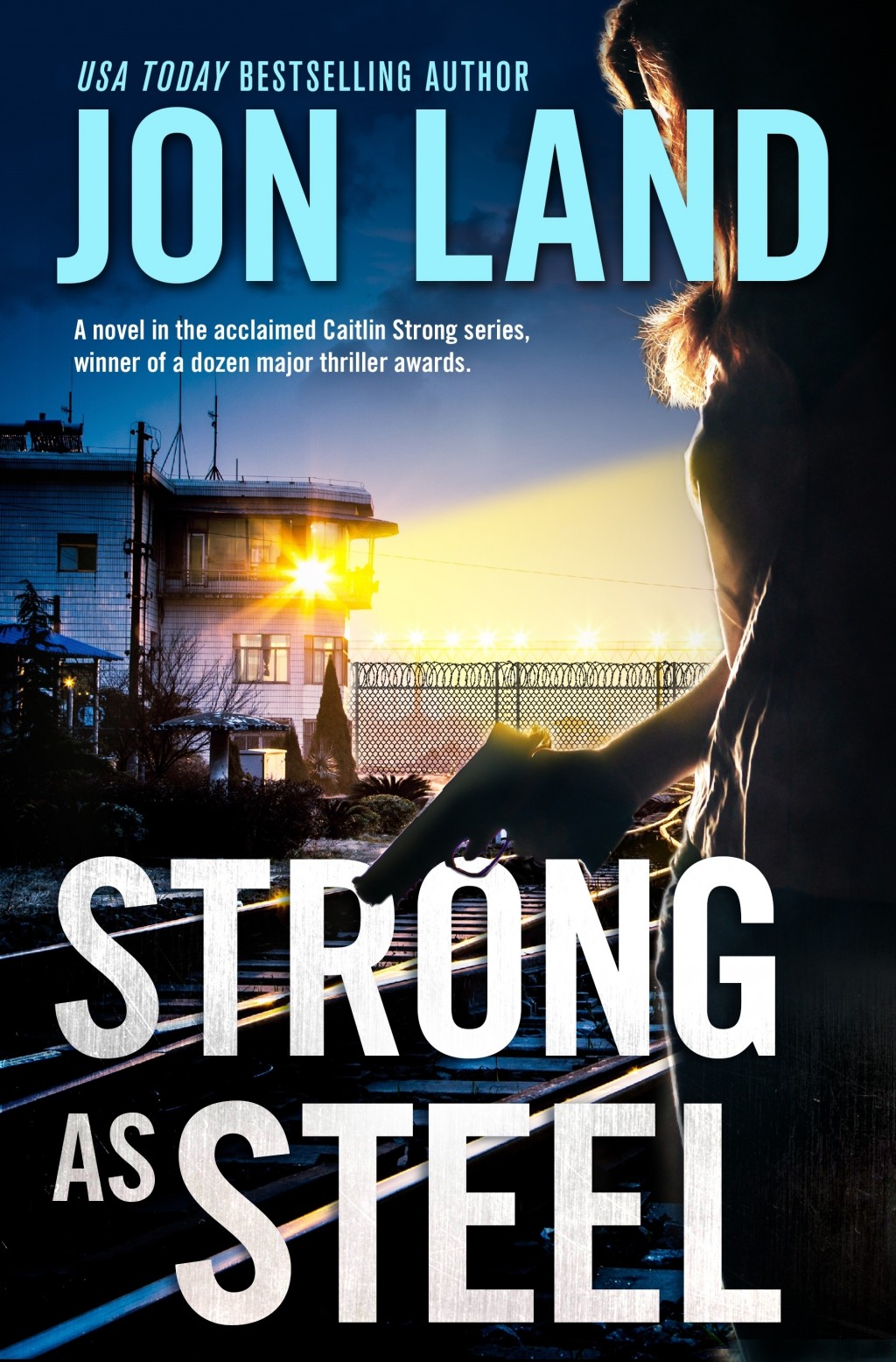 Jon Land's insubordinate, trigger-happy Texas Ranger Caitlin Strong is back again in another action-packed thriller in "Strong as Steel."

This is the sort of thing you might get if Dr. Frankenstein sewed John Wayne's head onto Wonder Woman's body, gave the fearsome creature an unlimited supply of bullets and dropped it into "The Da Vinci Code." In the first 40 pages, the following events unfold in rapid succession:

A freighter with a crew of dead men smashes into a dock at the Turkish Port of Ordu. A bride and groom are gunned down at a drug cartel wedding in Mexico. A team of assassins wipes out the crew of a railroad train in Texas and swipes three crates from a freight car. Caitlin's lover, reformed criminal Cort Wesley Masters, single-handedly rescues a Homeland Security operative on the brink of execution in Venezuela. And Caitlin, with only her sidearm, outguns a team of professional mercenaries armed with automatic weapons and RPGs.

All of this, it turns out later, has something to do with the bubonic plague, a secret religious order that employs violence to protect the one true faith and a stone ossuary that may or may not contain the bones of Jesus Christ.

By the novel's conclusion, Land manages to pull these disparate elements together.

For the uninitiated, Caitlin is a fifth-generation Texas Ranger. As always in this series, the plot has links to an old case investigated by one of her ancestors, and the cartoonish portrayals of violence resemble what might happen if Quentin Tarantino and Marvel's creator of Venom got wasted on cocaine and put their heads together.

Land's fans are in for another wild ride.