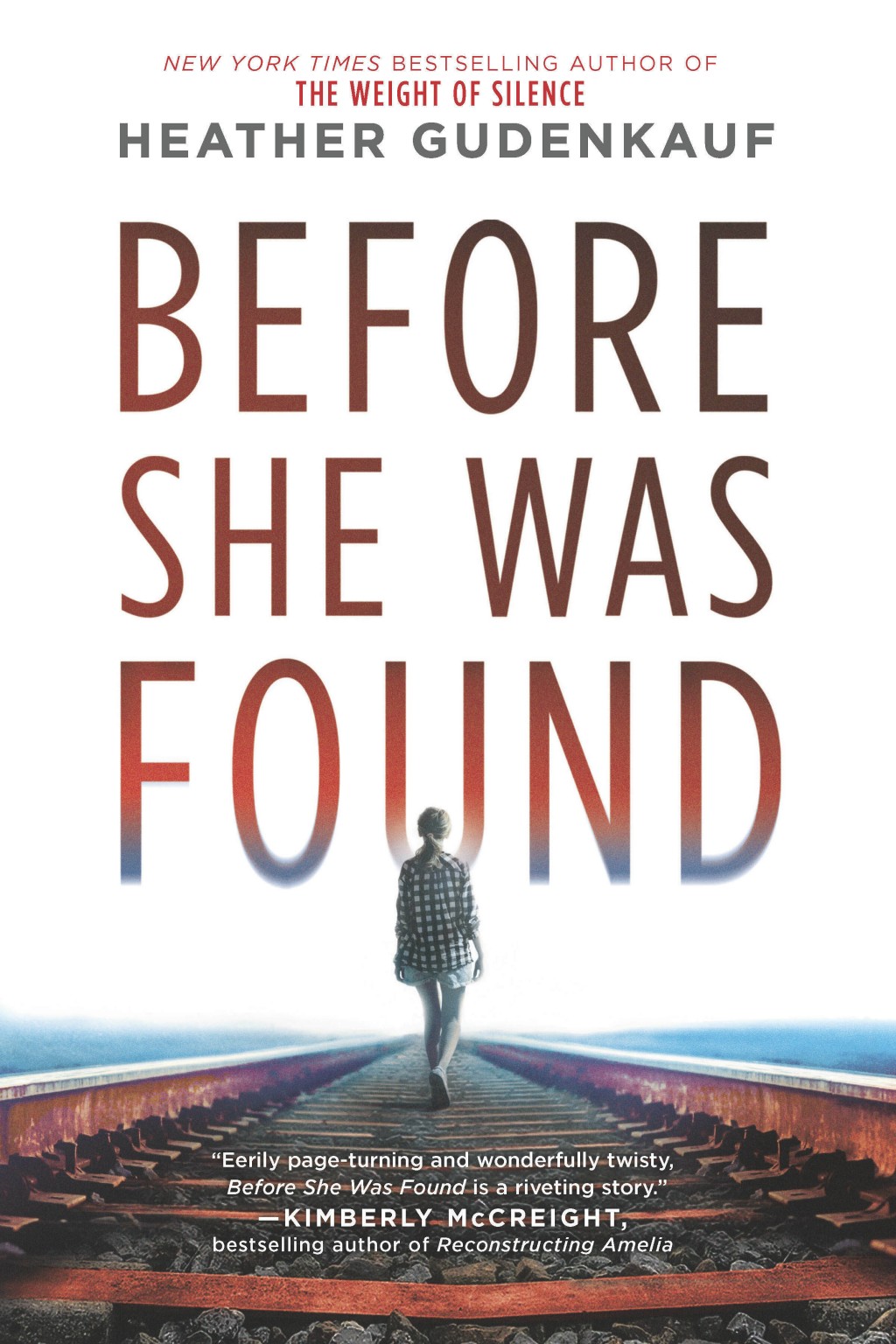 "Before She Was Found" by Heather Gudenkauf (Park Row)

Twelve-year-old Cora Landry starts junior high, and she lacks friends and social skills to succeed in the environment of cliques and budding puberty.

She eventually makes two friends named Violet and Jordyn, and the three seem at least on the surface to be inseparable.

All that changes one night during a sleepover. Cora is found bloody and barely alive on some railroad tracks. One of her friends appears to have been attacked as well, but when they both go to the hospital, the blood on Violet's clothes is Cora's.

Mistrust and questions consume the town. Why was Cora attacked? Why were the girls in such an isolated area? What actually happened? The evidence paints a scenario that is too scary to contemplate for the girls and their families.

Heather Gudenkauf takes a story that has many elements seen in other novels and gives it a fresh spin by telling the story from different perspectives and times with "Before She Was Found."

Cora describes how she became friends with Jordyn and Violet via diary entries up to that fateful night, the parents of the girls tell their side moving forward from the incident, and months later a therapist looking for answers offers another perspective. The narrative jumps back and forth in time, forcing the reader to make personal judgments while also showing how social media and bullying can literally create a monster.