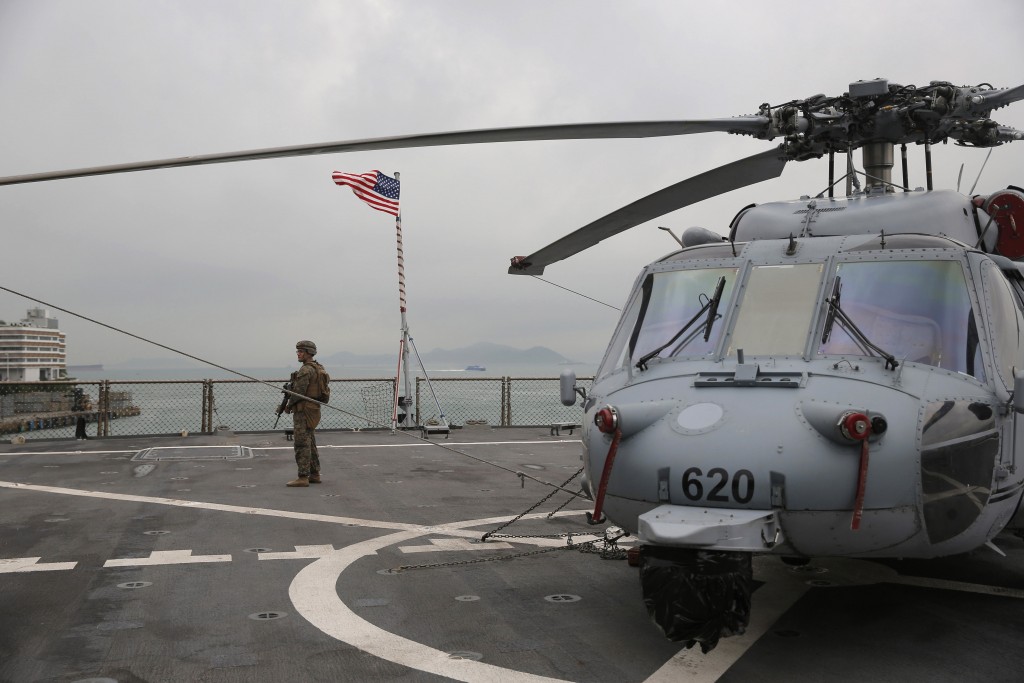 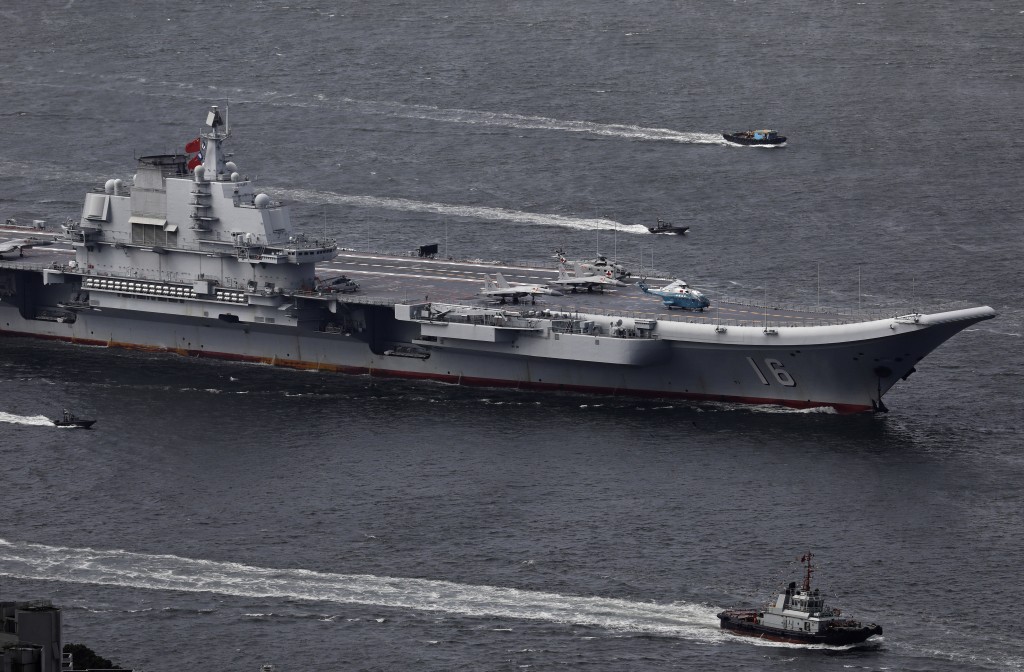 Deputy navy commander Qiu Yanpeng said Saturday that 32 Chinese vessels and 39 warplanes will take part in the event, including some making their first public appearances.

The review is part of a major public relations drive by the Chinese military amid rising concerns over its activities in the South China Sea and other parts of the Indo-Pacific region.

The event off the coast of the northern port city of Qingdao will feature submarines, destroyers, frigates, landing ships, auxiliary ships and the aircraft carrier, the Liaoning.

More than a dozen foreign countries have also sent vessels to take part in the display, including those from Russia, Vietnam, India and American allies Thailand, Australia and Japan, according to Xinhua. That international participation displays the "firm determination to safeguard peace and seek development with joint efforts," Qiu said.

The U.S., China's main regional rival, has not sent a vessel to take part.

Officers from more than 60 countries are also participating in related events. They include the commander of the North Korean navy, Admiral Kim Myong Sik, that country's official news agency reported.

The captain of the U.S. Pacific Fleet's command ship says his encounters with the navies of China and other countries in the South China Sea have been "safe and professional," and that the U.S. will continue to conduct freedom of navigation operations that Beijing has strongly opposed.

Commanding officer of the USS Blue Ridge, Eric J. Anduze, made the comments Saturday during a port call to the Chinese territory of Hong Kong that underscores continuing efforts to maintain exchanges between the keen regional rivals.

"We have been operating in the South China Sea and as part of navigating these waters we encountered not only Chinese but several other navies throughout our time," Anduze told reporters at a ship-board news conference.

"I can tell you that every interaction I've had with every single navy has been safe and professional," Anduze said. "We navigate that way. We follow the rules. We follow International law. And so far, that's exactly what I've seen from everybody else."

Last month, Vice Adm. Phillip Sawyer, commander of the U.S. 7th Fleet, told reporters in Manila that Washington protested "unprofessional behavior" by a Chinese ship, which maneuvered very close to the USS Decatur as the latter sailed closely by a Chinese-occupied island in the Spratly island group in September.

The U.S. Navy says its forces practiced landing helicopters aboard the deck of an Australian ship, boosting interoperability between the two countries whose military alliance China regards as a threat to its expanding regional influence.

The U.S. aviators from the "Island Knights" unit based on the island of Guam landed two MH-60S Sea Hawk helicopters aboard the guided-missile frigate HMAS Melbourne on April 16, the Navy said.

"For both navies, the event strengthened their ability to communicate, maneuver and operate together," a Navy news release said.

"We are always eager to improve interoperability with our partners," Cmdr. Frank Loforti of the Helicopter Sea Combat Squadron 25 (HSC-25) based at Andersen Air Force Base on Guam was quoted as saying.

Loforti said the U.S. side came away with "an even greater appreciation of the capabilities of the Royal Australian Navy."

The Melbourne's commanding officer, Cmdr. Marcus Buttler, was quoted as saying that such engagement "develops shared understanding, trust and capacity to respond to a full spectrum of real world incidents."

Joint training operations this month have also included a rescue and assistance drill and a visitation, board, search, and seizure team exercise, according to the Navy.