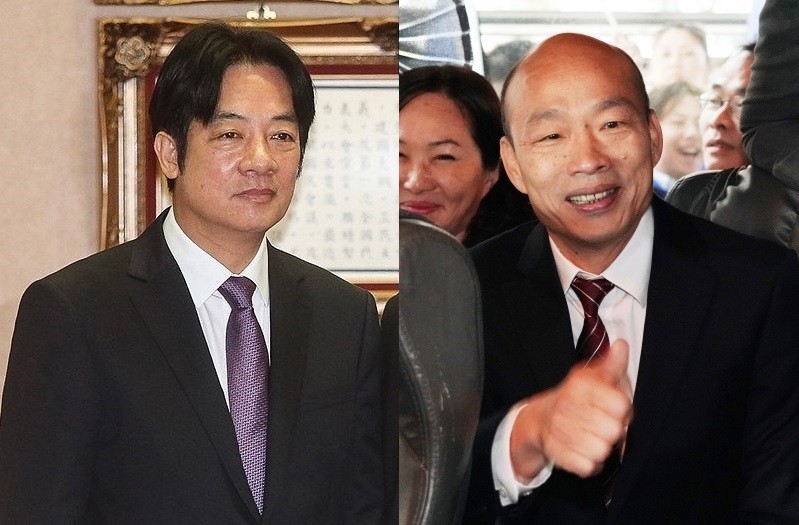 On Sunday, the Taiwanese Public Opinion Foundation released the results of a poll titled "Taiwan Voters Watch the Tsai-Lai Debate" (台灣總統選民看蔡賴之争). When asked for their preference in the DPP primary for presidential candidate, 49.9 percent would choose Lai, 27.7 percent would back Tsai, and 18.8 percent said it was difficult to decide.

In addition, the poll asked respondents to compare Lai with Tsai for seven different traits, including care for people’s needs, promote Taiwan's economic development, bring positive change, have leadership skills, being honest and trustworthy, deal with cross-strait relations, improve the nation’s status and dignity. Lai rated ahead of Tsai in all seven traits by at least 9.4 percent.

For the trait "honest and trustworthy," 47.6 percent of respondents chose Lai, while 27.8 percent selected Tsai, a difference of nearly 20 percent.

Foxconn chairman Terry Gou (郭台銘) was not included in the poll because it had been conducted on Monday and Tuesday, and Gou did not announce his participation in the KMT primary until Wednesday.

The nationwide poll contacted 1,072 registered voters by telephone and carries a margin of error of plus or minus 2.99 percentage points.