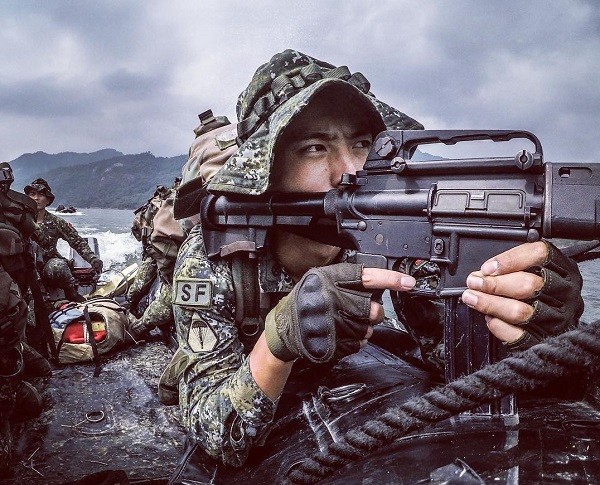 The Ministry of National Defense (MND) has drafted plans to upgrade special port facilities on the outlying islands of Kinmen (金門), and Penghu (澎湖), to assist in the rapid deployment of Frogman units in the Taiwan Strait.

The MND is prepared to invest over NT$400 million (US$12.9 million) into the project, with NT$260 million going to the base in Kinmen, and NT$165 million for the facilities in Penghu.

With China’s increasingly threatening actions around Taiwan and in the South China Sea, the MND views rapid response capabilities around Taiwan’s outlying islands a top priority for national defense.

UDN reports that the new forward bases planned for the ARB-101st are the result of strategic consultations with U.S. military officials.

The upgraded facilities and increased mobility of the Army’s frogmen units will increase Taiwan’s capabilities in waging asymmetric warfare in the event of a Chinese invasion.

In addition to potential invasion scenarios, the ARB-101st may also be employed to occasionally survey the numerous minor islands in the Taiwan Strait, which might serve as outposts for illegal activity or potential threats to national security if they are not secured.

Currently, most of the speedboats and other equipment for maritime operations for the ARB-101st are stored on inland military bases and must be towed to the seashore. After the forward seaside facilities are upgraded, the frogmen will be able to deploy much faster to better safeguard Taiwan’s territory against potential threats.